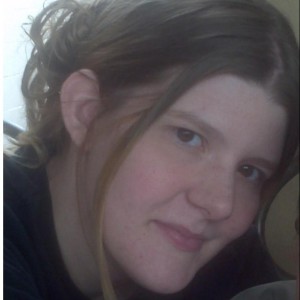 Are you planning on moving to Denver? There’s a lot to love about the Mile High City from its amazing outdoor recreation and music scene to craft breweries and great economy. One of the first and biggest challenges you’ll face? Choosing the best neighborhood in Denver to call home. There are 78 official neighborhoods in Denver so you’ll have some homework to do narrowing down your many options.

Here’s a look at the nine best places to live in Denver for young professionals, families, singles, and more.

Helpful Tip: Without living in Denver, you may not have much way to compare rent, home prices, and population in these neighborhoods. The population of Denver is 720,000. The average home price in Denver is $509,500. You’ll pay an average of $1,660 for rent in the city. Use these numbers to get an idea of whether these top neighborhoods in Denver are above or below average.

Washington Park is often described as the best neighborhood in Denver overall. Not only does it offer an ideal location and beautiful setting with its namesake Washington Park and Smith Lake, it’s also packed with attractions and amenities.

What makes Washington Park one of the best places to live in Denver? Here are just some of the things you’ll love exploring:

Learn more: Is Washington Park right for you? Check our complete guide to living in Washington Park, Denver to learn more about this exciting community!

Find out more: Does Cherry Creek sound right up your alley? Read our comprehensive guide to living in Cherry Creek, Denver with more info on its history, culture, and things to do.

Want to live near the action in Denver’s most exciting neighborhood? You’ll love LoDo, an unofficial neighborhood known for its nightlife. Millennials, singles, and young professionals appreciate LoDo not only for its nightlife and attractions but it’s easy access to public transportation and its downtown location. LoDo’s Union Station is Denver’s central transportation hub and railway line plus a top entertainment destination!

LoDo is the oldest neighborhood in Denver and attracts residents and visitors for its bars, lounges, restaurants, art galleries, and trendy shops. There’s always something to do in LoDo with a fun, walkable layout.

Once known as Stapleton, Denver’s Central Park neighborhood is located in northeast Denver and surrounded by 50 parks and public green spaces including its namesake, Central Park, Denver’s 3rd largest park. The greenery is a defining characteristic of Central Park with outdoor recreation at every turn. The Central Park Recreation Center is one of the top things to do for families every summer with a play pool and lap pool. That’s not all that makes this neighborhood so attractive to families: it also boasts tons of recreation, shopping, and top-rated private and public schools.

There are plenty of housing options available in Central Park including townhomes, condos, apartments, single-family homes, and duplexes. Commuting families are just 6 miles from downtown with light rail connecting the neighborhood to the airport and downtown Denver.

Overlooking Denver’s downtown is Highland, a historic and hip city-center neighborhood that’s divided into several areas. Sometimes just called North Denver, the Highlands has a quiet suburban feel but there are several sections with a vibrant nightlife, dining, and entertainment. In many cases there are amazing mountain views from here.

In Lower Highland (LoHi), you’ll find hip cocktail lounges, craft beer, restaurants, and rooftop bars. This fun area has a mix of modern architecture and multi-family housing and historic architecture. In the Tennyson Street area, you’ll find a vibrant cultural scene with music venues, art galleries, and more. The Highland Square area is a popular destination for nightlife and dining.

Forbes has called the LoHi neighborhood in the Highlands one of the top 20 Best Hipster Neighborhoods in the United States. Young professionals appreciate more than the nightlife, suburban vibes, and hip restaurants; it’s hard to beat the easy commute to downtown Denver from the Highlands!

Green Valley Ranch (GVR) is a large master-planned community in the Denver aerotropolis (metro sub-area centered on an airport) in Northeast Denver and Northwest Aurora. The first master-planned community in the area, Green Valley Ranch is one of the top neighborhoods in Denver for families thanks to its top-rated schools, low crime (58% below the Denver average!), and sense of community.

Green Valley Ranch hosts tons of community events like outdoor movies and concerts. It’s home to the new Town Center Park with a skate park and pond plus the Green Valley Ranch Golf Club and rec center. There’s even two light rail stops to take you directly downtown or the airport plus close proximity to the Gaylord of the Rockies resort and Denver International Airport.

Green Valley Ranch is one of the hottest neighborhoods in Denver with home prices that just keep climbing. You’ll enjoy a short, easy commute to not only the airport or downtown but major employers in the area like the Gaylord resort and Panasonic.

University is one of the most vibrant neighborhoods in Denver. Centered on the University of Denver (DU), the neighborhood is packed with fun things to do like small bohemian coffeehouses, taprooms, and eateries with international cuisine. The Newman Center for the Performing Arts on campus is one of the area’s top performing arts venues. Nearby is the Ritchie Center, a major sports complex for 17 DU athletics programs.

The college life isn’t all University has to offer. Families and downtown commuters appreciate the short commute to downtown. The neighborhood is served by a light rail station for easy transit. If you’re planning to buy, look to the University Park to the east.

Cheesman Park – One of the Top Gay-Friendly Neighborhoods in Denver

Denver is frequently ranked as one of the most LGBTQ-friendly cities in America. While virtually all neighborhoods in Denver are widely considered gay-friendly, Cheesman Park has a special place in Denver’s gay community. Located just east of downtown, the annual gay pride parade begins in Cheesman Park and it hosts tons of LGBTQ events throughout the year. You’ll also enjoy green space, the Denver Botanic Gardens, and plenty of eateries, gay bars, and coffeehouses.

Located 15 minutes southwest of downtown, Harvey Park is one of Denver’s best but most overlooked neighborhoods. Known for its historic Mid-Century homes and brick ranches, many residents have lived in the neighborhood for decades!

Harvey Park is growing in popularity with families moving into the community to renovate the historic homes and enjoy Harvey Park, Riviera Lake, and Harvey Park Lake.

Don’t be fooled by the average home price: Harvey Park remains one of the most affordable Denver neighborhoods but it won’t be for long! The average price above is up 32% in 2022 year-over-year and is based on just 17 homes sold in a year.

Map of the Best Neighborhoods in Denver

Have you settled on a Denver neighborhood to call home? Once you’ve narrowed down your options and signed a lease or bought a home, Wasatch Moving Company is ready to help. Give us a call at 720-798-2878 to get started with a free Denver moving estimate.

Surrounded by mountains in northeast Utah is the state’s capital, Salt Lake City. The city