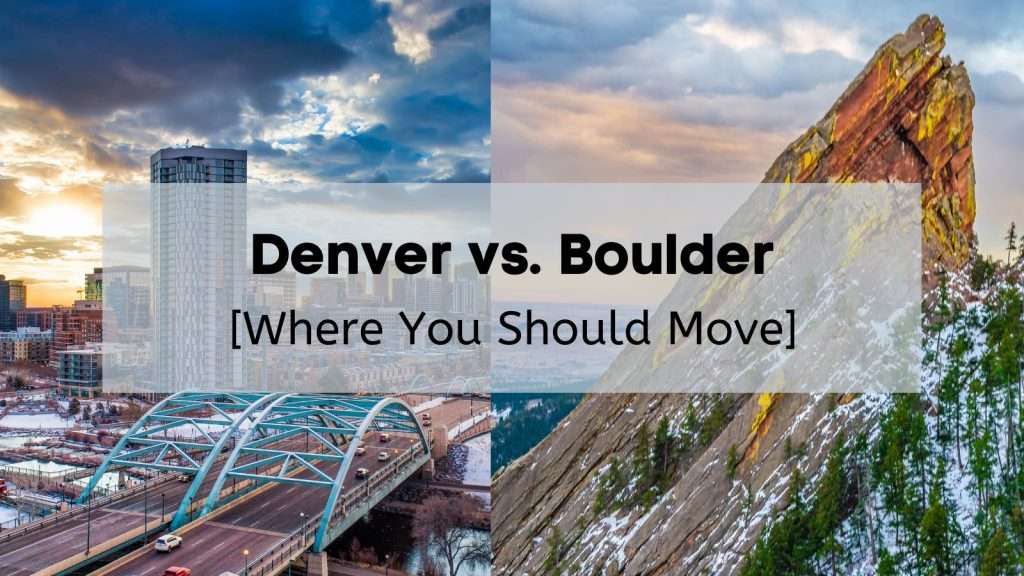 Denver vs Boulder | ⛰️ Comparison, Pros & Cons, Which City is Better for You?

When looking around the Denver metropolitan area, the sheer amount of excellent communities to move to and live in can be staggering, and it can often be hard to decide which to choose – we presume you’re one of those people struggling with this very question, considering you’re here!

Denver, the 19th most populous city in the United States with the nickname of the “Mile High City”, is an economic hub with a bustling cultural scene and just about every sort of attraction one can imagine. Boulder, a suburban city an hour north of Denver’s city center, is a hip city known for its breweries, wonderful outdoors, and prestigious University of Colorado, Boulder.

Both of these cities are excellent places to live for many reasons, so we totally understand why you might be struggling to decide which you should move to. That’s why we’ll fill you in on all the pros, cons, and other considerations you should know before choosing to move to Boulder or Denver!

Pros & Cons of Living in Denver vs. Boulder

Take a gander at our truncated list of various benefits and negatives of living in either Denver or Boulder! These will give you a quick rundown on what the differences are between the two cities.

There are a number of pros to living in Denver:

However, there also some things to consider before moving to Denver:

Boulder has many pros for a prospective resident:

However, Boulder, too, has its own problems:

Comparisons between Denver and Boulder

Want to know more about the nitty gritty? We don’t blame you! Take a look at these detailed breakdowns on various aspects of Denver vs. Boulder to better aid your final decision.

It should come as little surprise that Denver proper is a much larger city than its suburban counterpart. The city of Denver has a population of 715,878, spread out over 153 miles at a population density of 4,700 people per square mile. The median age in Denver is 34.6, and the median household income of the city is $72,661. 14% of Denver’s population is foreign-born, with 58% of them coming from Latin America. Whites are the largest demographic in Denver, at 54% of the population. 50.3% of Denver’s population has bachelor’s degrees or higher educational achievements – an impressive number for such a big city!

Meanwhile, Boulder is a bit more modest, demographics wise. Boulder has a population of 108,777, spread amongst 26 miles of city at a population density of 4,100, comparable to Denver proper. The average age in Boulder is a significantly younger 28.8, owing to the many college students in the area, and the median household income is nearly the same, at $72,279. The primary ethnic demographic in Boulder is Whites, at 79%. 10.5% of Boulder’s population is foreign-born, with 43% of them coming from Asia. And a whopping 76.7% of Boulder’s population has a bachelor’s degree or higher educational certification.

Cost of Living in Denver vs. Boulder

When it comes to cost of living, Boulder will generally be more expensive than Denver. Suburban living arrangements, a local university, and other factors make for much higher property prices in Boulder than in the larger Denver.

The cost of living index for Denver is approximately 13% higher than the national average, with the median home price in Denver is $427,600. Boulder, meanwhile, has a cost of living index approximately 26% higher than the national average, and a significantly higher median home price of $736,000. Things like utilities, basic daily costs, and other more trivial expenses will generally follow this pattern as well. Denver is certainly the more affordable of the two!

Both Denver and Boulder struggle with crime problems, although Boulder’s crime rates are significantly less severe than Denver’s.

The average family of four in the Denver metro area will need $102,011 per year to live, while the same family in Boulder County will need $108,881 per year, according to the Economic Policy Institute.

Denver and Boulder Things to Do & Places to Eat

Both Denver and Boulder have plenty of attractions and restaurants worth visiting! Check out just a few of both cities’ offerings below.

In Denver, prospective residents should be sure to visit the sprawling Denver Zoo, with its wide selection of exotic animals, and the Denver Museum of Nature & Science, with amazing exhibits on all sorts of things, particularly dinosaurs. Be sure to check out the excellent Southern cuisine at the Denver Biscuit Company as well! Of course, these are only a few of Denver’s many, many attractions, places to visit, and places to eat – you’ll not run out of things to do around Denver in any short amount of time!

Boulder, too, has a wealth of attractions and restaurants. As previously stated, Boulder is well-known for its vast number of independent breweries and unique restaurants, most of which are located in the Pearl Street Mall. Additionally, Boulder’s outdoors are truly stunning, especially the Flatirons! Parks like Chautauqua Park allow for hiking all over the beautiful mountains of Boulder.

Jobs in Denver vs. Boulder

As a global trade hub, Denver has an obvious leg-up on Boulder when it comes to job opportunities, but there’s plenty of good work to be found in Boulder as well!

Both Boulder and Denver are located in counties that share their name (Denver County, Boulder County), making it easy to remember! The distance from Denver, CO to Boulder, CO is 29 miles, a drive that might take an hour or a half hour, depending on traffic conditions.

Transportation in both Boulder and Denver is great! You’ll be able to transport yourself easily, be it privately or publicly, through both cities with ease! See our breakdown below.

Denver has an intuitive road system based on a grid oriented towards the cardinal directions, as well as a number of easily accessible highways. As a large city, Denver is one of the most bike-friendly and walking-friendly in the country, although Boulder will have it beat in this department! Public transportation like rail lines and bus lines are all handled by the Regional Transportation District, who also handles bus lines in Boulder.

As for Boulder, it is among the most walking and cycling-friendly cities in the United States, period! Along with significant investment in its bus system, getting around Boulder on public transportation will be very easy!

Whether you choose to live in Boulder or Denver, the move isn’t going to be easy – no move ever is! That’s why you should strongly consider a professional mover for the job, so give Wasatch Moving a call! Our 5-star, affordable, and highly reliable Denver and Boulder moving team will make any kind of move you can throw at them simple and easy! Call now at 720-798-2878 or fill out our online form for a free quote! 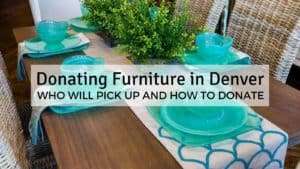 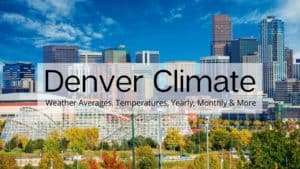 The city of Denver, CO has a semi-arid, continental climate and is home to a 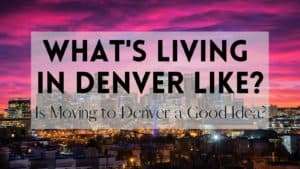 What’s Living in Denver Like? | 🤷 Is Moving to Denver a Good Idea?

Are you considering moving to Denver? Get ready because there’s so much to love about 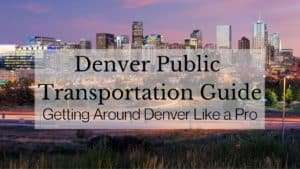 Denver Public Transportation Guide | 🚌 Getting Around Denver Like a Pro

Denver has been named the best place to live in the United States. It isn’t