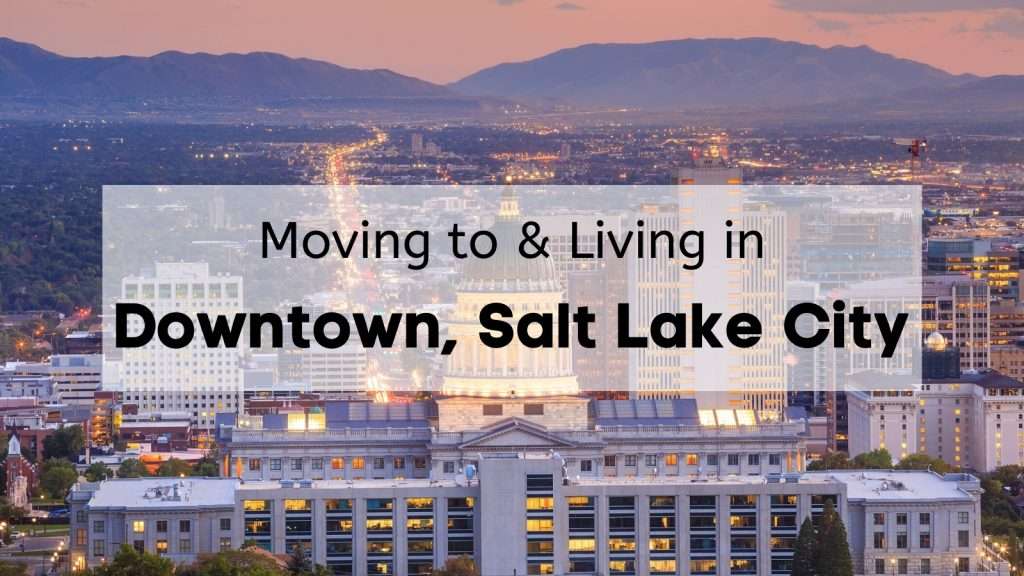 Where is Downtown Salt Lake City?

The City Center offers commuter trains, and light-rail, and 10 bus stops that are all served by the Utah Transit Authority. The bus rides and TRAX train rides are free in Downtown Salt Lake City. If you’d rather commute by foot or bike, take note that Downtown Salt Lake City is very walkable and offers plenty of bike stations scattered throughout the community.

Calling all fellow history nerds 📢 To celebrate over 200 Salt Lake City History Minute videos, one of our GIS wizards made an interactive StoryMap to explore every facet of our City's history! Take a step back in time with us… 🕰️ https://t.co/bZgJLtQD2A pic.twitter.com/Htl5RgbnBy

As time progressed, so did the development of the City Center district. Today, Salt Lake City Downtown is a favored destination for both locals and tourists and is recognized for its numerous historical attractions that play a huge role in the city’s culture. Downtown Salt Lake City Utah has a population of 6,415 whereas the median household income is $49,712. Residents here have a median age of 34 and 5.99% are foreign-born.

What’s it Like Living in Downtown Salt Lake City?

The creative district of Downtown Salt Lake City provides a unique dynamic that allows locals to tune in on open-air concerts, stroll the farmer’s market, watch sports games at the top-rated Vivint Area, and even browse breweries and distilleries. Downtown Salt Lake City is also famed for having some of the best museums in Salt Lake City. Music and performing arts like at the Salt Palace Convention Center, Metro Music Hall, Abravanel Hall, and Eccles Theater further play a huge part in Salt Lake City’s Downtown culture.

A few of the most popular events in Downtown Salt Lake City include, and Utah Pride Festival, Utah Twilight Series, and Utah Arts Festival– hosted at the Gallivan Center.

You can purchase the Connect Pass which allows you to get amazing deals on some of the top cultural activities in the area.

Unlimited access to urban amenities isn’t the only advantage this district has to offer– the serene views of the mountains in Downtown Salt Lake City is something that never loses its charm. The district also boasts incredible architecture which is famously abundant in Temple Square- a center of history and worship.

A post shared by Temples 📸 by Josh Packer (@temple.photos)

The 10-acre complex known as Temple Square is by far one the most notable attractions in Downtown Salt Lake City and the rest of the city. It features over five city blocks of interesting exhibits, fun activities, and historic religious sites such as the iconic Latter-Day Saints Conference Center, Salt Lake City Tabernacle, and the soaring Salt Lake Utah Temple. If you appreciate majestic architecture and landscaping, gourmet dining, and fascinating history, the religious icon of Downtown Salt Lake City’s Temple Square does not disappoint.

Salt Lake City’s Downtown is home to upscale shopping like at the City Creek Center– a premier open-air shopping center with over 100 stores. Another great option is The Gateway. This mixed-use open-air mall features unique shops, dining, and even hosts the Utah Beer Festival.

When you’re not strolling through the farmers market, there are plenty of farm-to-table restaurants and upscale eateries to choose from. A few of the best local restaurants in Downtown Salt Lake City include The Bayou with delicious Cajun-style fare and Chedda Burger with its legendary hamburgers.

Things to Do in Downtown SLC

When you’re not busy watching sports, attending city events, or visiting the Mormon churches,
Downtown Salt Lake City has many more fun things to do. If you’re in the mood for learning, the Discovery Gateway Children’s Museum and Church History Museum are excellent museums to check out. You can also take your kids on an exciting experience at the Clark Planetarium which features IMAX films, exhibits, and laser light shows. Need to take your mind off things? Stroll around the paths and playgrounds of Pioneer Park!

The areas surrounding Downtown Salt Lake City are served by the Salt Lake City School District of over 20,798 students and a student-teacher ratio of 21:1. While there are no regular public schools within the district’s borders, there are plenty of quality schools nearby such as East High School and Bennion Elementary School.

According to US News, Salt Lake City scores a 7.8/10 crime index score and has a lower crime rate when compared to metros of similar size. In Salt Lake City’s Downtown, the western areas tend to be the most crime-ridden as opposed to the rest of the district.

It’s the warm before the storm! Did you happen to check out the amazing sunrise this morning? The forecast shows the winds are going to pick up and temperatures are going to drop this evening into tomorrow. This may impact travel, so please plan ahead. #saltlakecity #slc #utwx pic.twitter.com/pvRkHRRTuH

One of the top-rated apartment complexes in Downtown Salt Lake City is Seasons on City Creek: