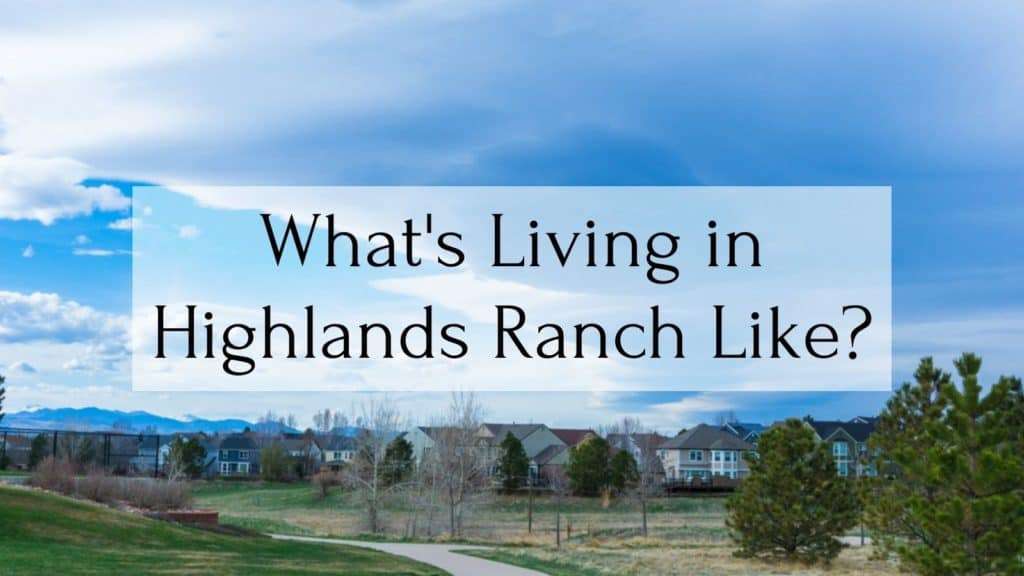 The pleasant area of Highlands Ranch, CO is an unincorporated community and a census-designated place (CDP) located about 15 miles south of Denver. Highlands Ranch covers an area that is bordered by neighboring cities of Centennial, Littleton, Castle Pines, and Wolhurst.

The area now called Highlands Ranch was once inhabited by nomadic tribes like the Utes, Arapaho, and the Cheyenne. The French took control of the area in 1682 as it became a small portion of Louisiana. From there, a man named Curtis H. Field came to own the community by purchasing it in February 1870.

People keep moving to Highlands Ranch because it is a great place to live and is known for its local Highlands Ranch Mansion. The building is also known as Castle Isabel and was completed in 1904, though it also went through a renovation between 2010 and 2012.

As it continues to grow, the population in Highlands Ranch is 99,810 with a median age of 40 years old. Some of the largest growth has occurred in the last decade as many newcomers continue relocating to Highlands Ranch.

The community is growing more diverse as Highlands Ranch demographics show the population is made up of about 70% Caucasian, 8% Hispanic or Latino, 6% Asian, and 1% Black or African American. Among the most affluent areas around Denver, the median household income in Highlands Ranch is $132,836, about twice the national average.

2. Things to Do in Highlands Ranch, CO

Already mentioned above, one of the best things to do in Highlands Ranch is to visit the extravagant Highlands Ranch Mansion. The architecture will take your breath away as you take a guided tour of the building’s 14 bedrooms, 11 bathrooms, and various living spaces. The mansion is easily one of the top landmarks in Highlands Ranch and also features 5 fireplaces, two kitchens, and even a bowling alley. 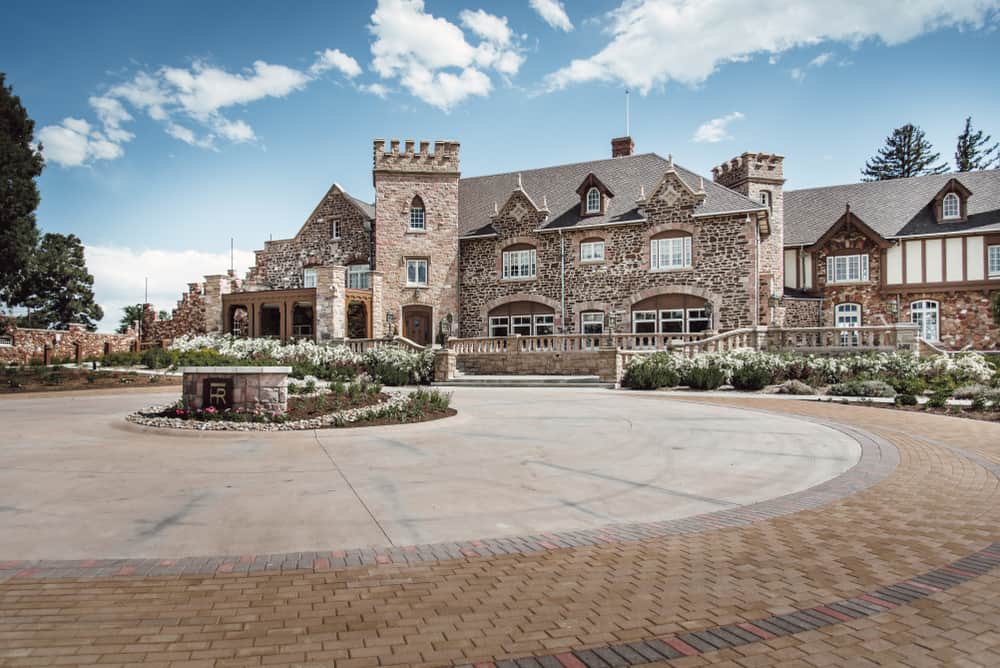 The local Civic Green Park is another one of the best places to visit in Highlands Ranch with its lush trees, beautiful gardens, and more. The park has a rentable pavilion where up to 100 people can enjoy a picnic or event. It also has a children’s playground so parents can bring their kids to get out some of their pent up energy.

As you make your way around town, you’ll quickly find one of the best places to eat in Highlands Ranch is NoNo’s Cafe. With its menu of soups, salads, steaks, stroganoff, and salmon, there is something for everyone at this top-rated restaurant in Highlands Ranch. Many of the dishes have a Cajun or southern comfort food theme with options for every meal of the day.

At Los Dos Potrillos Mexican Restaurant, diners will have a great spread of Mexican cuisine to choose from. Among the best Highlands Ranch restaurants, you’ll find burritos, tacos, mariscos shellfish, seafood, and more on their delicious menu.

People residing in Highlands Ranch enjoy many amenities and with these perks comes a more expensive price tag. The cost of living in Highlands Ranch is 17% higher than the Colorado average and 38% higher than the United States average. The price for expenses like healthcare and home utilities are slightly lower than state averages but you should be prepared to pay more for transportation, food, and local housing.

Four out of five residents living in Highlands own their living spaces with a homeownership rate of 80%. Highlands Ranch, CO homes for sale are beautiful and classy with options available for a variety of lifestyles and needs. The average price of a home in Highlands Ranch is $528,000, adding up to a median sales price of $198 per square foot.

Although it is much rarer for people to lease homes in the area, the price of rent in Highlands Ranch is $1,755 per month. The final price will depend on the size of the home or apartment as well as its location and nearby amenities.

Among the safest suburbs of Denver, local neighborhoods in Highlands Ranch have a crime rate that is 21% lower than the national average. As crime drops at a 3% average year after year in Highlands Ranch, residents have a 1 in 51 chance of becoming a victim of crime.

Highlands Ranch is the largest master-planning community in the state of Colorado. Spanning 22,000 acres, it is located along the northeastern border of Douglas County. 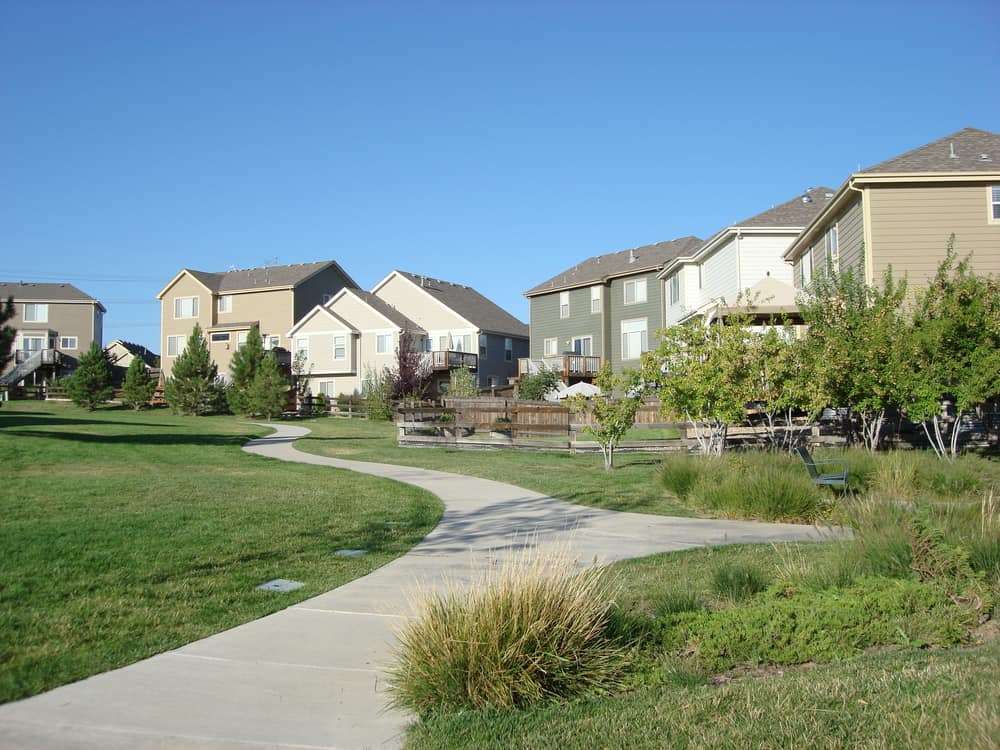 Schools in Highlands Ranch are part of the Douglas County Re 1 School District. There are about 27,946 kids between the ages of 0 and 18 residing in Highlands Ranch, which is about 28% of the community population.

Great educational opportunities are available at Highlands Ranch schools, and they are known throughout the region for having a quality reputation. This includes:

No colleges or universities are located in the community of Highlands Ranch but the University of Denver less than 12 miles away in the heart of Denver.

Between simple commutes to Denver and local career opportunities, there are plenty of great Highlands Ranch jobs for local residents. The average salary in Highlands Ranch is $63,000, though that is much lower than the community’s median.

A few of the largest employers in Highlands Ranch are:

For anyone moving to the area who plans to commute, the trip from Highlands Ranch to Denver is about 15 miles and takes about 40 minutes.

Highlands Ranch has a semi-arid climate (Köppen climate classification BSk) with very low humidity and around 129 days of sunshine per year. For those migrating from the Midwest or East Coast, this will present a welcome change from the humidity. The weather in Highlands Ranch is largely due to how close it is to the Rocky Mountains, which keeps temperatures cool for most of the year. 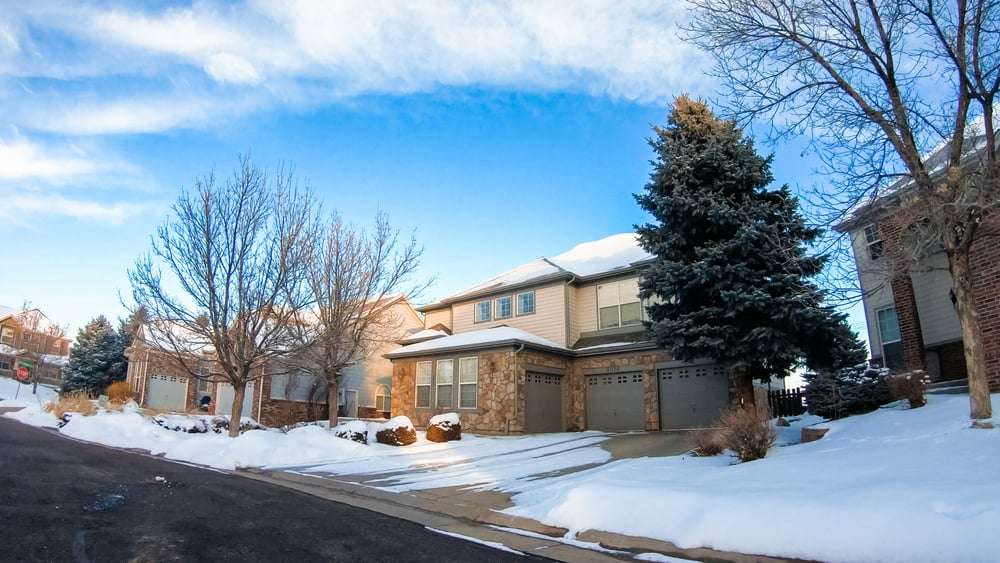 Average temperatures in summer vary between the mid-50s at night to the mid-80s during the daytime. On the other hand, winters in Highlands Ranch see temps drop to between the low teens and low 40s. Highlands Ranch gets about 19 inches of rain annually and around 78 inches of snow every year.

This top-rated Denver suburb has a lot to offer its residents, which is why people keep relocating to Highlands Ranch. If you’re getting ready to make this place your new home, our friendly Highlands Ranch movers are here to handle the transition for you. Give Wasatch Moving Company a call today at (720) 798-2878 or complete the Request a Quote form on this page for a free moving estimate!