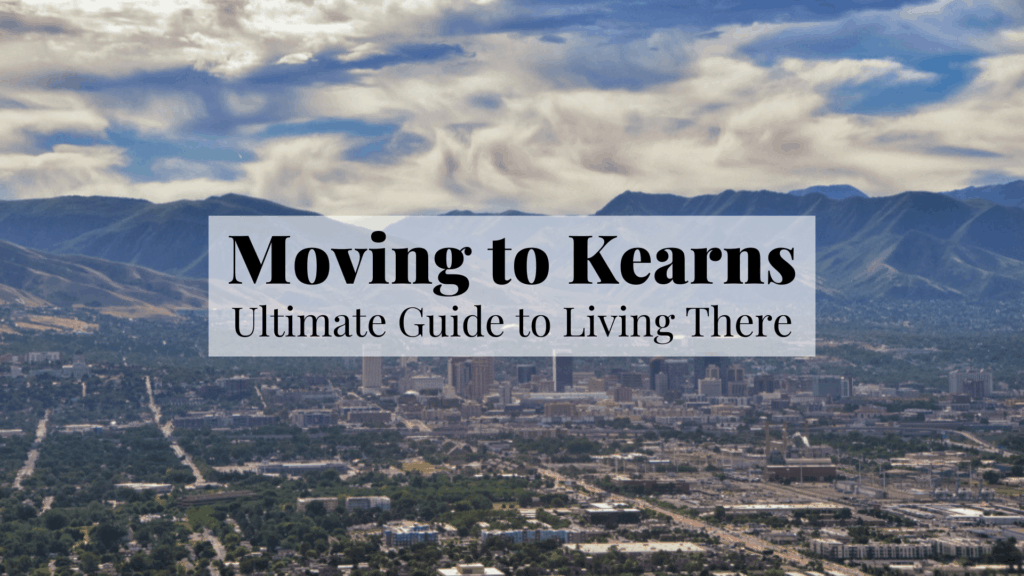 Located to the southwest of Salt Lake City, you’ll find the small suburb of Kearns, UT in between other areas like West Valley City and West Jordan.

Originally established in the early 1940s as Kearns Army Air Base, the area was a training location for United States Army Air Forces during World War II. At the time, it became one of the largest cities in the state of Utah as thousands of troops gathered there for training. When World War II ended only a few years later in 1945, the area was abandoned and turned over to the state eventually becoming South Valley Regional Airport.

Thanks to the previous developments surrounding the area, it quickly attracted people looking to build homes and establish lives there. More than 16,500 people ended up moving to Kearns between the 1970s and the turn of the century.

The city has continued to grow gradually thanks to its attractive neighborhoods and nice local amenities. Want to know what it is like living in Kearns? This ultimate guide will tell you everything you need to know about moving to Kearns, so you can decide if it’s the right place for you.

There are some truly great people in this city. With a median age of 29 years old, the Kearns population is currently around 37,194. That number is more than double the number of people living in Kearns during the 1970s. Kearns demographics show an even split of 50.85% male and 49.15% with about 51% caucasian, 33% Hispanic, and about 3.5% of Asian descent.

This humble community follows a common trend for the area as a place with a large number of people who are part of The Church of Jesus Christ of Latter-day Saints. About 61% of locals are members.

2. Things to Do & Restaurants in Kearns

Home to young families, college students, and retirees, there are plenty of fun things to do in Kearns for people of all ages. Among the most popular places around town, Oquirrh Park offers residents 53 acres of land including baseball fields, softball fields, and a 24,000-square foot skate park, as well as a fitness center with a swimming pool and water slide. Another great option is the Utah Olympic Oval, which provides access to public ice skating, cosmic curling, a running track, and sports programs like ice hockey and speed skating.

If you’ve worked up after a long day at the office or even after you’ve just finished moving to Kearns, you’ll find a variety of great places to eat. One of the top restaurants in Kearns is El Rancho Grande, serving amazing burritos, enchiladas, chili rellenos, and mouthwatering tamales. Continuing the Mexican food trend, another location called Betos offers a laid-back atmosphere with a variety of delicious fish tacos, carne asada tacos, chicken tacos, and more.

The cost of living in Kearns is about 5% lower than the overall Utah average. With lower prices than state numbers on groceries, healthcare, and local housing, it’s commonly considered an affordable place to live in the Salt Lake area.

While it is currently one of the lower-cost areas around town, the Kearns housing market has risen by an impressive 14.5% over the past 12 months. As of right now, the average price of a home in Kearns is $304,900 with an estimate to rise another 7% in the next year. With that in mind, now would be a good time to start looking for Kearns, UT homes for sale.

Only about 18% of people living in Kearns rent their living quarters around the city, but you’ll still have nice options to choose from if you plan to lease. The average price of rent in Kearns is about $1,004 for a one-bedroom apartment, while you can expect closer to $1,502 to get into a four-bedroom home or condo.

People moving to Kearns will find some great options when it comes to choosing where to live. Some of the most popular Kearns neighborhoods include Woodview Heights, Westview Terrace, West Hills, and Woodview Estates. Each community has its own perks and provides easy access to nearby amenities like shopping, restaurants, and other fun things to do. 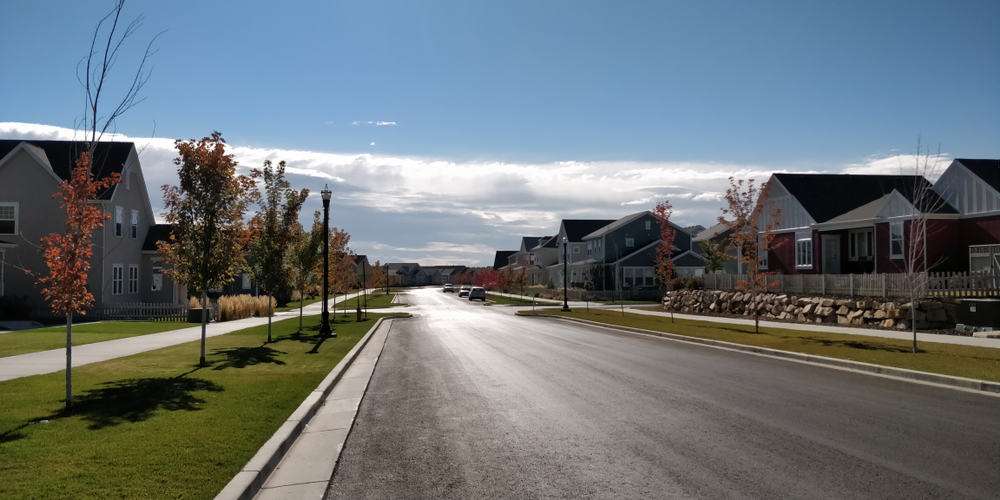 Centered around the midwestern part of Salt Lake County, Kearns has two zip codes that include 84118 and 84120. If you would like to get a local phone number in Kearns, you should expect an area code of either 801 or 385.

Because it is such a great place to raise a family, nearly one-third of people living in Kearns are under the age of 18 years old. Local parents have multiple options to choose from when it comes to education for their little ones

Kearns schools are part of the large Granite School District, which hosts over 67,000 students at a total of 90 schools across the Salt Lake Valley. Locations within Kearns include South Kearns Elementary, West Kearns Elementary, and Kearns Junior High. The city’s lone high school is Kearns High, home of the Cougars.

People who are moving to Kearns will join an area with a median household income of about $59,543. Opportunities can be found in town as well as in many neighboring cities nearby.

A few of the most common Kearns jobs you’ll see are administrative support staff, manufacturing occupations, construction positions, management opportunities, and many others. Some of the top local employers in Kearns include Action Roofing, Public Storage, and Harmons Grocery.

Many individuals living in the area also commute from Kearns to Salt Lake City only 13 miles away for work in other positions around the big city.

People living in Kearns experience a variable climate that ranges from hot, dry summers to freezing, wet winters. Cold temperatures range from the teens to the upper 30s and are paired with upwards of 54 inches of annual snowfall. When it’s not cold enough to freeze, the area sees an average of about 20 inches of rain as well. 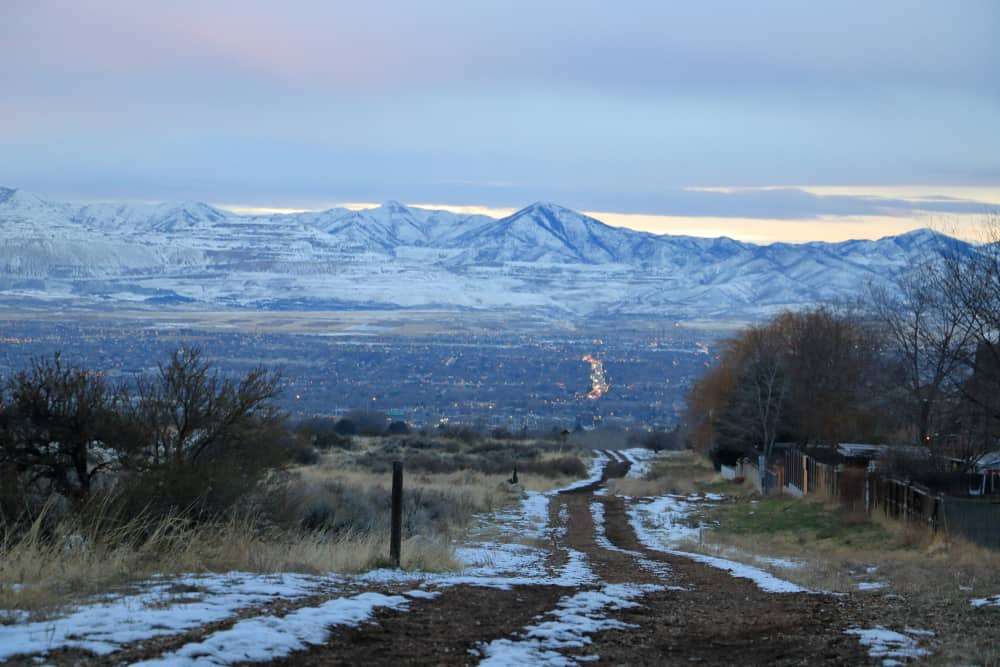 But long, warm summers provide plenty of time for fun outdoor activities like hiking, swimming, and sports. Warmer temperatures tend to stay between the mid-60s and low 90s, hitting 100°F on rare occasions.

Tips for Moving to Kearns

So, does the city of Kearns sound like it’s a good fit for you? It is a great place to live with a level of charm that makes it just different enough from other areas nearby.

If you’re moving to Kearns, there’s no team you should trust more than the crew at Wasatch Moving Company. Serving all of Salt Lake County, we know the area well and provide top-rated relocation solutions for every need. Give us a call today at (801) 758-0030 or fill in the Request a Quote form above to get a free Kearns moving estimate!