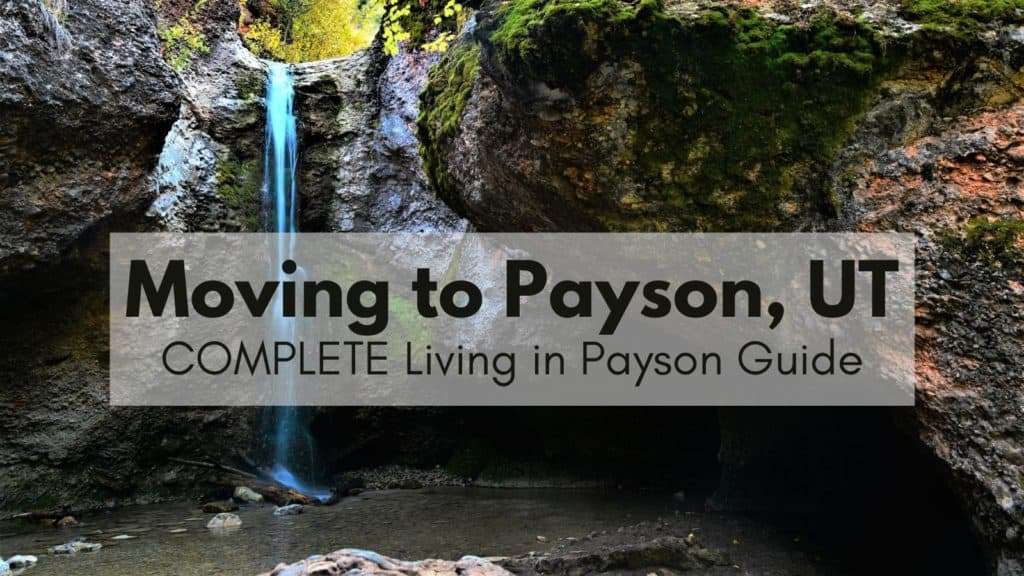 Is Payson, Utah a good place to live? That’s a fair question if you’re thinking about moving to Payson, just outside Provo, Utah. Payson is known for its low cost of living, beautiful scenery, and close-knit community with family-friendly attractions and a laid-back atmosphere. While living in Payson, you’ll enjoy all of the amenities of nearby Orem and Provo without the hustle and bustle of the city. Here’s what makes Payson such an amazing place to raise a family.

Located in Utah County, Payson, UT has a population of 19,700. The city is in the 84651 zip code and area codes 385 and 801. The population of the city is young with a median age of just 27, far below the U.S. median of 36. Payson is notable for its large population of people with Scots-Irish and Scottish ancestry. While predominantly Mormon, Payson also has a sizable population of Catholics, Evangelists, and Presbyterians. Payson is the hometown of Disney producer and animator Don Bluth (The Secret of NIMH and The Land Before Time) and singer Jewel.

Payson was founded in 1850 by Mormon pioneers led by James Edward Pace, Jr. who settled in the area. The settlement was originally called Peteetneet Creek, an anglicized version of Pah-ti’t-ni’t, a Timpanogos word for “our water place.” At the time, Chief Peteetneet was the leader of a band of indigenous people with a village stretching along the creek just outside the present-day city center of Payson. A year later, Brigham Young dismissed Pace and reorganized the community, naming the settlement Payson after a small town in Illinois where the Young family was taken in after being driven from Missouri over a decade before.

Payson grew slowly, developing the Payson Tabernacle by 1872, a high school in 1873, and an opera house in 1883. For years, the region was known for its sugar beet factory which eventually closed in 1924 after devastating crop failures.

Today, Payson is a family-friendly suburb of Provo that has grown dramatically since 1990 when its population was just 9,500. Payson is very safe with a crime rate 37% below the national average. There are just 1,634 reported crimes per 100,000 people compared to the national average of 2,580/100k.

Payson has a humid continental climate with major seasonal differences in temperature. Summers are warm or hot and tend to be humid while winters are cold with plenty of snow. While living in Payson, be prepared for plenty of snow: the city gets 51” of snow per year on average compared to the U.S. average of 28 inches. You’ll get just 17” of rain per year.

The average July high is 91 degrees while January gets average lows of 19 degrees. Payson is one of the warmest areas of Utah with about 46 average days per year with highs above 90 degrees. About three months out of the year, you’ll enjoy pleasant temperatures between 70 and 85.

If you’re moving to Payson, UT with kids or planning to start a family, you’ll be served by the Nebo School District. Payson High School is one of the only American schools with a bagpipe band and it was famously the filming location for the 1984 movie Footloose.

Many people living in Payson, UT commute to Provo or Orem for work. The drive from Payson, UT to Provo, UT is just 15 miles via I-15 while Orem is 23 miles away. Brigham Young University is the region’s top employer with more than 15,000 employees. The Nebo School District employs more than 3,000 people and other nearby districts like Alpine School District also contribute to the area’s education jobs. Healthcare is also big in the region with major employers like Utah Valley Hospital in Provo.

You can get an idea of career options available after moving to Payson by searching for Payson, UT jobs on Indeed. You’ll notice most jobs are in surrounding cities. The average hourly pay in Payson is $15.42, according to Payscale, with an average salary of $58,000. The median household income in Payson is $63,275.

What type of lifestyle do you want to enjoy after moving to Payson, Utah? Do you want a newer home close to schools and amenities? Do you prefer a walkable neighborhood in Payson close to the action? The city may be small, but there are plenty of options.

One of the most desirable Payson neighborhoods is Maples at Brookside. This neighborhood has many homes built in the mid-2000s and some built as recently as 2020. It’s just starting to become established. It’s also right next to the Payson Utah Temple. You’ll enjoy easy maintenance-free living with yard care and snow removal handled by the HOA.

Looking for luxury living close to the great outdoors? Try Arrowhead Park, one of the newest Payson neighborhoods. You’ll be close to fishing at Payson Lakes, hiking at Mt. Nebo, and drives along Nebo Loop with the new UVU campus just 5 minutes away. The community itself offers amenities like walking trails and wetlands. New homes in the community typically sell in the $300s with anywhere from 1,500 to 3,500 square feet of living space.

Cost of Living in Payson, UT

Is Payson, Utah expensive? The cost of living is an important factor to assess as you consider moving to Payson, UT. The good news is the Payson cost of living is low, barely above the national average. Groceries, utilities, and transportation are all affordable and below the national average. The cost of housing is about 30% higher than the U.S. average which pushes the cost of living in Payson up a bit. However, while Payson real estate is a bit expensive, renters will find Payson more affordable with average rent well below the U.S. average.

Want to rent while living in Payson? You’ll find plenty of options! According to RentJungle, the average rent in Payson, UT is $794 for a one-bedroom apartment, far below the national average. That compares to about $1,250 in Orem and $1,425 in Provo. One of the most popular Payson apartment buildings is Eversage. Right in the heart of the city, Eversage is a family-friendly apartment complex with one-, two-, and three-bedroom homes starting at $1,000.

If you’re going to buy a home after moving to Payson, you’ll find a wide range of price points from the mid-$100s to more than $5 million. The median home price in Payson, UT is $313,500. Homes usually sell within just two weeks for more than list price. Start the search online for Payson, UT homes for sale to start exploring your options.

Top Things to Do in Payson, UT

Ready to explore the top Payson attractions you’ll enjoy while living in Payson, Utah? The city may be small, but it’s packed with outdoor recreation opportunities and family-friendly amenities. It also offers convenient shopping at Walmart Supercenter, Goofy Guys, Payson Market, Smith’s Food and Drug, and Dollar Tree. Here are just some of the things to do in Payson to fill your weekends.

This multi-purpose building is both a cultural arts center and local history museum. Explore 12 displays like a Victorian home display and a Western room then stop by the outdoor amphitheater for regular performances.

One of the most fun things to do in Payson with kids is South County Lanes, a large family-owned amusement center with bowling (and leagues!), laser tag, billiards, and arcade games.

Other top attractions in Payson include:

Don’t be fooled by Payson’s small size. This city is home to amazing and diverse cuisine with tons of restaurants you’ll love to visit again and again. From casual, family-friendly eateries to upscale restaurants in Payson, you’ll find it all.

Costa Vida is a Payson favorite. This counter-serve Mexican chain restaurant serves Baja-style burritos, tacos, enchiladas, and nachos guaranteed to be a hit with the whole family.

Is moving to Payson, Utah in your future? Call the award-winning Payson movers at Wasatch Moving Company today to request your free moving quote. We look forward to helping you relocate to this beautiful Provo suburb without the stress!