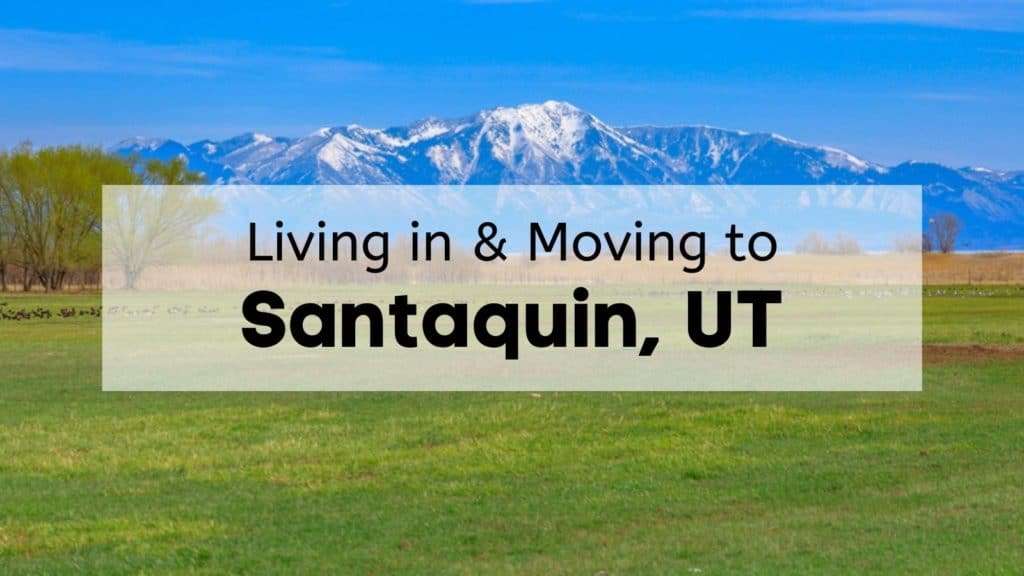 Tips for Living in Santaquin, UT  [2022] | 🦸‍♂️ What to Know Before Moving to Santaquin

The city of Santaquin, UT is a family-friendly place to live located about 21 miles southwest of Provo. It is bordered by Genola, Rocky Ridge, Spring Lake, Elk Ridge, Mona, Payson, Salem, Woodland Hills, and Goshen.

Santaquin was first settled back in 1851 and rested along the Salt Lake Road. It was previously called Summit City due to its close proximity to the summit between the Utah Valley and the Juab Valley. The area was then named Santaquin in 1856 after a local native chieftain’s son. It was incorporated as a city in January 1932.

The area of Santaquin is known for being one of the safest places for families to live in the entire state of Utah.

A few of the notable people who have lived in Santaquin include actor Gary Coleman, early settler John Holladay, and professional rodeo cowboy Wesley Silcox.

Is Santaquin a good place to live? If you’re wondering what you should know before moving to Santaquin, then details about the population, local activities, and other details will help you know whether it’s right for you.

How many people live in Santaquin? The city has seen consistent growth since the year 2000 with nearly 10,000 new people relocating to Santaquin in that time. The population in Santaquin is currently 14,053 residents with a median age of 25 years old.

Recent Santaquin demographics show the community is made up of about 84% Caucasian, 13% Hispanic or Latino, 1% Black or African American, and 1% Asian. The city’s gender ratio leans slightly in favor of women with about 52% female and 48% male. The median household income in Santaquin is $72,171.

Is Santaquin a safe place to live? Ranked 4th among the safest cities in Utah, the crime rate in Santaquin is 78% lower than the national average. People residing in Santaquin only have a 1 in 181 chance of being a victim of crime – this is a very safe city to live in!.

Local residents are served and protected by the brave men and women of the Santaquin Police Department, which has 13 police officers on the force.

2. Cost of Living in Santaquin, UT

How much does it cost to live in Santaquin, UT? The average cost of living in Santaquin is 12% higher than the national average and about 2% higher than the Utah state average. Expenses like healthcare and utilities tend to have lower prices, while you can expect to pay higher amounts for groceries, transportation, and the Santaquin real estate market.

The homeownership rate in Santaquin is 84.5% with a large majority of residents buying their houses and condos. As you’re looking at Santaquin, UT homes for sale, you’ll find locations that fit every lifestyle.

Where should you live in Santaquin? Anyone relocating to the area will find the best neighborhoods in Santaquin are:

Santaquin operates 13 local parks and other outdoor activities that all residents can enjoy. They’re managed by the Santaquin City Parks and Recreation department. 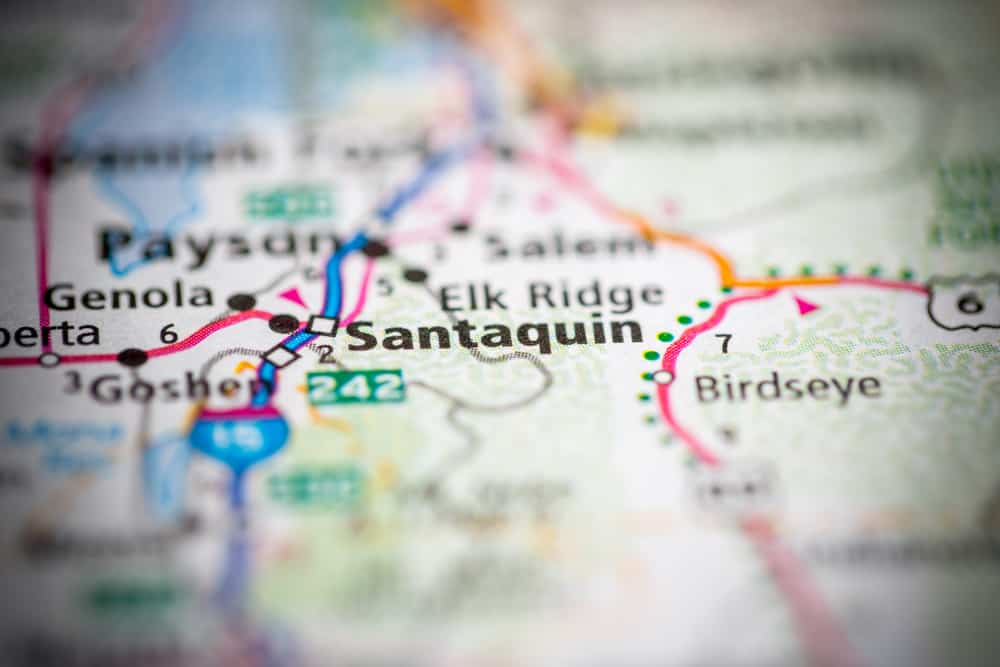 If you ever need to get from Santaquin to Salt Lake City, the trip covers about 65 miles and takes about 1 hour in each direction.

The weather in Santaquin ranges from freezing, wet winters up to hot, dry summers. With a Mediterranean climate in Santaquin, you can expect to experience all four seasons every year.

The average temperature in Santaquin during summertime is between highs in the 90s to lows in the mid-60s. Winters cool down significantly, dropping to the teens at night and hovering in the upper 30s during the day. The area gets an average of 16 inches of rain and about 51 inches of snow annually.

5. Things to Do in Santaquin

As newcomers relocate to this beautiful city, they often want to know where they can find local attractions, unique points of interest, and top-rated things to do in Santaquin.

One of the best places to visit in Santaquin is Rowley’s Red Barn, a popular produce market with many unique activities for all to enjoy. The location hosts numerous festivals throughout the year and hosts everything from an ice cream parlor to guided tours.

As the top park in Santaquin, Sunset Trails Park features many exciting things for kids to do. The park offers a fun children’s playground as well as a splash pad, swings, and numerous picnic pavilions.

It’s easy to find amazing restaurants in Santaquin with options for every palate.

One of Santaquin’s top places to eat is Hot Rod Diner, a 50s-style restaurant with a fantastic menu and a fun atmosphere. Grab a booth and enjoy everything from sandwiches and burgers to soups, salads, and breakfast dishes.

When you’re in the mood for some really good Mexican food, the top restaurant in Santaquin is Maracas. Their scrumptious menu features smothered burritos, enchiladas, chimichangas, chile rellenos, tamales, fajitas, and more.

The average salary in Santaquin is $59,000 per year. There is a 5.0% state income tax rate in the city. The local Santaquin unemployment rate is currently around 2.5%.

Anyone searching for Santaquin jobs will be happy to know there are more than enough opportunities available with a handful of great companies. A few of the best places to work in Santaquin include:

Making up more than 43% of the population, there are about 6,045 children between the ages of 0 and 18 years old living in Santaquin. The safe neighborhoods, kid-friendly amenities, and top-rated school system are only a few of the reasons why Santaquin is an excellent place for families to live.

Local schools in Santaquin are part of the Nebo School District and include trusted campuses such as:

People moving to Santaquin will have easy access to multiple colleges and universities including Brigham Young University-Provo, Utah Valley University, and AmeriTech College-Draper.

Students and others living in the area are able to visit the free public Santaquin City Library if they’d like to check out any books or movies.

Santaquin covers a geographic area of about 10.3 square miles and is split between the southern border of Utah County and the northeastern border of Juab County. The main zip codes in the city are 84633, 84645, 84651, and 84655. If you get a new phone number in the community, you’ll have an 801 area code.

There is an elevation of 4,984 feet above sea level in Santaquin.

This Santaquin map will point you in the direction of other things to do, nice places to eat, and other nearby activities.

Tips for Living in Santaquin

There are lots of benefits that come with relocating to Santaquin, making it a popular choice for many families. Anyone planning on living in this great city can look to reliable Santaquin movers for their relocation needs! Reach out to the amazing team here at Wasatch Moving Company by calling (801) 770-0765 or fill out the Request a Quote form on this page for a free moving estimate!