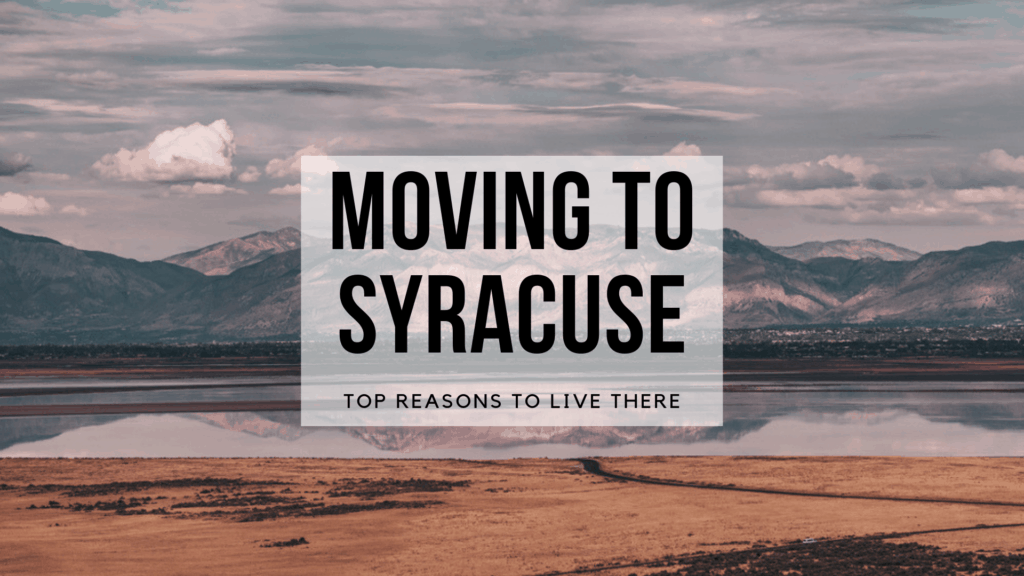 The charming and picturesque city of Syracuse, UT can be found west of both Clearfield and Layton, near the shore of Farmington Bay along the Great Salt Lake. Named after the city on the east coast, the one here in Utah is much smaller and quieter than the other. No major colleges or economic powerhouse companies to be seen for miles.

Originally settled in the 1870s, the city of Syracuse was officially incorporated as part of the state in September 1935. Since then, it has seen major hikes in multiple types of growth ranging from population to local amenities.

Check out this comprehensive guide to learn all the top reasons for moving to Syracuse!

With the Syracuse population currently around 27,400 people, people living there enjoy a medium to small-town lifestyle. And with the city’s median age under 30 years old, it’s a great place for young families to raise their children. Syracuse has seen impressive growth since the 1980s when only about 3,700 people lived there with the biggest jump during the early 2000s.

As a localized Utah suburb, nearly 80% of the local population are members of The Church of Jesus Christ of Latter-day Saints. The area emphasizes strong family values and boasts a close-knit community of people who frequently hold events and fun gatherings around town.

This unique, enticing park is located right across the bay from Syracuse, roughly 12 miles from the center of town. Depending on how high the tide is during the day, Antelope Island State Park can cover up to 42 square miles, making it the largest island around the Great Salt Lake. While many people visit this popular spot to hike, camp, and swim in the salty water, most people come to see the island’s distinct wildlife.

The park is home to a large herd of wild bison, which roam freely around the area. Visitors can also catch glimpses of everything from jackrabbits, deer, and pronghorn to bobcats and coyotes. Whether you’re interested in having a day picnic or staying the night, you’re sure to have a great time.

3. Things to Do & Restaurants in Syracuse, UT

If you’re looking for more things to do in Syracuse, you’ll find plenty of other local parks where you can spend your day picnicking, playing, and relaxing in the nice weather. Legacy Park, Stoker Park, and Jensen Nature Park all offer playgrounds, open space, and plenty of picnic tables. If it’s too hot or too cold outside, then head indoors to The Rush Funplex, where you can play laser tag, race go-karts, play arcade games, go mini-golfing, bowl, enjoy great food, and so much more.

Want to see a movie in Syracuse? Click here to find movies playing at the local UEC Theatres in Syracuse, UT!

Want to make sure there are some good restaurants in Syracuse before moving there? Look no further than Stella’s Bistro, an American-Italian restaurant serving up great sandwiches, pasta dishes, chicken, risottos, and more. Or head over to Hug-Hes Cafe for a laid-back, casual dining experience with fantastic American food including burgers, meatloaf, ribs, and a variety of sandwiches.

Most aspects regarding the cost of living in Syracuse are lower than U.S. averages. You’ll typically pay less in this area for expenses like groceries, local transportation, and home utilities. But one exception to this standard is the city’s housing market, which is on the more expensive side.

If you’re looking to join the 94% of locals who own their house in the area, there is a large number of homes for sale in Syracuse, UT. As far as what you should expect from the cost, the average price of a home in Syracuse is $379,200, which has risen by 9.3% since last year. The market is continuing to heat up as experts predict an additional increase of 5.6% over the next 12 months.

Though the market is a bit smaller, there are still leasing options around town as well. The average price of rent in Syracuse is between $1,531 per month for a two-bedroom location and $1,867 for a larger five-bedroom home.

Currently ranked 8th among the safest cities in Utah, Syracuse neighborhoods offer their residents peace of mind at all hours of the day. If you’re looking for comfortable communities, feel free to check out Allison Acres as well as Rhoades Lane, both of which are on the east side of town next to Clearfield border. Another great neighborhood that is closer to the city center is West Sunset View Estates. 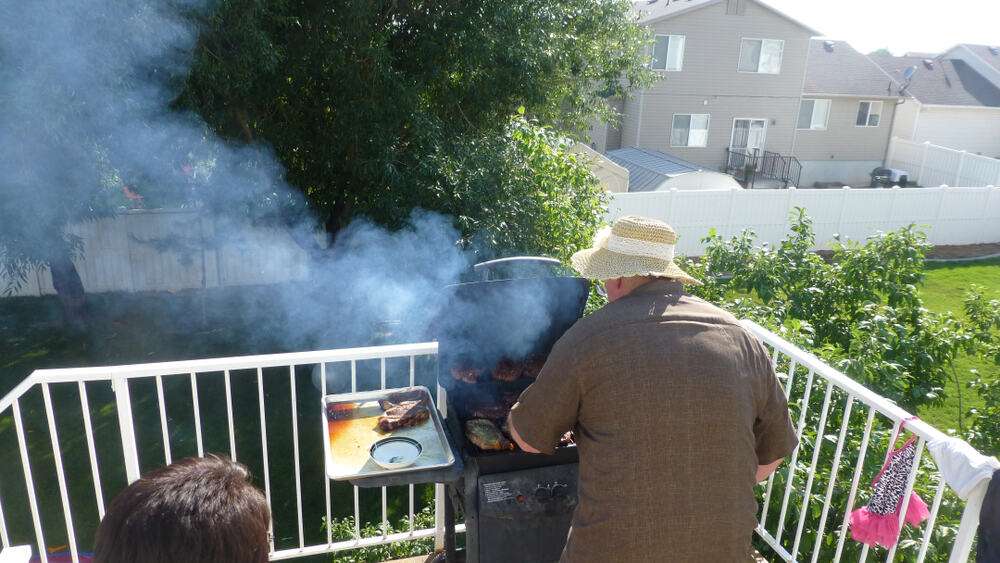 As part of Davis County, Syracuse has one zip code of 84075. And like most cities close to the Salt Lake City metro area codes in Syracuse include 801 and 385.

All of the public Syracuse schools are members of the Davis School District. And with more than one-fourth of the city’s population being school-age children, there are plenty of choices for where parents can send their kids for schooling. The majority of elementary schools in town serve grades between Kindergarten and sixth grade including Bluff Ridge School, Buffalo Point School, and Syracuse School.

Middle school children can attend Syracuse Junior High School. While teens will have one high school in the area, joining the Syracuse High Titans for their freshman to senior years.

7. Jobs Opportunities in and Around Syracuse

Though there isn’t a surplus of Syracuse jobs to be found within the city borders, plenty of individuals commute to nearby areas for work. With a median household income of $90,778, Syracuse is considered one of the more affluent suburbs in Utah. One of the few companies found in town is eAssist Dental Solutions, an online company offering billing services to dentist offices. 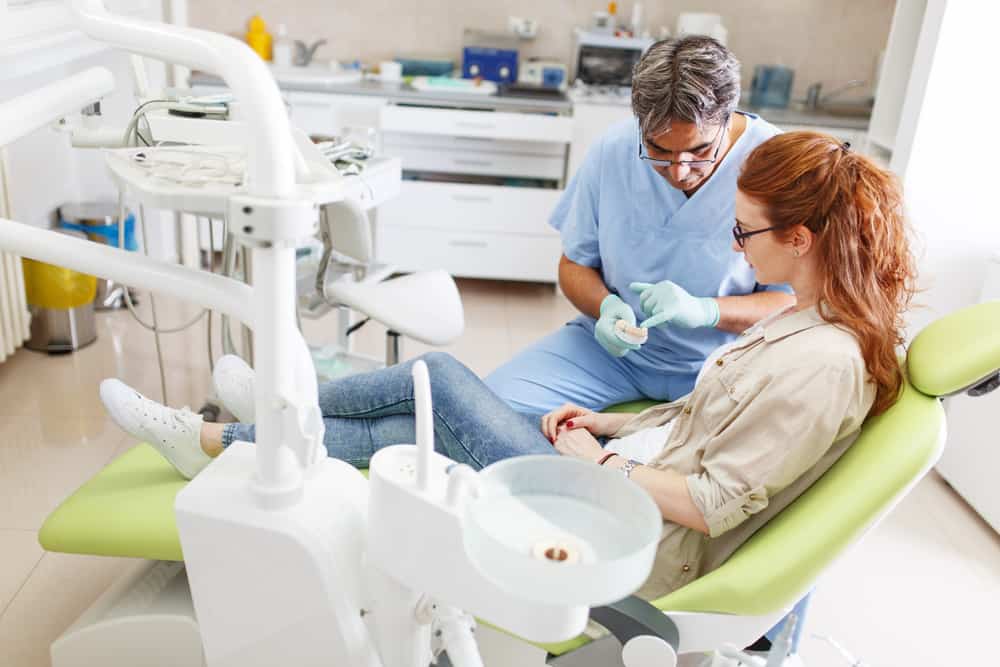 Other options for commuters include the Davis Hospital and Medical Center down the road in Layton for medical professionals, as well asHill Air Force Base close by in Clearfield for military personnel.

And if you’re thinking about commuting to the big city for work, click on the link for directions to travel from Syracuse, UT to Salt Lake City, which is only 30 miles and a bit more than a half an hour away.

People in the area experience a fairly broad spectrum of temperatures when it comes to Syracuse weather. Summers offer hot days with clear skies and temps between the upper 60s and mid-90s, which is great for outdoor activities like swimming. Winters can dip below freezing with an average snowfall of up to 40 inches per year, along with temperatures between the low 20s to mid-30s.

Tips for Moving to Syracuse

There’s no denying the charm and flair offered to those living in Syracuse. If you’re thinking about relocating to this gorgeous Utah town, we’d love to help with the moving process. Wasatch Moving Company has a great deal of experience serving the Davis, Utah, and Salt Lake Counties, boasting a sky-high customer satisfaction rating.

Get in touch with our team today by calling (801) 683-2346 or fill out the Request a Quote form at the top of this page for a free moving estimate!