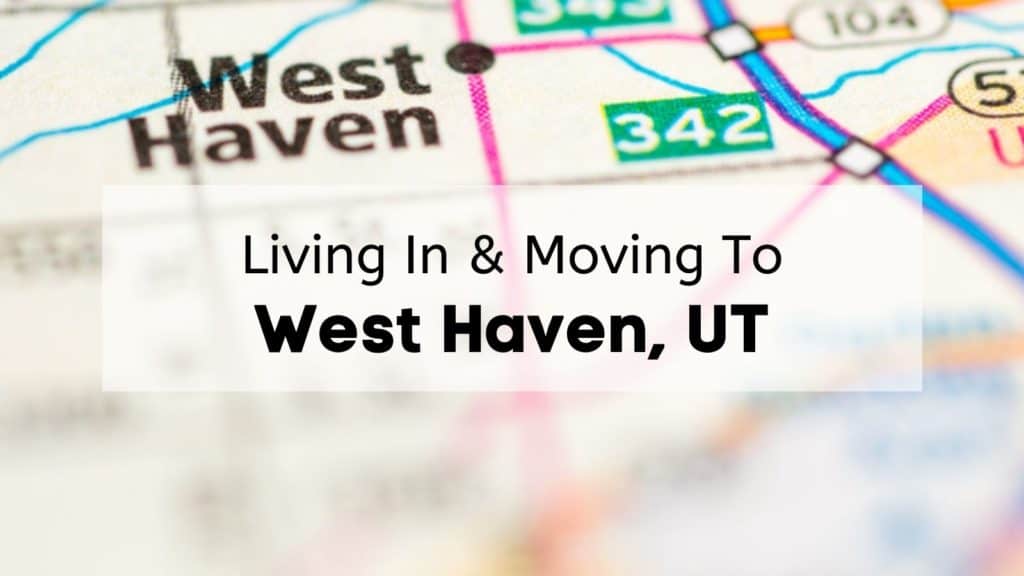 Located in Weber County and about 35 miles north of Salt Lake City is the suburban city of West Haven, Utah. The city was incorporated in July of 1991, when the unincorporated communities of Wilson and Kanesville combined. Both of those communities date back to the mid 19th century, and their early days are rooted in agriculture and the LDS Church. Today, West Haven is a steadily growing community with lots of commercial development underway. Residents of West Haven enjoy a quiet life with various recreational activities and community events, and with all the excitement Salt Lake City has to offer in their backyard. West Haven is bordered by Ogden, Roy, and Hooper. Those living in West Haven are often families with young kids who enjoy the young feel of the residents.

Almost 24% of West Haven residents rent their homes. Average rent price in West Haven is $1,075, which is 13.3% higher than the national average.

West Haven has four main neighborhoods. The neighborhoods in West Haven are Kanesville, Alpine Ranchettes, Country Park, and Wilson. If you’re looking for a townhome near the hustle and bustle, look toward the Kanesville area, where amenities will be within easy reach. If you prefer a more traditional suburban experience, check out Alpine Ranchettes and Alpine Ranchettes Two. Here you’ll find cute new constructions conveniently located near Country Park. Finally, the northeastern neighborhood of Wilson is more commercial with some higher priced new construction throughout.

West Haven residents experience hot, clear summers, and freezing, partly cloudy winters. Despite the Northwest’s reputation for rainy weather, West Haven is relatively dry throughout the year; there are only about 74 days of precipitation annually! You’ll definitely need snow boots though – West Haven receives an average of 34 inches of snow a year (the national average is 28”). July in West Haven is the hottest time of year, with average highs hitting 91.5°F. January is the coldest month, with average lows of 20.2°F. If you’re just looking to visit, the most pleasant months are May, June, and September.

Things to Do in West Haven

Outdoor recreation is the name of the game in West Haven! The city has several parks with trails and playgrounds that the whole family will enjoy. Here’s a peek at some of the places to visit and even unwind in West Haven:

Country Park is perhaps the most popular park in West Haven. There are rodeo grounds, areas for picnicking and organized sports, playgrounds, and more. Residents enjoy pickleball on the northeastern edge of the park and badminton as well. Country Park is also home to West Haven’s historical monument, where you can learn about the city’s history.

Recreation Complex Park has everything you need for a fun-filled day. Residents note how clean the park facilities are, which is great for parents. Enjoy the playground with a rock wall, basketball court, soccer and baseball fields, and tennis courts. There is even a concession stand!

Additional Things to do in and around West Haven

Hungry and need to grab a bite to eat? West Haven has plenty of great restaurant options nearby! Here are a few of West Haven’s residents’ favorite places to dine:

If you’re looking for a modern take on classic Mexican, head to Chaparro’s Tamales for some authentic tamales you won’t get anywhere else. Whether they’re dining in or taking out, customers rave about the excellent service, great food, and friendly staff.

For casual dining in a fun atmosphere, head to Moore’s Family Restaurant. This comfort food spot has been serving the West Haven and Ogden areas for almost 50 years! Choose from two locations, both of which promise amazing food and attentive staff.
2490 S 1900 W, Ogden, UT 84401 (801) 731-0636

Explore all there is here

In West Haven, median household income is about $78,000 a year. Annual incomes are on the rise in West Haven, and at a rate of about 6.1%. The most common occupations in West Haven are office and administrative support, sales, and production related jobs. Those jobs are most often within the manufacturing, healthcare and social assistance, and public administration sectors. The poverty rate in West Haven is about 6%, which is lower than the national average of 13.1%. Of all the West Haven residents who live in poverty, females aged 18-24 are most affected.

Commutes are quick in West Haven! The average commuter spends about 21.1 minutes getting to work, almost 5 minutes faster than the national average. 84.3% of West Haven commuters make the trip alone, and most households own two cars. Want to West Haven and work in Salt Lake City? Click here for directions from West Haven, UT to Salt Lake City, UT, which is 36.6 miles.

Those moving to West Haven can rest easy knowing that the schools are rated well and that there are many to choose from. Weber District serves the students of West Haven. Of the six schools in the area, Quest Academy and Kanesville Elementary School are the highest rated. West Haven’s high school graduation rate is 8% higher than the national average.

Are you thinking of relocating to West Haven? Working with the best professional West Haven movers will make changing your address easy. Call Wasatch Moving today at 801-683-2346 to discuss your move!