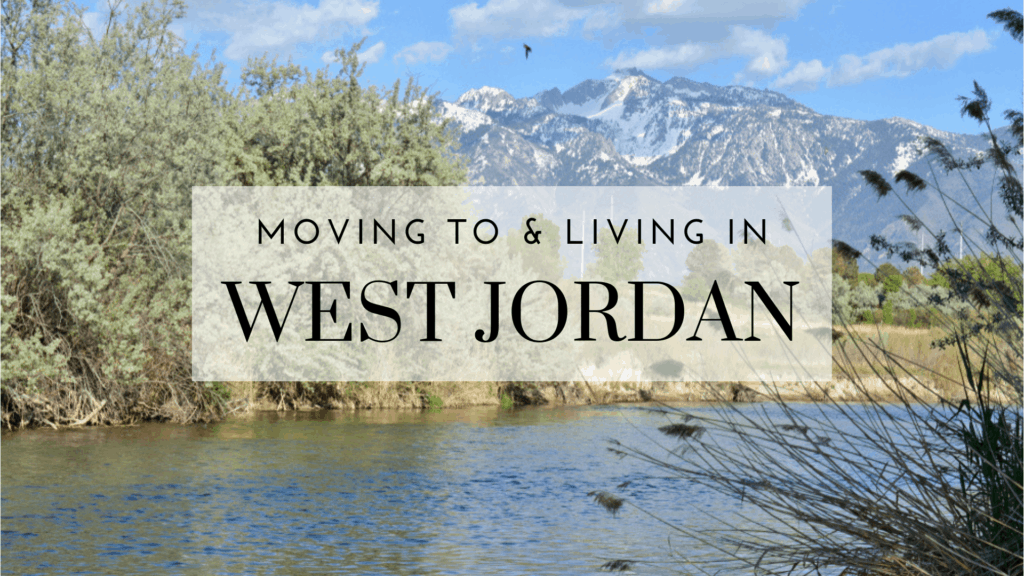 Settled in the mid-1840s, West Jordan was once a small town with little more than a few thousand residents and minimal industries to be seen for miles. Named after the nearby river, this quaint city has seen a major influx of people moving here over the past few decades.

Including the zip codes 84081, 84084, and 84088, West Jordan covers an area just over 30 square miles. It now has multiple college campuses, gorgeous neighborhoods, and great things to do around town.

If you’re thinking about moving to West Jordan, take a look at these eight tips to learn everything you need to know about living there.

1. One of the Fastest-growing Utah Cities

The West Jordan area has seen rapid growth year after year since the 1960s when only about 3,000 people lived there. Now, this thriving city has grown to a population of over 113,900 residents. It has become a hub for young families with the average age floating around 30 years old for the Salt Lake City suburb.

While the area was established by members of The Church of Jesus Christ of Latter-day Saints, the city’s increased growth has brought people from all over the country, placing the membership rate for the area around 60%. Due to the flourishing population, a handful of massive undertakings have been underway over the past few years to update the area. The city is now part of the TRAX light-rail network and is in the process of expanding other places around town to accommodate the growing population.

You’ll never have to go hungry around this city with its wide variety of great places to eat. The Bombay House is one of the most popular spots around town, especially for those who enjoy Indian cuisines like naan, lamb, and chicken dishes. From a variety of baked potato options at Spud Toddos to fantastic pizza and sandwiches at Village Baker, there is really something for everyone.

And if you want something fun to do around town before or after you eat, there are plenty of nearby options for having a good time. The Bingham Canyon Open Pit Copper Mine (aka Kennecott Copper Mine) is one of the most spectacular sights you will ever see. At about 4,000 feet deep and 2.5 miles wide, it is the deepest open-pit mine in the entire world.

A couple of other popular spots to visit in West Jordan include Veterans Memorial Park and Lodestone Park, both of which have large playgrounds and open fields with plenty of room for both children and adults to get out and play.

Apart from housing costs, which we’ll talk about next, the cost of living in West Jordan is pretty comparable to Utah averages. Healthcare, though slightly higher than the national average, is still more affordable than many other larger cities in America. Transportation is also slightly more expensive due to the travel and commutes many people take to reach their places of work in Salt Lake City and other nearby cities.

The cost of food and groceries around town is about 9% less than both the Utah and national average, which are about the same. You’ll be able to save a few dollars here and there on everything from milk and eggs to bread and chicken breast. The one thing you will need to prepare for is the amount you’ll be paying for your housing expenses.

4. Options for Buying or Renting a Home

Though it is reasonable for the amount of space you get, the average price of a home in West Jordan is currently around $354,300. This is a dramatic rise of about 10% when compared to this time last year. These numbers are only expected to keep going up, with experts predicting an additional increase of about 7% in the next twelve months. 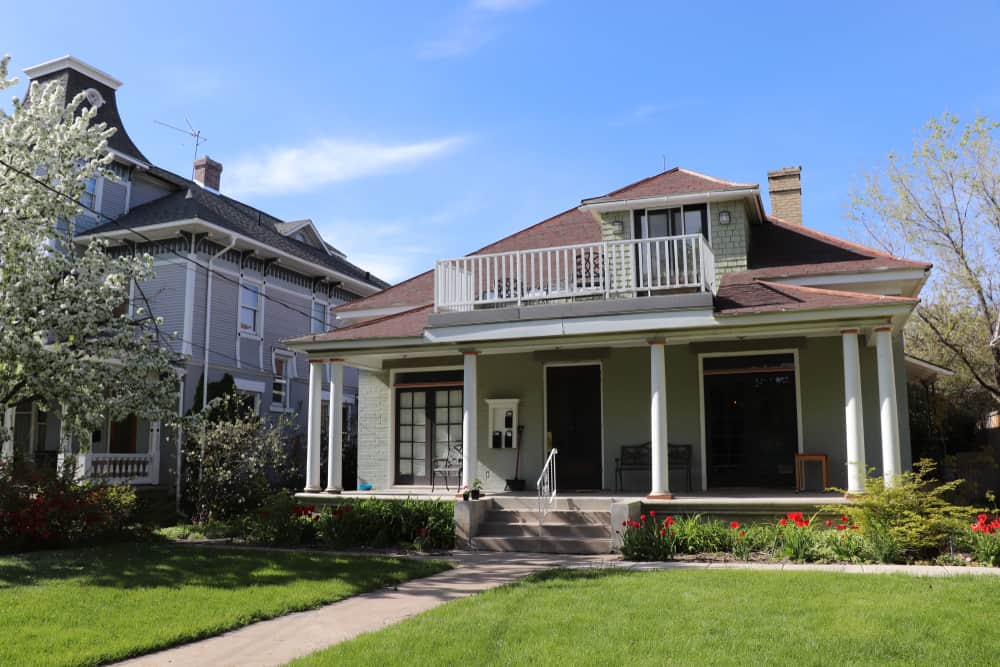 And while the homeownership rate in West Jordan is above the national average at about 76%, there are still plenty of options for people looking to rent their living space. The recent calculations show that the average cost to rent a home in the area is between $1,450 per month to $1,780, depending on the square footage and number of rooms.

5. Nice Parts of Town at Every Corner

Conveniently located next to the South Valley Regional Airport, West Jordan neighborhoods are safe, inviting, and enjoyable. Many of the local communities hold events for their residents from family get-togethers to holiday parties and more.

You’ll easily find great places to live on either side of town. A couple of the best areas on the west side are Bloomfield Heights and Pebblecreek. While on the east, you can choose from beautiful neighborhoods like Colonial Estates, Willow View Estates, and Midvalley Terrace.

Parents of young children will be happy to hear there are plenty of good options when it comes to their kids’ education. Home to the Jordan School District, this area serves a total of nearly 55,000 students. Westland Elementary is often considered on the best schools in the area for students between kindergarten and sixth grade, while Itineris Early College High and Copper Hills High are the two main high schools to choose from.

The city also hosts two colleges for secondary education. Salt Lake Community College has a Jordan campus and offers 2-year degrees in a range of programs including computer sciences, business management, humanities, and more. Broadview University is also in the area, specializing in veterinary technology certificates.

7. Great Jobs Both Local and Nearby

The job market in West Jordan is currently doing very well, with an unemployment rate of only 2.4%, beating out the national average. Home to some of the largest companies in all of Utah, there are plenty of opportunities for reliable careers in this popular city. And even if you plan on working in Salt Lake City, commuting from this suburb will only take about 20 minutes or so.

Some of the top employers in West Jordan include the headquarters for Mountain America Credit Union with more than 1,400 employees, as well as the Jordan Valley Medical Center hospital with over 1,300 employees.

Located in Salt Lake County, West Jordan weather finds a pretty decent balance between cold, snowy winters and warm, enjoyable summers. With temperatures that rarely make it above 90°F even at the hottest time of year, residents have plenty of chances to play in the outdoors. From fishing and hiking to swimming and visits to local parks, there’s no end to the summer fun. 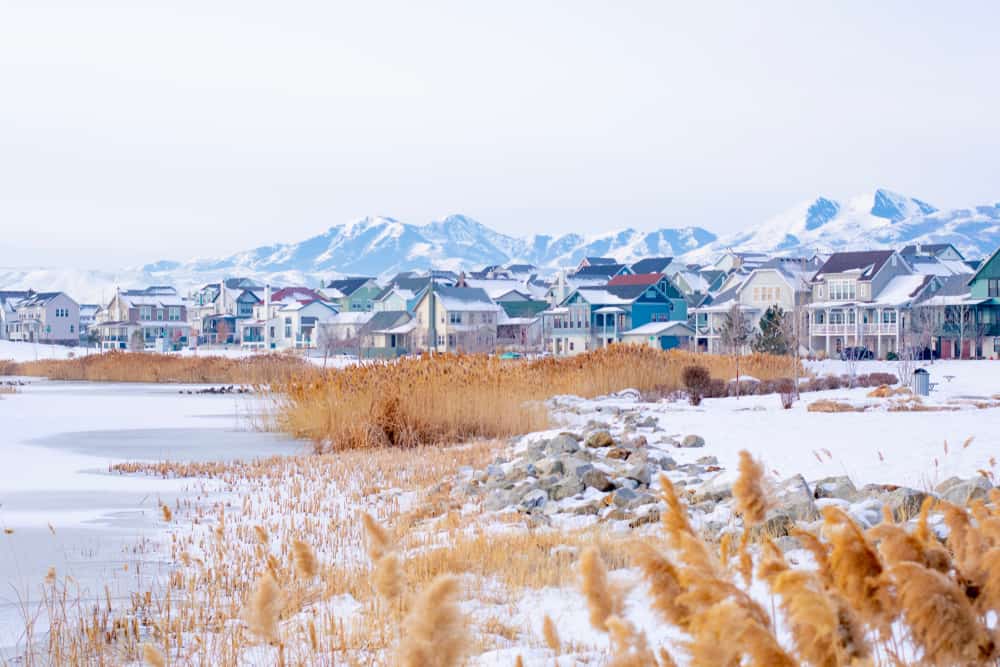 Well, that is until winter time comes, though that brings a different type of fun. Averaging about 70 inches of snow per year, this city offers close access to a range of winter sports like skiing, snowboarding, and even riding snowmobiles. These winters will be cold, so if you plan on living in West Jordan, make sure you bring plenty of warm coats, snow boots, and cozy gloves.

This city’s rapid growth over the past 50 years is a testament to how much locals love living here. From the great places to eat and fun local activities to the strong job market and comfortable neighborhoods, there’s no question why more and more people are moving to West Jordan.

If you are thinking about making the switch to this great Salt Lake City suburb, we would love to help with your transition. Here at Wasatch Moving Company, our professional movers are well-trained and highly motivated to provide the best moving experience for each and every customer.