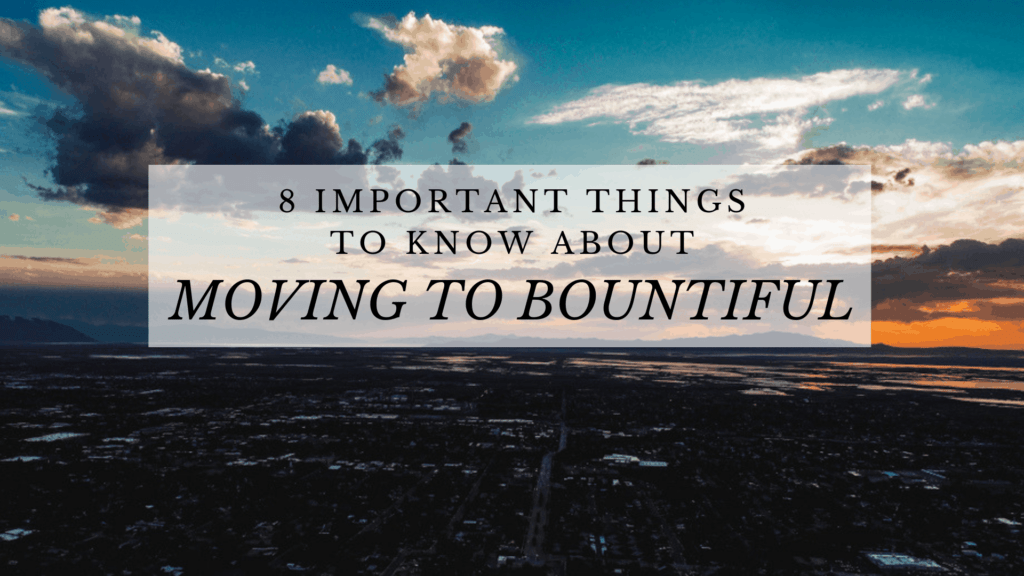 8 Important Things to Know about Moving to Bountiful, UT (2022)

Among the top 20 most populous cities in Utah is the gorgeous Salt Lake City suburb of Bountiful, UT. The city boasts quiet neighborhoods, beautiful scenery, and an affordable cost of living.

Covering the zip codes 84010 and 84011, Bountiful has an area of about 13.5 square miles. Shadowed by the nearby Grandview Peak of the Wasatch Mountains, the city is a comfortable and safe valley with a close-knit community of people. Local residents love the many things to do around town and easy access to the big city.

Parents will be happy to hear the area is home to one of the best school systems in the state, especially when it comes to teenage students.

If you’re thinking about moving to Bountiful, be sure to check out the details below to learn everything you need to know about living there.

In 1847, a man named Perrigrine Sessions traveled about 12 miles north of Salt Lake City to settle what was then known as either Sessions Settlement or North Canyon Ward. It wasn’t until the mid-1850s that the area was called Bountiful, a word which means “giving generously”. The new name was fitting due to the community’s lush gardens and beautiful surroundings.

The name Bountiful was also taken from a place mentioned in The Book of Mormon, which was seen as a marvelous ancient city.

Though growth in the city began slowly over the first few decades, the Bountiful population has consistently been on the rise since it was founded. The biggest increases came during the 1960s and 1970s when more than 21,000 people moved to the area. There are currently about 44,100 residents who call it home. 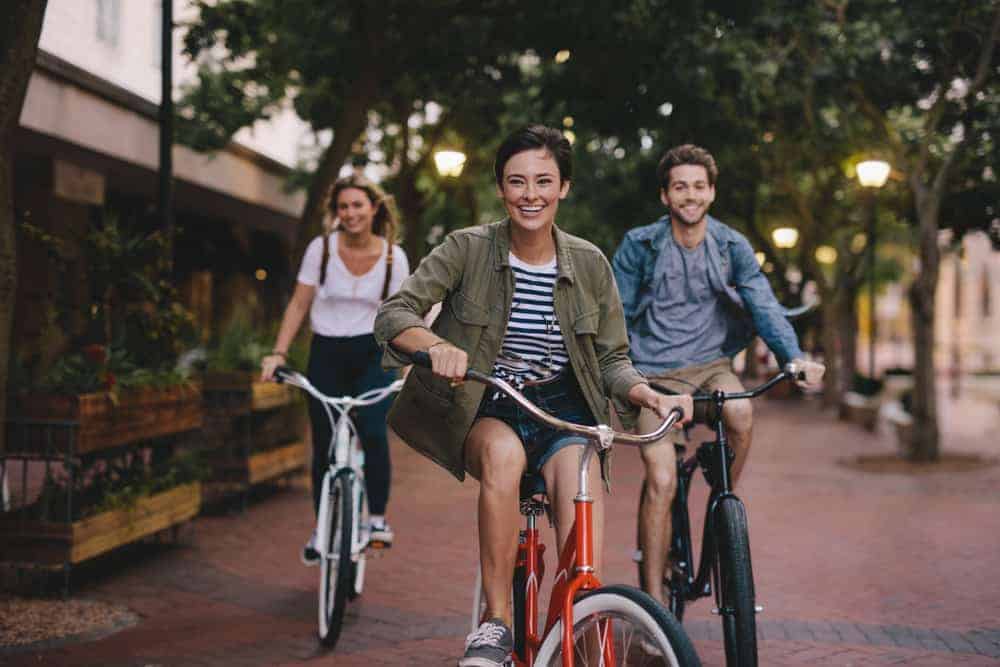 Nearly 80% of the people living in Bountiful are members of The Church of Jesus Christ of Latter-day Saints. With a median age of about 34 years old, the city is seen as a safe haven for everyone from families and young couples to single adults and retirees.

3. Things to Do and Places to Eat in Bountiful

All around town, you’ll find plenty of fun activities to enjoy within the borders of Bountiful. Some of the most fun things to do are outdoor adventures, such as trails like Mueller Park Trailhead and Bonneville Shoreline Trail, where you can go hiking, mountain biking, and admire what used to be the shoreline of the ancient Lake Bonneville. There are also a handful of exciting local parks that dot the map including Creekside Park with its large playground, gorgeous greenery, and access to the nearby Mill Creek.

Residents also enjoy a great spread of local restaurants to choose from like Vito’s, commonly known as the Philly King of Bountiful for their Philly sandwiches. If you’re more of a barbecue fan, a visit to Smokin’ Bones BBQ is the perfect place for some pulled pork, brisket, or ribs. And for a classic American feel-good eatery, stop by Ramblin Roads Diner to grab anything from breakfast platters to burgers and sandwiches.

Taking the 23rd spot of the safest cities in Utah, the city of Bountiful is built on a slant along the side of the Wasatch Mountains. Maple Ridge and Stone Ridge are two communities that have literally been developed on the mountains themselves, overlooking the rest of the city. Canyon Crest is another beautiful neighborhood which can be found at the mountain base.

On the west side of town, along Highway 89, is the downtown area of Bountiful Acres. And near the northernmost part of the city, you’ll find the comfortable and quiet neighborhood of North Hillsdale.

5. Cost of Living in Bountiful

Most of the financial aspects within this city provide savings compared to the rest of Utah and even to the rest of the country’s averages. The only cost of living factor in Bountiful you’ll likely end up paying more for is housing.

At this time, the average price of a home in Bountiful is $357,600, which is reflective of an impressive 16.2% jump over the past year. It’s not stopping there though, with another 8% increase expected during the next 12 months.

Anyone interested in the average price of rent, as opposed to buying a home, will find locations between $1,100 per month and $1,946 per month. The final cost will typically depend on the area and the number of bedrooms in the residence.

On the other hand, things like groceries cost about 8% less than Utah’s overall average. Along with other local services like transportation and utilities averaging between 4%-11% savings compared to most other Utah cities.

Bountiful schools are part of the Davis School District, one of the top-rated districts in the state. They are home to two high schools which rank among the top ten in all of Utah: Viewmont High and Bountiful High.

Beyond a couple of local massage therapy training schools, you won’t find any secondary education programs within the borders of Bountiful. However, multiple college campuses like LDS Business College and Salt Lake Community College are less than 10 miles away in Salt Lake City.

In an area surrounded by tech powerhouse cities like Salt Lake City, Layton, and Park City, jobs in Bountiful offer more opportunities within the world of healthcare. Three of the city’s top employers include Lakeview Hospital, the Ogden Clinic, and South Davis Community Hospital, each employing between 500-2,000 employees.

Though traffic is a common point of discussion around the Salt Lake metro area, many people still commute to the big city for work from nearby suburbs, including Bountiful. Some of the biggest employers in the area are Salt Lake County, the University of Utah, and even government positions at the Utah State Capitol Building.

Everyone living in Bountiful has plenty of opportunities for both fun in the snow and fun in the sun during the year. Located in between the mountains and the Great Salt Lake, Bountiful weather tends to be fairly cold and wet during the wintertime. With temperatures reaching the low 20s, it’s common for the area to see approximately 58 inches of snow each year on top of 23 inches of rain when it’s too warm to freeze.

But during the rest of the year, temperatures are comfortable. Summertime brings highs that rarely reach 90°F, with summer nights in the cool, mid-60s.

Have you been pondering what it might be like to live in Bountiful? Well, now that you know what to expect, let’s get you ready for the big transition. If you’re moving to Bountiful, our team of experts can help you with everything from packing to transport.

We’ve completed over 5,000 relocations around the Salt Lake and Davis County area, giving us a great deal of knowledge in the industry. To start your exceptional moving experience, fill out the form at the top of this page for a free moving estimate. Or give us a call today at (801) 758-0030 if you have any questions about our professional moving services.