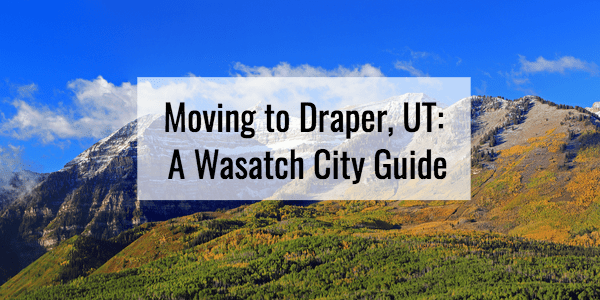 Want to know what it’s like to live in Draper, UT? We’ve got all the details in this handy city guide to living in Draper. Whether you’re wondering what it costs to live in Draper, where you might work, or who your neighbors will be, read on to find out if this beautiful city is the right place to you!

Before you decide to move to Draper, it’s important to know some things about this lovely, affluent Utah city. Draper is known for its large number of families, beautiful homes, and gorgeous natural surroundings. But here are two other important things you should know about Draper:

Like other areas of Utah, Draper is characterized by a large portion of religious residents. More than 61% of the Draper population follows the Mormon faith, also known as the Church of Latter-Day Saints, or the LDS Church. About 10% of folks in Draper identify as Catholic, while about 4.5% attend a church that is Protestant. There are very few people living in Draper who are Jewish, Muslim, or follow any other eastern traditions.

Get Ready to Get Outside 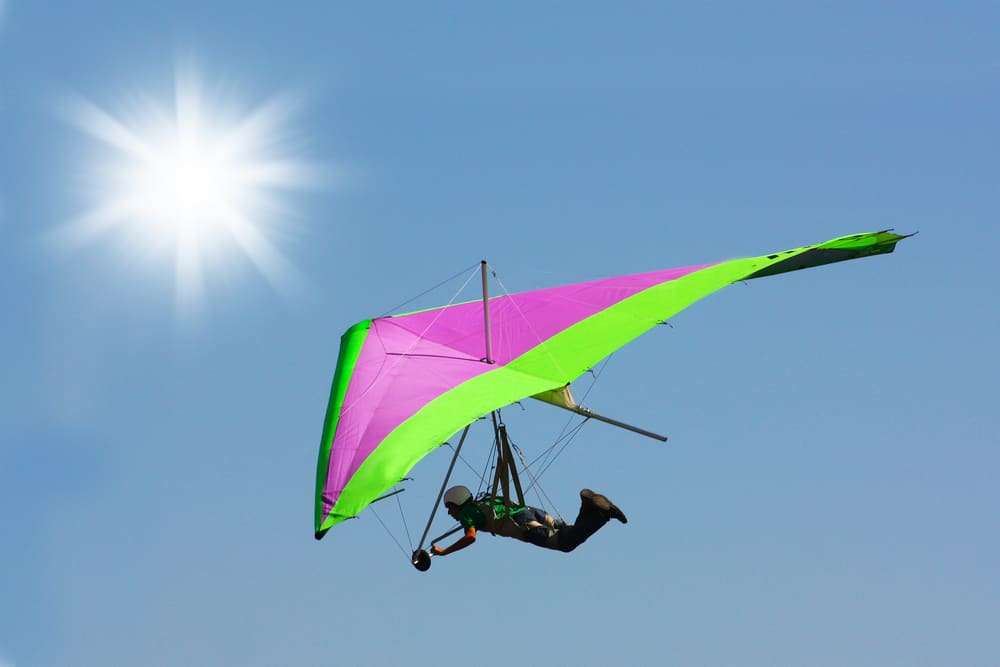 Utah residents love getting outdoors and exploring the canyons and mountains around them, so if you move here, be ready to get some serious outdoor exercise. In Draper, you can experience everything from hiking a beautiful trail, to hang gliding over the valley, or riding a horse through a canyon. Because of its close proximity to Salt Lake City and the Wasatch Mountains, people living in Draper are also very involved in ski culture, and you’ll probably want to get a pair of skis yourself, so you can enjoy what the locals call “The Greatest Snow on Earth.”

The Weather in Draper, UT

Wondering what weather to expect if you move to Draper, UT? Draper’s weather varies throughout the year; the summers are hot and sunny, while the winters are freezing and often overcast. The average temperature in Draper during the warmer months is 79 degree. In the cooler months, the average temperature drops to about 45 degrees, but can go as low as 21 on the coldest days of the year. Draper also gets a fair amount of snow each year, with an average snowfall of 63 inches per year, which is more than double the national average.

Students living in Draper will have lots of choices when it comes to school! Within Draper itself, there are 36 schools. The 9 high schools in Draper include Corner Canyon High School, Juan Diego Catholic High School, Summit Academy and Gateway Academy, which is one of the best private schools in the Salt Lake City area.

Also, since the Draper population is made up of 58% families with kids, your students will have plenty of peers, no matter which school they attend. Families living in Draper will also have access to the many private schools in Salt Lake County and Utah County, such as Mount Vernon Academy, which has been open to students since 1975.

Looking for jobs in Draper, UT? You’re in luck! Draper is a city with tons of work opportunities. Major employers in Draper include eBay, 1-800-CONTACTS, IKEA and ACS Business Processing. Draper jobs are also growing! The city saw a 6.94% year-over-year growth in employment from 2015-2016.

One interesting thing about working in Draper is the huge variety of industries here. While the top employment industries in Draper are professional, scientific, tech services, retail trade, and healthcare & social assistance, education and finance also have plenty of jobs available. Residents of Draper are also just 20 minutes from Salt Lake City, which opens up even more job options, including positions in some of the country’s leading, and fastest growing tech companies!

How many people live in Draper, UT? The answer is about 46,774 people, according to the city’s website. The median age in Draper is 30.7, likely influenced by the high number of kids in the community: 32.2% of the Draper population is made up of children under 18 years old. 65% of the people living in Draper are married, and most of those have children.

On the whole, Draper’s residents are fairly well educated! Almost everyone here has completed high school, and nearly 40% of Draper citizens have also received a Bachelor’s degree or higher. The high rate of education is reflected in Draper’s median household income, which is $94,852 per year.

Where to Live in Draper, UT 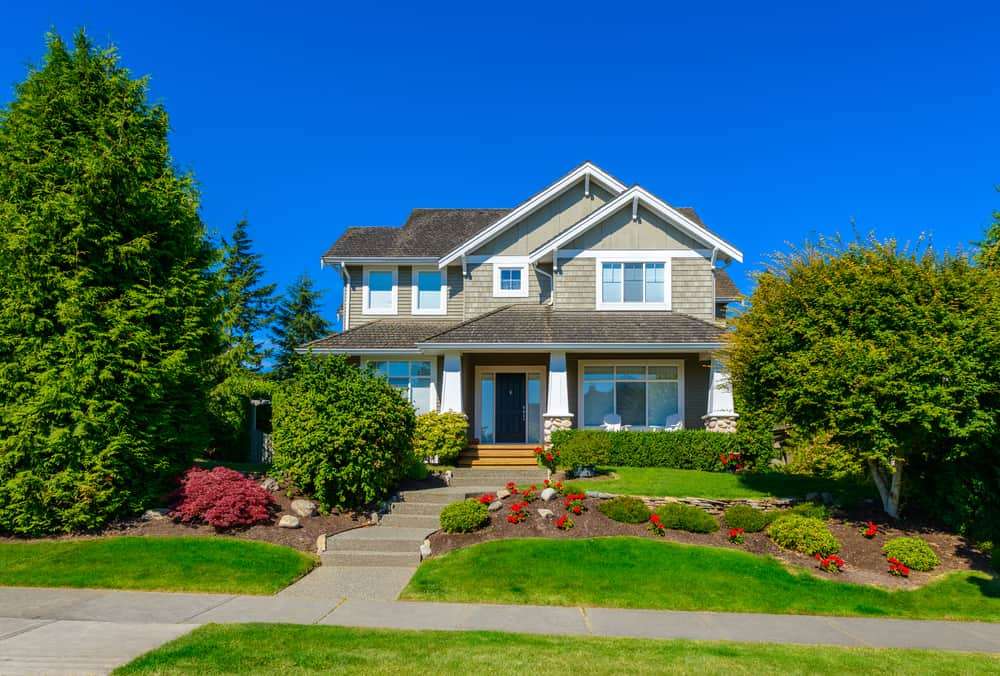 There are 7 major neighborhoods in Draper that make up the city’s communities. However, your neighborhood is often more specific than just your subdivision! Draper is renowned for its plethora of single-family homes, and many of these are part of master-planned housing developments with close-knit communities. Here are a few of our favorites:

One of the best neighborhoods in Draper is SunCrest, a master-planned community with 3,900 acres of land. Located on top of Traverse Ridge, homes in SunCrest enjoy panoramic views of the valley below. This community is also perfect for families who want to enjoy outdoor activities in Draper, as it contains tons of trails through the canyon to explore.

Another popular place to live in Draper is Bellevue, a luxury living community on the east side of the city. Homes here start around $500,000, and in addition to beautiful homes on wide, open streets, Bellevue residents can also enjoy Draper City Park, which includes a baseball diamond, pavilion and playground for kids.

If you’re looking for even more amenities, check out South Mountain, another great neighborhood in Draper. This master planned community has its own golf course, tons of trails, an outdoor amphitheater, an equestrian center and a pool. There’s even a hang-gliding park at the south end of the community!

Considering the high median household income, living in Draper is fairly affordable! Goods and services, and healthcare in Draper are comparable to the national median, while utilities cost about 25% less than they do in other areas of the US. Groceries and transportation costs are a bit above the national median, at 7% and 4% higher, respectively. People moving to Draper should remember to take into account commute time, and the fact that most folks living here have 2 cars when considering travel costs!

Fun Things to do in Draper, UT 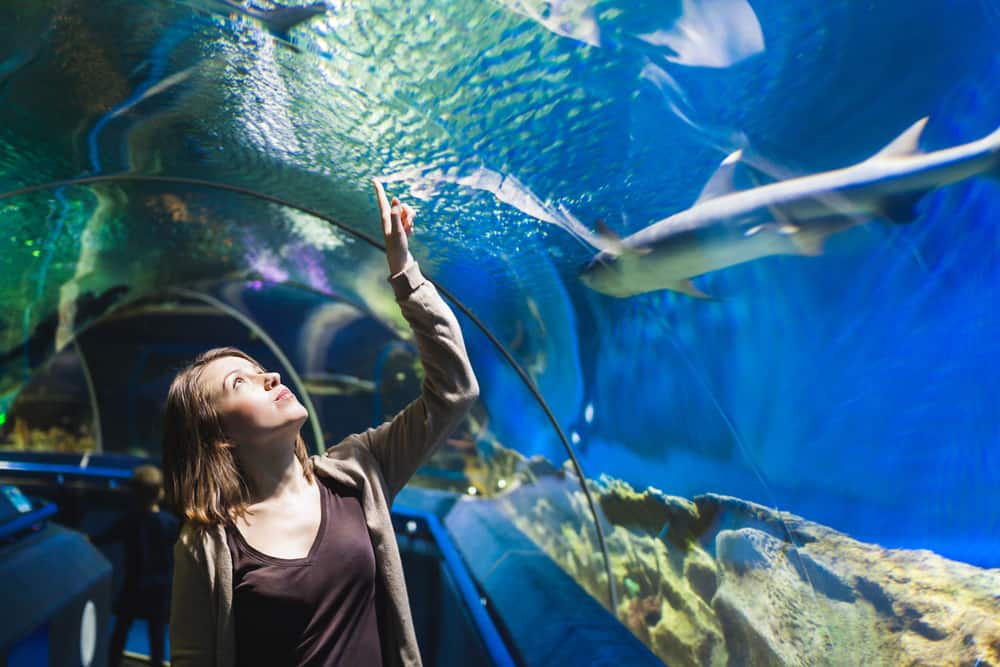 Draper’s prime location puts it near tons of fun things to do, so you and your family will never be bored! One of the most fun things to do with kids in Draper is visit the Loveland Living Planet Aquarium. The aquarium is home to more than 4,000 animals from around the world, including penguins, seahorses and stingrays. Loveland Living Planet Aquarium also features a 300,000-gallon shark tank, and an underwater tunnel where visitors can view 7 different species of shark up close!

The City of Draper also has tons of options for dining and shopping! Local eateries like Penny Ann’s Cafe, Gual Bertos and the Draper Black Bear Diner serve up delicious meals all day long. Downtown Draper is home to plenty of shopping outlets, from locally owned boutiques, to the national brands you love. And of course, when you live in Draper, you’re only minutes away from Salt Lake City, which also features amazing restaurants, shops, and fun things to do!

So, is moving to Draper the right choice for you? If you’re thinking “Yes!” then congratulations, and let us be the first to say, “Welcome home!” We’re sure you are going to love living in this beautiful city full of friendly, welcoming folks.

If you need help planning your move, give us a call at (801) 758-0030 to get started with a free Draper moving quote. We’ll be happy to handle the heavy lifting, so you can focus on your new life in Draper, UT.