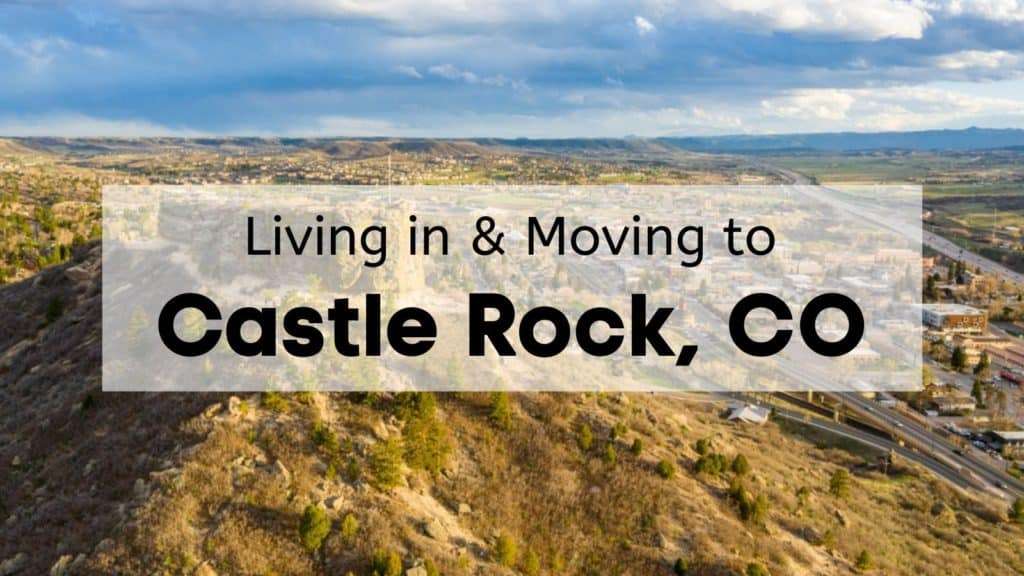 During the year 1862, rumors of gold brought many newcomers to the area now known as Castle Rock. But as the area grew, miners realized that the real find was rhyolite stone, which was much more common. Castle Rock was officially founded in 1874 and was incorporated as a town in April 1881.

The town government was converted to a home rule system in 1987 as local residents made a vote to govern themselves.

Castle Rock is known for its recognizable rock formation overlooking the area as well as a large amount of rhyolite stone that has been mined over the years.

How many people live in Castle Rock? With more than 55,000 people relocating to Castle Rock since 2000, the town has seen tremendous growth recently. The Castle Rock population is 68,494 residents with a median age of 37 years old.

Castle Rock’s demographics consist of 84% Caucasian, 10% Hispanic or Latino, 2% Asian, and 1% Black or African American. The local population has a gender ratio of 51% female and 49% male. The median household income in Castle Rock is $115,543.

The homeownership rate in Castle Rock is 77.3% with most residents purchasing their living spaces. When looking through Castle Rock, CO homes for sale, there are small single-family homes, comfortable condos, and large estate-style properties. The average price of a home in Castle Rock is $600,000.

Less than one-quarter of people living in Castle Rock rent, making it a bit tougher to find places to lease. The average price of rent in Castle Rock is $1,602 per month, which is an increase of about 5% since the same time last year.

Where should you live in Castle Rock? Among the safest cities to live in the state, you’re sure to find plenty of secure, comfortable Castle Rock neighborhoods to choose from including:

There is lots of convenient shopping in Castle Rock with some of the most well-known places including Walgreens, Target, Walmart, Goodwill, Sprouts, Natural Grocers, and the Outlets at Castle Rock.

There is a semiarid climate in Castle Rock, which means warm, dry summers and wet, freezing winters. Castle Rock weather brings about 19 inches of annual rainfall along with 62 inches of snow per year.

The average temperature in Castle Rock during the summer is between the mid-50s and upper 80s at the hottest point. The coldest weather in Castle Rock brings temps as low as the teens at night, with daytime temperatures reaching the mid-40s.

5. Things to Do in Castle Rock

With so many fun Castle Rock attractions to enjoy, local residents can easily find plenty of outdoor activities, points of interest, and other great places to visit.

A post shared by The EDGE Ziplines & Adventures (@theedgezip)

A can’t miss thing to do in Castle Rock is known as The EDGE, where visitors can experience a variety of adrenaline-pumping activities. The popular attraction in Castle Rock has a zipline sky trek people can traverse high above the ground. And thanks to the adventure tower as well as the ninja course, this fun landmark is a perfect spot for people of all ages.

Among the top outdoor activities in Castle Rock, the local Rock Park is a beautiful area to explore. The popular park features a simple hiking trail that leads to a higher elevation offering breathtaking views from the peak.

Local residents enjoy a wide range of great places to eat in Castle Rock, which makes it easy to find somewhere to grab lunch or dinner while you’re out and about.

Ranked as one of the top restaurants in Castle Rock, the Castle Cafe is a popular pub that is located within an old 1890s hotel. They serve up delicious American food ranging from juicy steak burgers to soups, salads, pan-fried chicken, pulled pork, and more.

One of Castle Rock’s best places to eat is Union, a popular lounge with a mouthwatering menu. They offer a great spread of dishes including grilled lamb, beef tenderloin, shrimp rigatoni, jumbo crab cakes, and many other options.

As the Douglas County seat, it’s easy to find great Castle Rock jobs all over town. Whether it’s with the local government or another nearby employer, some of the best places to work in Castle Rock are: 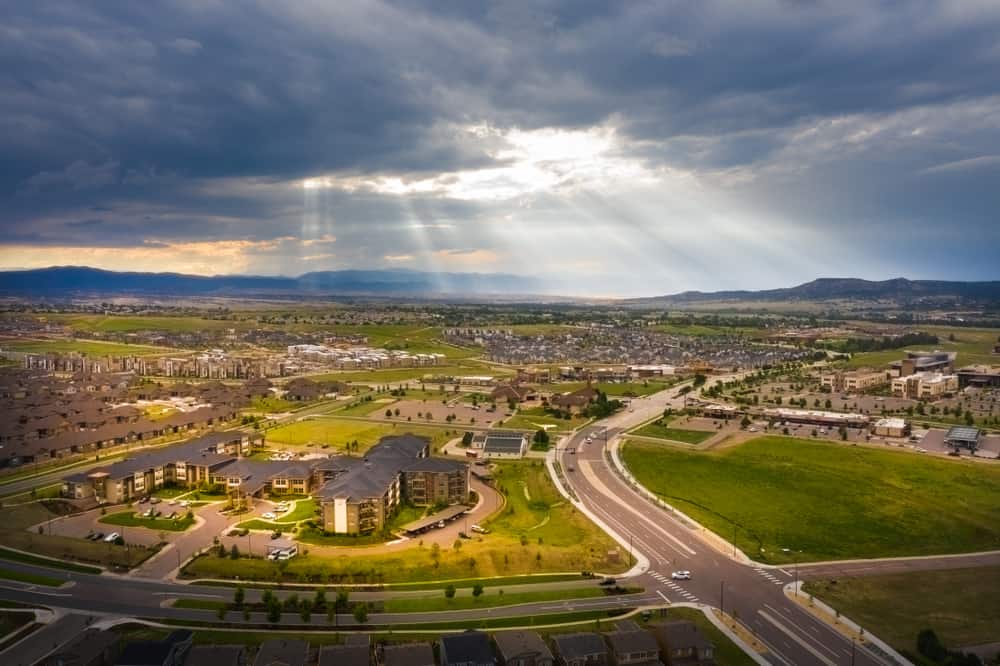 While there are many great jobs in town, some residents choose to commute for work from Castle Rock to Denver, which covers about 31 miles and takes around 45 minutes to get there.

If you’re searching for local jobs in Castle Rock, places like Indeed provide listings to get you started.

The average salary in Castle Rock is $66,000 per year. The Castle Rock state income tax rate is 4.6%. There is currently a 5% Castle Rock unemployment rate.

About 20,548 kids between the ages of 0 and 18 years old are currently living in Castle Rock, adding up to more than 30% of the population. These numbers are reflective of how Castle Rock is an excellent place for families to live.

Local Castle Rock schools are part of the large Douglas County School District with some of their top-rated programs at:

The nearest college to Castle Rock is the University of Denver, which is about 24 miles away.

Once you’ve found enough reasons to move to Castle Rock, it’s time to take the next step toward calling it your new home. Our crew of professional Castle Rock movers is the best choice to make your relocation run smoothly. Give Wasatch Moving Company a call today at (720) 798-2878 or fill out the Request a Quote form on this page for a free moving estimate!