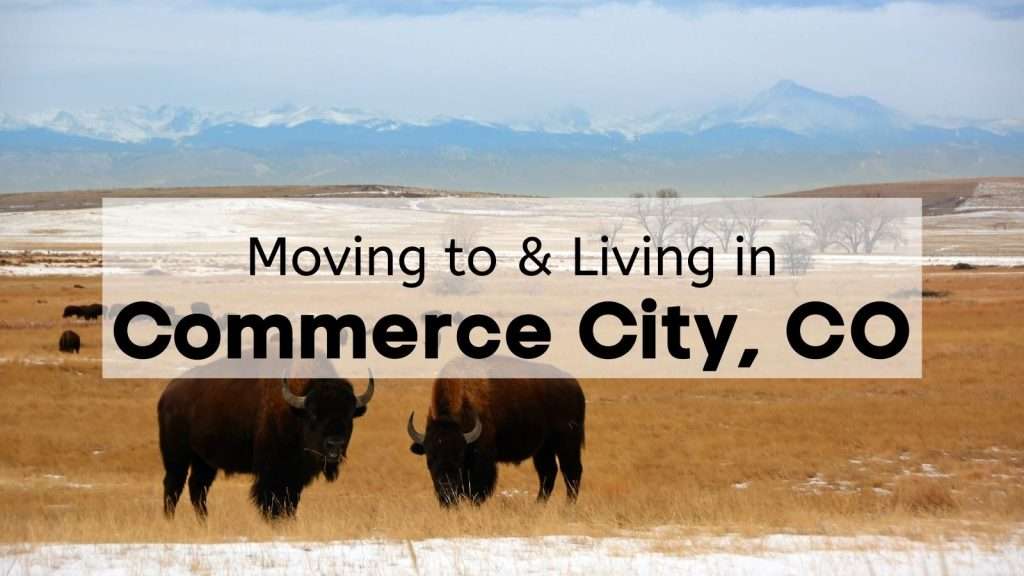 Commerce City is a lovely home rule municipality situated near Denver, Colorado. Home to a diverse and welcoming community, the city of Commerce City is one of the fastest-growing communities in the state and maintains a positive reputation for having bustling agriculture and industry. In fact, Commerce City is best known for being home to a thriving oil refinery and over 1,300 thriving businesses. Along with an array of excellent restaurants, top-rated parks, and a great golf course, Commerce City has one of the largest urban wildlife refuges and soccer complexes in the country. The settlement in Commerce City first began In the 1850s around the time when Colonel John D. Henderson began development. In more recent times, Commerce City is a suburb of Denver and is recognized as being a quiet and family-oriented place to live. Commerce City is especially ideal for young professionals and families seeking plentiful job opportunities and family-friendly amenities.

Where is Commerce City?

Commerce City is a suburb of Denver and is situated in Adams County. The distance from Commerce City to Denver, CO is about seven miles south. With the city of Henderson to the north and Aurora to the south, Commerce City is nestled along the bustling Front Range of Colorado.

As the 18th most populated municipality in the state, the population in Commerce City is 62,418 which has increased by 36% in the last decade according to the U.S Census. The median age of residents in Commerce City is 32.6 whereas 82.7% have earned a high school diploma and 24.9% have attained a bachelor’s degree. The Commerce City median household income is $82,989 which is $7,758 above the state average.

Cost of Living in Commerce City

Below is a list of Payscale’s typical living expenses in Commerce City, CO.

Commerce City is home to several lovely neighborhoods, areas, and subdivisions. Take a look at some of them below!

Reunion | Most Desirable Neighborhood in Commerce City for Families

The 3,000-acre master-planned community is situated in northern Commerce city. It offers close access to lovely neighborhood parks to take the family, public schools, The Buffalo Run Golf Course, and even its own cafe called the Reunion Coffee House. There are plenty of commercial services, employment opportunities, and different housing types in this neighborhood that median $586,000.

This vibrant 65-acre neighborhood in Commerce City consists of residential, commercial, and multicultural space that is close to several cultural restaurants and the area’s most popular sports complex. This neighborhood offers affordable housing in apartment buildings, duplexes, and townhomes that range from $175,000 to $350,000.

Commerce City experiences a semi-arid climate in which the summers are hot and sunny with highs of 90°F and winters are cold and snowy with lows of 27°F. A winter coat is necessary during the 44 inches of snowfall in Commerce City, and you can rock your sunglass throughout all 243 sunny days. Also, there are only 16 inches of annual rainfall in Commerce City, half the U.S average. With summer the most pleasant season, the best months to visit Commerce City are in June, August, and September. 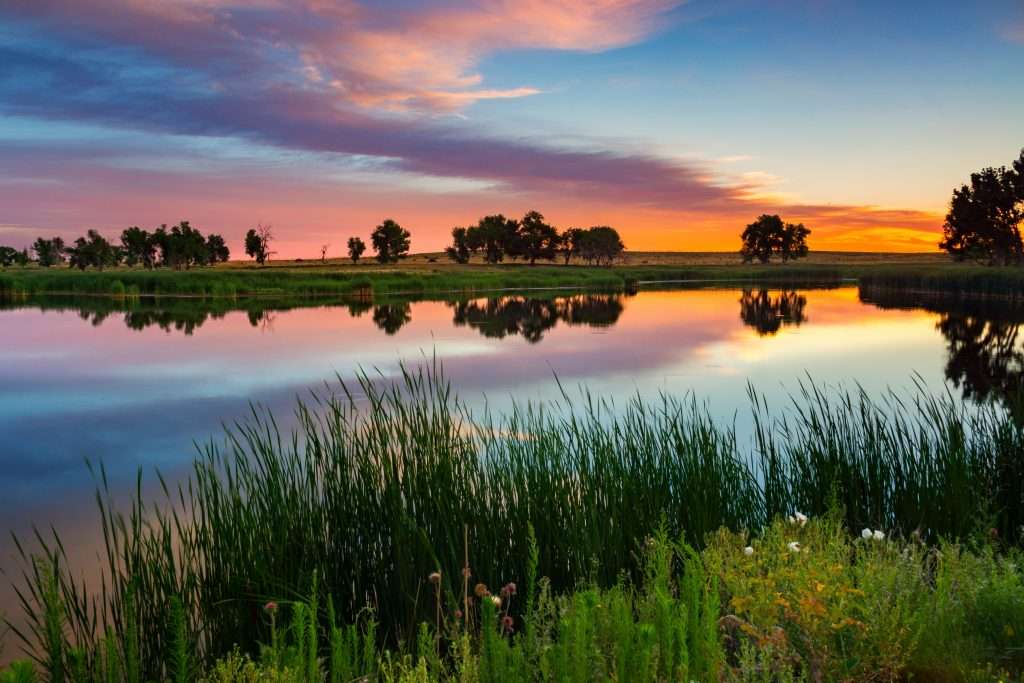 Things to Do in Commerce City

Natural areas, refuges, parks, event centers, and recreational opportunities are all abundant in the municipality of Commerce City. If you’re looking to lighten your wallet, Commerce City Plaza, North Range Town Center, and Reunion Marketplace Center are all great shopping centers in Commerce City. Check out more things to do in Commerce City below!

Home to over 330 wildlife species, this remarkable wildlife refuge features wetlands, open lakes, trails, and charming woodlands and grasslands. This is the place to go if you enjoy hiking, biking, or just being around the soothing presence of Mother Nature!

This bustling soccer stadium in Commerce City is one of the largest soccer complexes in the nation. It hosts the Colorado Rapids soccer team, live concerts, and rentable playing fields!

All 850 acres of parks, space, trails, and championship golf course are maintained by the Commerce City rec center. You can tune in on Commerce City events and news here.

Commerce City is home to over 1,400 companies– many are international and national headquarters, entrepreneurs, and small businesses. The most notable business in Commerce City is the Commerce City Refinery which produces nearly 100,000 barrels of oil each day and is crucial for boosting the Colorado economy. There is a 46.4% future job growth rate in Commerce City which is 13% higher than the average U.S. city. According to Payscale, the average base salary in Commerce City is $61,000 and the average hourly rate is $18.35. Some of the most popular job positions in Commerce city are nurse and dentist assistants whereas a few of the top employers include Palo ALTO, Inc and Deloitte. If you’re seeking employment, you can try looking online for Commerce City jobs.

Commerce City is served by the 27J Schools and Adams County School District 14. This district is home to 13 schools and over 7,300 students. With a student-teach ratio of 18:1, this highly-rated school district aims to inspire, educate, and empower students to succeed.

Explore more things to do with this map of Commerce City!