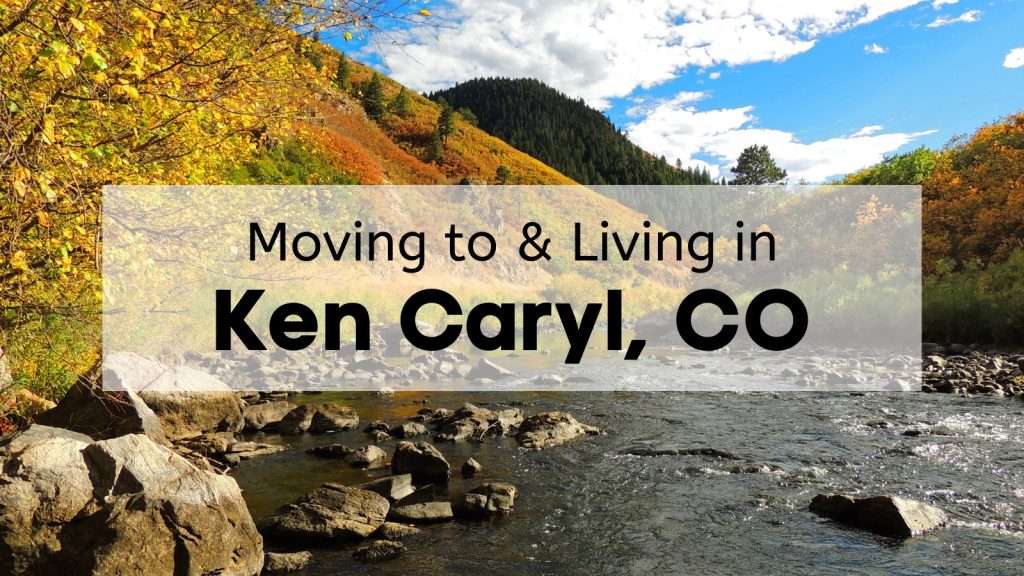 Ken Caryl is a census-designated place in Jefferson County. It’s also considered part of the  Denver–Aurora–Lakewood Metropolitan area. Better known as Ken Caryl Ranch, it offers a close-knit neighborhood vibe but allows residents to stay in close proximity to larger cities that have more economic opportunities and plenty of activities. Ken Caryl Ranch is known as a paradise for outdoor enthusiasts with 45 miles of private trails to enjoy without giving up the amenities of the big city nearby.

The property that is now Ken Caryl was purchased in 1859. It was originally the home of the Bradford/Perley house on the toll road travelers took moving west from Denver. Later, the area became a ranch and a working farm. The area transformed into what you see today when it was sold to Martin Marietta Astronautics Group in 1987. The homes were mostly created by the late 1990s. The community is known for its emphasis on the natural and untouched nature of the valley.

Today, Ken Caryl is a great place to live and residents enjoy how close the area is to nature and larger cities, demonstrating how rewarding striking a balance between rural and urban can be.

Where Is Ken Caryl Ranch, CO?

Ken Caryl is a census designated place in Jefferson County, Colorado. Ken Caryl Ranch is considered to be part of the Aurora/Denver/Lakewood metro area. Ken Caryl to Denver is just 18.8 miles (or approximately 30 minutes by car). Therefore, if you work in Denver but would prefer to live outside the fast-paced city, Ken Caryl may be the right fit for you.

Ken Caryl borders Stanton Farms to the north, Littleton to the south and west, and Columbine to the east.

This census designated place has a nearly equal population of men and women; 50.6% of residents identify as female.

The crime rate in Ken Caryl per 1000 residents is 49.47. Ken Caryl is considered a safe place to live. The west side of Ken Caryl is largely considered the safest part of this census designated place.

Because Ken Caryl is so small, it is served by the Jefferson County Sheriff’s Office.

Cost of Living in Ken Caryl

The median home price in Ken Caryl is $562,500. You can explore homes for sale in Ken Caryl, CO ahead of your move to get an idea of what you can get with your budget. The average monthly cost for rent is $2,047, according to RentCafe.

Ken Caryl Neighborhoods | Where to Live in Ken Caryl

Because Ken Caryl is a small, census designated place, there are not neatly defined neighborhoods. Therefore, whichever part of Ken Caryl you decide to move to, you’ll enjoy. You’ll notice that many of the houses in Ken Caryl look relatively similar as they were built during the same period in the 1970s-1990s.

The summer in Ken Caryl tends to be hot, and winters are snowy and very cold. It’s average for the weather to fluctuate between 23 and 86 degrees throughout the year. It rarely dips below 7 degrees or reaches higher than 94.

Things to Do in Ken Caryl

Because of Ken Caryl’s proximity to plenty of wildlife, there are various things that you can do here if you’re looking for activities. There is something for everyone, from sports enthusiasts to those who would rather bundle up inside.

If one of the items on your to-do list is to go to the grocery store, don’t forget to stop by King Soopers, one of Ken Caryl’s most popular places to get food. And if you’d like to spend some time shopping, you can do so at Marketplace at Ken Caryl.

Here are some of the best activities in Ken Caryl.

Do you or your children enjoy ice skating? If so, you’ll be thrilled to learn that Ken Caryl is home to a popular ice area. This is a great place for you to attend public skate sessions and brush up on your skating, or if your children play hockey, they can get involved here, as well.

A post shared by Krivo School Of Hockey Elite

Colorado is known for its famous winters, and there’s nothing local children love more than going sledding when the weather gets cold. Get familiar with the Ken Caryl sledding hill, an unincorporated park where you and your children will do a lot of sledding come wintertime.

There’s nothing like playing a round of golf set against the luxurious background of the mountains. If you’re looking for the most relaxing place to play golf in Ken Caryl, look no further than Meadows Golf Club. This course is also extremely well-kept so you’ll have quality greens and fairways to enjoy.

The master planned community is governed by the Ken-Caryl Ranch Master Association (KCRMA) and the Ken-Caryl Ranch Metropolitan District (KCRMD). Residents enjoy nearly one dozen parks in Ken-Caryl Ranch plus the 17-acre Equestrian Center, a 9-hole disc golf course at the Ranch House, and the Club House on 11 acres with an outdoor pool, community garden, and playground. Be sure to explore amenities on the official Ken Caryl parks & facilities page!

Because Ken Caryl is a suburb of Denver, many people who live here commute into these cities for work. They find that the close-knit community that Ken Caryl offers is worth the commute.

If you’d rather not commute into Denver or another nearby city, you can work in or around Ken Caryl. Indeed can help you find a new job in the area if you’re looking, and you can look for Ken-Caryl Ranch jobs here. Some of the most popular employers in Ken Caryl include the US Government, Deloitte, and University of Colorado.

Students in Ken Caryl attend Jefferson County Public Schools. This school district has nearly 81,000 students and 166 schools. The student-to-teacher ratio is 17 to 1. If your kids attend this district, they will receive an above-average education.

Discover everything that this suburb of Denver has to offer.

You’ll love the proximity of Ken Caryl to larger cities, the myriad of things to do, and the community feel this CDP offers. If you’re ready to make your move, contact our Ken Caryl movers at 720-798-2878 for a free quote to get started.