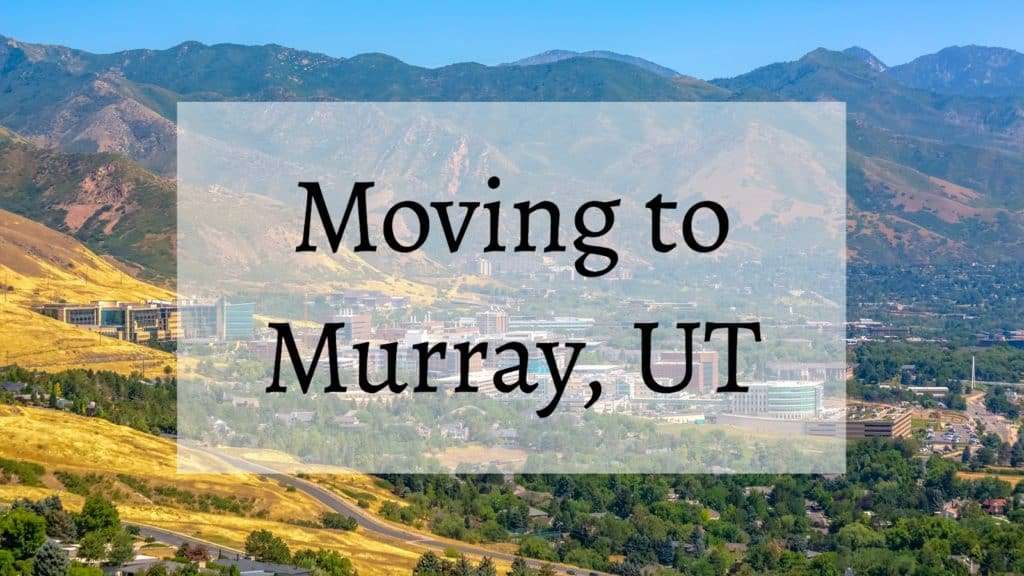 Living in Murray UT (2022) – SHOULD You Move There? | Wasatch Moving Company

Murray is a mid-sized city located just 10 miles outside of Salt Lake City in Salt Lake County. Known for its close-knit community and reasonable cost of living, this charming municipality has something to offer everyone. Wondering if relocating to Murray is right for you? We’ve got all the details you need to make your decision easy.

Murray, UT is the 14th largest city in Utah, with a population of just over 49,000 people. The median age here is 35.4; the largest age bracket is persons between 25-34 years old. While the majority of people living in Murray are married, just 40% of the population is made up of families with kids under 18. Many Murray locals were born and raised here in Utah, but about a quarter of residents were born in other parts of the US, and 9% of locals emigrated to America from a different country.

As with much of Utah, religion also plays a large role in the lives of Murray residents. Three-quarters of the population identifies as religious, the vast majority of whom follow The Church of Jesus Christ of Latter-Day Saints. While the Mormon faith is the most popular ideology in town, about 15% of locals follow another Christian sect. A very small percentage of the population is Jewish, Muslim, or Hindu.

Cost of Living in Murray

Wondering how much it costs to live in Murray? Overall, Murray is just 5% more expensive than the American average. Transportation, healthcare and goods and services are all close to or equivalent to the national average. Utilities cost about 25% less than average, owing to Utah’s amazing weather!

Housing costs in Murray are also reasonable. The median property value here is $245,300, with the largest share of homes selling for between $200,000-$250,000. Property taxes are fairly low, costing most families between $800-$1,400 per year. While about 64% of folks residing in Murray own their homes, the remaining portion of the population rents instead, and they spend about $1,102 per month.

The Weather in Murray 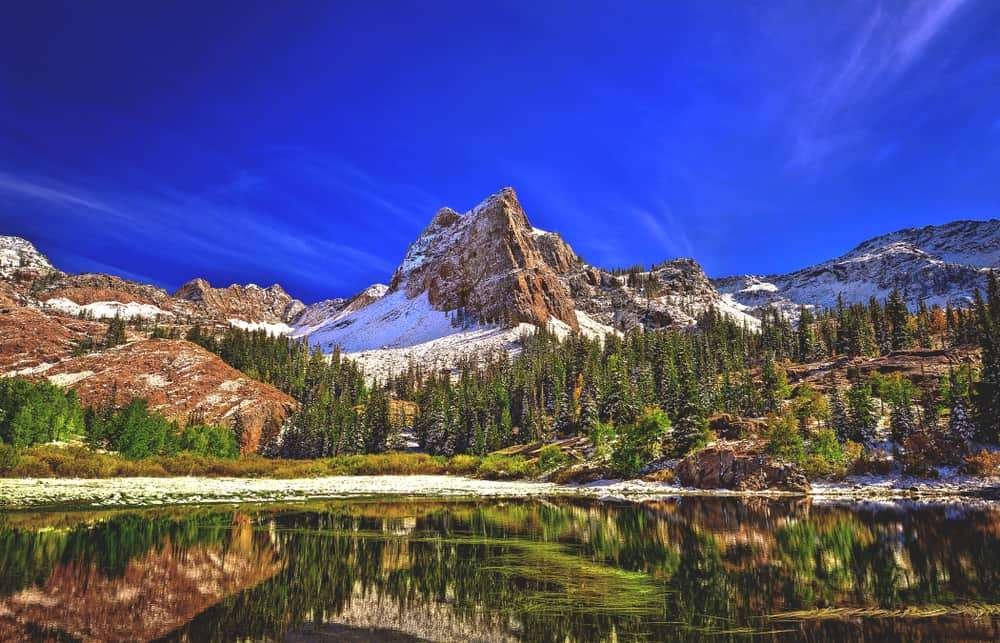 If there’s one thing Murray has plenty of, it’s sunshine! Murray gets an astonishing 230 sunny days a year, which is well above average. While the temperature here can slip below freezing in the winter months, summers are super hot, with some days hitting the mid-90s! Of course, Utah is famous for its snowy peaks, which draw in thousands of skiers every year. Murray is no different, receiving 47 inches of snow per year on average, so make sure you have your skis and your snow shovel ready.

The City of Murray has a flourishing local economy, which currently supports dozens of businesses and more than 26,000 workers. Murray’s median income is about on par with the United States median, at $57,662 per year, but that number has been trending upwards over the past few years. The most popular occupations here are in management, administrative and sales roles, and the largest local indsutries are retail trade, healthcare and manufacturing. Traveling from Murray, UT to Salt Lake City only takes about 15 minutes, so many locals also work in SLC’s booming tech, finance or aerospace industries.

Murray families are committed to giving their children a great education. There are a total of 26 schools in Murray between public and private institutions. That number includes 11 preschools, 13 elementary schools, nine middle schools and seven high schools. One of the best schools in the city is the Academy For Math Engineering & Science (AMES). This early college school is associated with the University of Utah, and provides students with rigorous studies in Science, Technology, Engineering and Math (STEM) subjects.

Things to do in Murray

Looking for something fun in Murray to do in your leisure time? Of course, with Murray so close to Salt Lake City, you have easy access to some of the best music venues, bars, and events in the state. However, Murray itself also has plenty of local attractions for you to enjoy. Here are two of our favorites.

This farm homestead has been turned into an interactive farm and park for locals to explore! Take a tour of the farmhouse, hike trails through the farm’s many acres of land, and even try your hand at cow milking at this fun and family-friendly destination. A Sunday market provides tons of fresh produce, while camps and classes teach kids all about the importance of agriculture and animal husbandry. It’s also a top spot for wedding receptions in Murray!

Nothing says, “fun for the whole family” like an epic indoor trampoline park! At Get Air Trampoline Park, you can jump and flip freestyle, or try the Park’s many activities, like trampoline dodgeball. There’s even a reserved area for smaller kiddos, so you and your kids can safely enjoy the park together.

If you’re relocating to Murray for the first time, here are three top neighborhoods in Murray to check out:

Some days, cooking just won’t cut it. On those days in Murray, we head out to try one of the city’s dozens of delectable restaurants. With so many to choose from, we get that it’s hard to choose, so here are two excellent choices you can rely on for a delicious night out:

Transport yourself to Italy for a night when you enter the Brio Tuscan Grille. The upscale environment is complemented by an incredible menu, featuring dishes like the shrimp & lobster fettuccine and chicken limone.

When you’re craving the freshest fish around, Soy’s Sushi Bar and Grill has you covered. From sashimi to classic sushi rolls, and inventive cocktails to go with them, you’re sure to have an amazing night when you visit this Murray restaurant.

Tips for Moving to Murray

Should you move to Murray? We hope after reading about this incredible community, your answer is yes! When considering if Murray is right for you, remember:

And remember, for your relocation, you deserve the best team of local Murray movers around– Wasatch Moving Company. We’re here to help with all your moving needs, so reach out at (801) 758-0030 to schedule a free consultation!