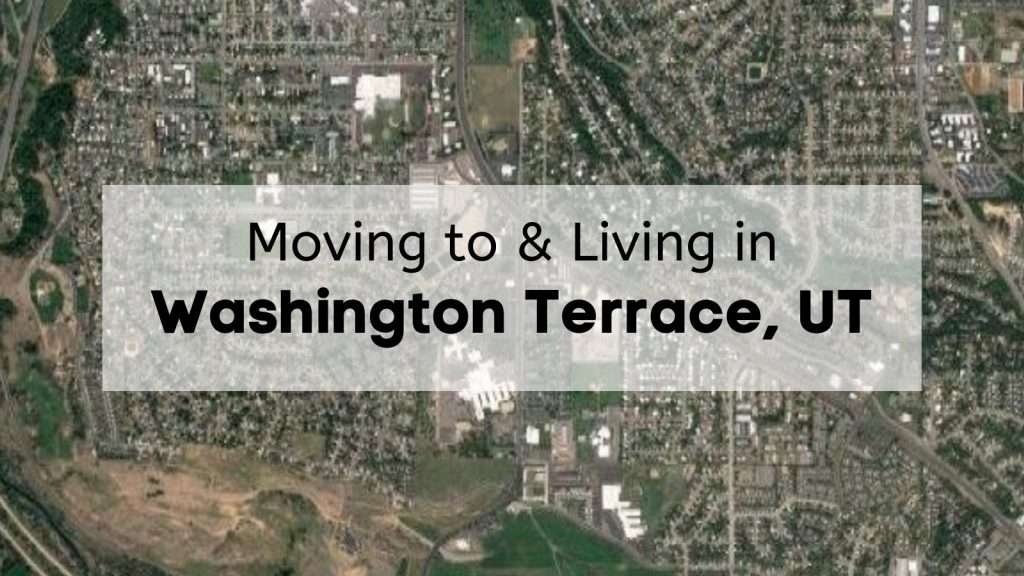 In 1948, Washington Terrace was founded as a wartime housing project. After serving its original purpose (to provide housing), the area continued to grow. George Herman Van Leeuwen played a significant role in securing the land from the government. He also acted as the President of the Board of Directors. Despite his influence on the city, it was decided that the city would not be named VanLeeuwenville in his honor.

Today, Washington Terrace is an excellent place to live because of its gorgeous mountain views and friendly small-town feel.

Where Is Washington Terrace?

It is unclear why Washington Terrace was named such after the name originally proposed was rejected.

Washington Terrace borders Ogden to the north, Roy to the west, South Ogden to the east, and an unincorporated area to the south.

The majority of the population in Washington Terrace is caucasian (89.41%). 7.92% of residents identify as two or more races, .94% are Black or African American, .89% identify as a race not listed, .61% are Native Hawaiian or Pacific Islander, and .23% are Asian.

Washington Terrace, Utah is a safe place to live. The average crime rate is 28.19 per 1000 residents. It is safer than 46% of other cities in the United States.

Because Washington Terrace is a small city, the Weber County Sheriff’s Department provides law enforcement services in the area.

Cost of Living in Washington Terrace

Things to Do in Washington Terrace

If you’re looking for fun things to do after moving to Washington Terrace, you’ll be happy to learn that there tons of activities and amenities to enjoy. From arts to outdoors, you can find it all in this small town surrounded by the mountains. To help you figure out where to begin, we’ve rounded up some of our favorite things to do in Washington Terrace.

If you have children or pets, you’ll likely spend time in Lion’s Park. Not only is there a playground for your children to play in, there are also picnic tables and a basketball hoop. It is the perfect palace to spend a weekend in Washington Terrace.

Are you a theater enthusiast? If so, you can’t miss dropping by Beverly’s Terrace Plaza Playhouse. This theater is in an old market and features talented local actors.

If you’ve wanted to try an escape room (a room where you have to put together clues to find your way out), you’re in luck. There is an excellent one in Washington Terrace. This is a great family activity or something you can do with your friends on a weekend.

The average hourly salary in Washington Terrace is $21.63.

If you are moving to Washington Terrace with children, you may be interested to learn more about the school district that your kids would attend. Children living in Washington Terrace attend the Weber School District. This is a large school district that offers educational opportunities to students in all of Weber County (except Ogden which has its own district). There are about 33,000 kids enrolled, 4 high schools, 29 elementary schools, and 9 junior high schools. There are also 1699 teachers.

Discover everything that Washington Terrace has to offer!

You’re going to love Washington Terrace’s close proximity to nature and the community feel. If you’re ready to begin making your move, contact our Washington Terrace movers today by calling 801-770-0765 for a free quote.