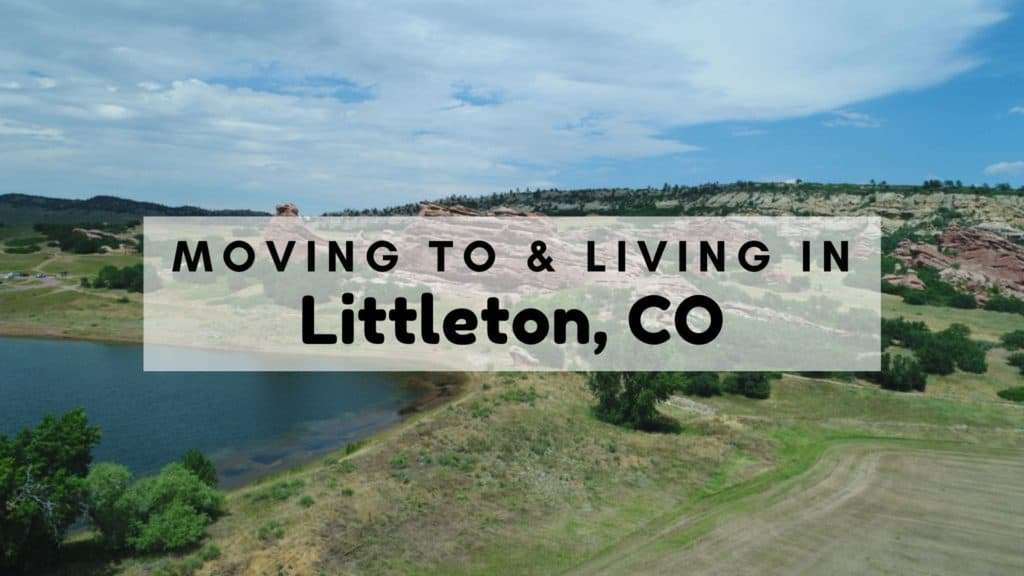 Located a few miles south of downtown Denver sits the charming town of Littleton, Colorado. Littleton’s history begins like many other cities in the west – with the Gold Rush. Pike’s Peak Gold Rush brought the city’s founder, Richard Sullivan Little, to the area in 1862. His initial venture was in irrigation systems, but soon built the Rough and Ready Flour Mill, which became the economic foundation of the community. The population grew, and in 1890 the 245 residents voted to incorporate. Today, Littleton is known for its idyllic community and historic downtown. The culture of Littleton is laid back, kind, and filled with a diverse community.

The Littleton city limits cover three counties, Arapahoe, Jefferson and Douglas. The city shares borders with the Cities of Denver, Englewood, Highlands Ranch, Greenwood Village and is considered a suburb of Denver.

Those living in Littleton today experience a safe, family-friendly community with a tight-knit feel. In fact, Littleton is often included on lists detailing the safest communities in the United States. If you want a place that is great for kids, close to a big city, and has a laid back atmosphere, this is the place for you. There is something for everyone here, especially if you’re looking for a suburban lifestyle with access to Denver.

The homeownership rate in Littleton is 60%. Median sale price for a home in Littleton is $515,250, and the real estate market is very competitive. Homes usually stay on the market for only a week with multiple offers. Because of this, now’s a great time to buy one of the many Littleton, CO homes for sale! Prospective residents should expect to choose from modern townhomes, modern farmhouses, and Craftsman style single family homes.

Prospective residents who are not looking to buy won’t have a problem in Littleton. 40% of residents in Littleton rent their homes, and the average monthly rent in Littleton for an apartment is $1647. Renters can choose from beautiful multi-unit buildings and townhome communities with great amenities.

Littleton is made up of many subdivisions, and there is truly something for everyone. The most popular neighborhoods in Littleton are Old Littleton, Shadycroft Acres, Mountain Rangeview, Ken Caryl Ranch, Grant Ranch, and Sterling Ranch. Old Littleton in the downtown area is one of the most desirable Littleton neighborhoods due to its historical charm. If you’re looking for larger properties, Shadycroft Acres and Mountain Rangeview are affluent, equestrian-friendly neighborhoods. If you’re looking for a condo or townhome, check out Riverwalk.

Littleton is home to several master-planned communities. Ken Caryl Ranch is one of the best neighborhoods in Littleton for families and is situated at the foot of the mountains, offering residents tons of amenities, including sports facilities, a swimming pool, equestrian center, and hiking trails. Grant Ranch is a newer master-planned community with a wide variety of housing options from single family homes to gated communities to retirement condos. Sterling Ranch is another great option, and it’s complete with its own medical facilities, mall, and extensive nature trails.

If you’re thinking of moving to Littleton, you can expect hot summers and cold winters. There is tons of sunshine here, and residents enjoy around 300 sunny days a year. Summers are hot, with average temperatures peaking above 90°F in July. Winters are cold and can bring copious amounts of snow. December is the coldest month, with temperatures sometimes dropping as low as 17°F, and even -10°F at night. The climate in Littleton sees all four seasons.

Things to Do in Littleton

There are plenty of things to do in Littleton! Whether you’re looking to get some fresh air, listen to music, or find fresh produce, there’s something within reach here. Check out the most popular Littleton activities below.

The beautiful Hudson Gardens & Event Center has it all. Here residents enjoy over 30 acres of spectacular gardens and trails for free. If you’re looking for fun things to do with kids in Littleton, this is a stop everyone will enjoy. Hudson Gardens hosts tons of concerts and community events, and the event center is available for weddings, conventions, and other celebrations.

It’s impossible to get bored at Clement Park! Fish or take a walk around the Johnston Reservoir. Play horseshoes, tennis, baseball or basketball. Kids love the playgrounds, skate park, and splash parks. Every September, Clement Park hosts the Summerfest Festival at its small amphitheater. It’s one of the most popular parks in Littleton.

Additional Things To Do in Littleton, CO

Littleton may be mostly suburban, but that doesn’t mean you can’t find a great restaurant! Downtown Littleton is buzzing with shops, galleries, bars, and restaurants. Here are some of the best places to eat in Littleton:

When you hear the name Nono’s, you might think Italian, but this casual eatery has been serving up amazing Cajun and Creole fare in Littleton since 1996. With over 1,700 positive reviews, this Littleton restaurant is a local favorite! You’ll never leave hungry when you go to this eatery.

If you’re looking for seafood, look no further than Smokin’ Fins. The owners are passionate about their work, and creative with their menu. They’re charitable too, and once a month give 10% of their earnings to local nonprofits. With over 1,000 positive reviews on Google, you can count on the food being delicious.

Median household income in Littleton is $73,185, which is 21% above the national average. The main industries in Littleton are retail, healthcare/social assistance, and professional/scientific and technical. The highest paying jobs in the area are in the mining and agricultural industries. If you’re looking for a job in Littleton, click here to view current listings on Indeed.com.

Those moving to Littleton can expect an average commute of 23.5 minutes, which is lower than the national average. Most people choose to commute alone rather than use public transit. However, the D and C lines of Denver’s RTD light rail do serve Littleton for residents who are interested; almost 7% of Littleton residents use public transportation for their commute. 9% of those residing in Littleton work from home, which is much higher than the national average. Many people commute to Denver to work. If this is what you plan to do, click the link for directions from Littleton, CO to Denver, CO, which is 10.8 miles.

Almost 24% of households in Littleton have children under the age of 18. The city is served by Littleton Public School System, which is ranked as Accredited with Distinction, Colorado Department of Education’s highest rating. Littleton Public Schools have been awarded this distinction more times than any other Denver area school district. It has also won top awards for safety and security. Student/teacher ratio in Littleton is 18:1, and families can choose among 60 public schools and 16 private schools in the area. Some of the best public schools in Littleton include Rock Canyon High School, Wilder Elementary School, and Heritage Elementary School.

Is Littleton, CO the next home for you and your family? If you’re relocating to Littleton, let the best Littleton moving company help you get there. Call today for a free quote!