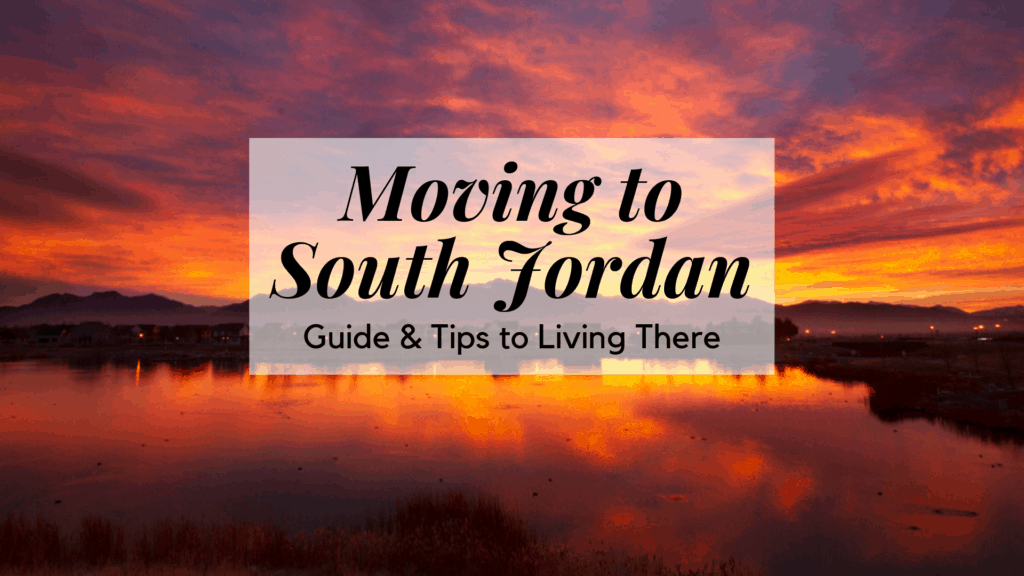 Like many parts of the Salt Lake Valley, the first South Jordan settlers arrived in the mid-1840s. Many of the new residents already knew the steps necessary to spark the local economy so they began to set up irrigation canals and local businesses like a blacksmith, mill, and multiple farms.

Ever since the area was incorporated as a city in 1935, it has done nothing but thrive and grow year after year. If you’re thinking about moving to South Jordan, we’ve put together this comprehensive guide to teach you about this great city. Keep reading to learn everything you should know before living there.

The South Jordan population is currently around 71,000 and is still growing. There have been anywhere from 2,000 to 4,000 people moving to South Jordan each year since the early 90s.

Thanks to these numbers, recent deals for land purchased on the western side of town will continue building on the rapid growth with enough new homes to potentially double the population in the next couple of decades. (Be sure to check out the Neighborhoods section below for more details!) 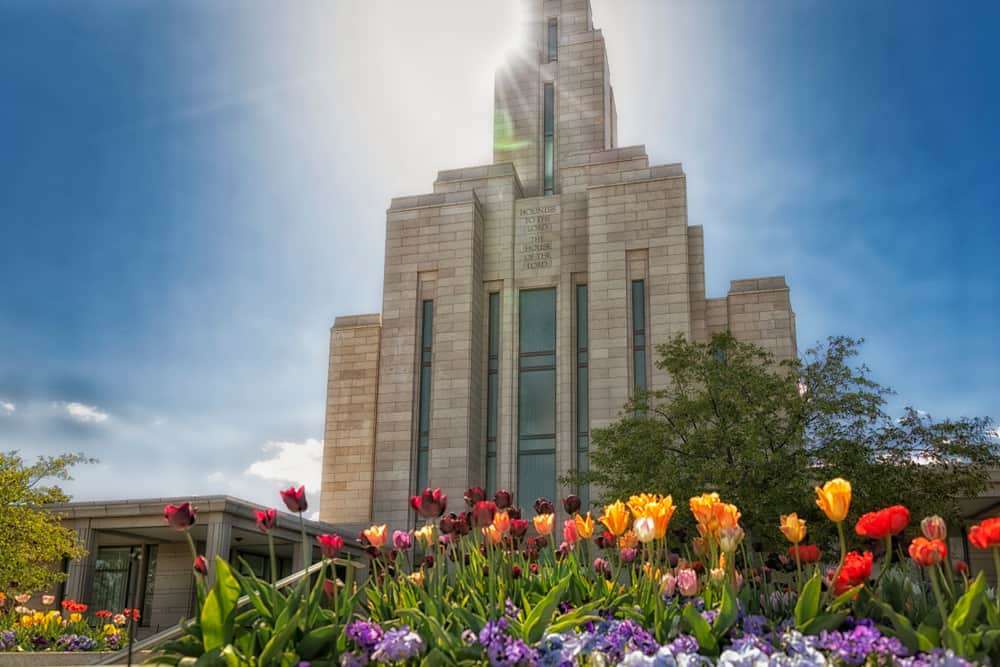 As part of the central hub for The Church of Jesus Christ of Latter-day Saints and due to the major growth, South Jordan has the distinction of being the first city in the world to have two temples: Jordan River Utah Temple and Oquirrh Mountain Utah Temple.

Along with the impressive growth, the local area is also recognized for a rather unique body of water. Oquirrh Lake is located to the northwest of where the Bangerter Highway meets West 11400 South. The lake has an unusual shape which wraps around a small island neighborhood and then has about a ¼-mile stretch that goes straight north.

The fun attraction offers canoeing, non-motorized boating, fishing, and walking/jogging/cycling trails. A local shop on the lake rents out boats like kayaks, canoes, paddleboats, and even small sailboats for a small fee.

3. Things to Do and Restaurants in South Jordan

There are a handful of other great things to do in South Jordan beyond just the lake. If you’d like to take an adventure under the sea, head over to Loveland Living Planet Aquarium. It is home to more than 4,000 unique animals including marine life like sharks, otters, penguins, and many more.

To the south in the city of Lehi, you’ll find a neat place known as Thanksgiving Point. It is a large farm with local produce, a museum, and also offers access to a neat butterfly biosphere.

Want some pizza for lunch, dinner, or a late-night snack? The Pie Pizzeria is the best place in South Jordan for a slice. Another great place to eat around town is R&R BBQ, a counter-style barbecue restaurant with great ribs, brisket, and other delicious meats. While if all you can think about is a juicy steak or burger, Market Street Grill is the perfect spot to fulfill your craving.

There are plenty of great reasons for moving to this popular Salt Lake City suburb, but it does come with a slightly higher cost of living. You can expect to pay a bit more for just about everything in South Jordan when compared to the nearby state capital, including transportation-related prices, local utilities, and housing expenses.

Future homeowners on the hunt for a new house will find the average cost of a home in South Jordan currently around $453,300. The area is considered a warm market that has gone up about 5.1% in the last 12 months. It is also projected to rise another 2.7% in the next year.

Only about 20% of residents in South Jordan rent, but there are some really nice homes to choose from among the leasing options. As of right now, the average cost of rent is between $1,349 per month for a one bedroom place, while you can expect to pay $2,020 or more per month for a home with either four or five bedrooms.

South Jordan is often considered a bedroom community due to the many residents who commute into Salt Lake City for work. With that in mind, a massive new community called Daybreak has been in the works for the past few years. Covering about 4,000, when the neighborhood is finished, it will hold over 20,000 homes as well as 9.1 million square feet of space to be used for local businesses.

Along with Daybreak, to the east of Oquirrh Lake, you’ll find the family-friendly community of High Pointe. Then there is Shelbrooke which is right next to both South Jordan City Park and the city’s commercial town center.

6. Member of the Jordan School District

There are also two colleges near the east border of town. You’ll find a University of Phoenix campus in South Jordan, as well as the Roseman University of Health Sciences.

HireVu, a software development company specializing in the hiring & recruiting process, is also headquartered in town. One additional business is ConsultNet, an IT staffing and recruitment business.

If you’re moving to Utah for the first time, you’ve likely already heard it snows there and weather in South Jordan is no exception. Winters tend to bring temps in the low 20s to mid-40s along with around 44 inches of snow per year. 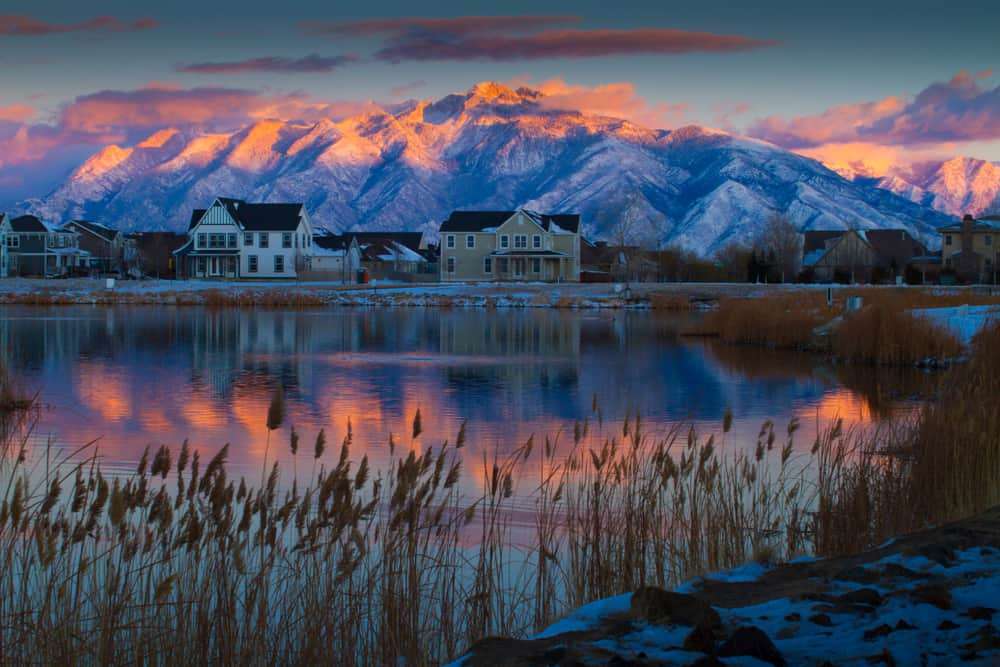 But you will still have plenty of time for swimming and other outdoor activities as summer comes around with lows in the mid-60s and the occasional 100°F days.

Tips for Moving to South Jordan

Living in South Jordan offers so many great opportunities and local amenities. Keep these things in mind as you decide on whether or not it’s the place for you:

If you are planning on moving to South Jordan, the Wasatch Moving Company is here to ease the transition. We know that no relocation is easy, but we take over the logistics to ensure everything runs smoothly as possible.

Learn more about our moving services by giving us a call today at (801) 758-0030. Or fill out the Request a Quote form at the top of this post to get a free estimate.