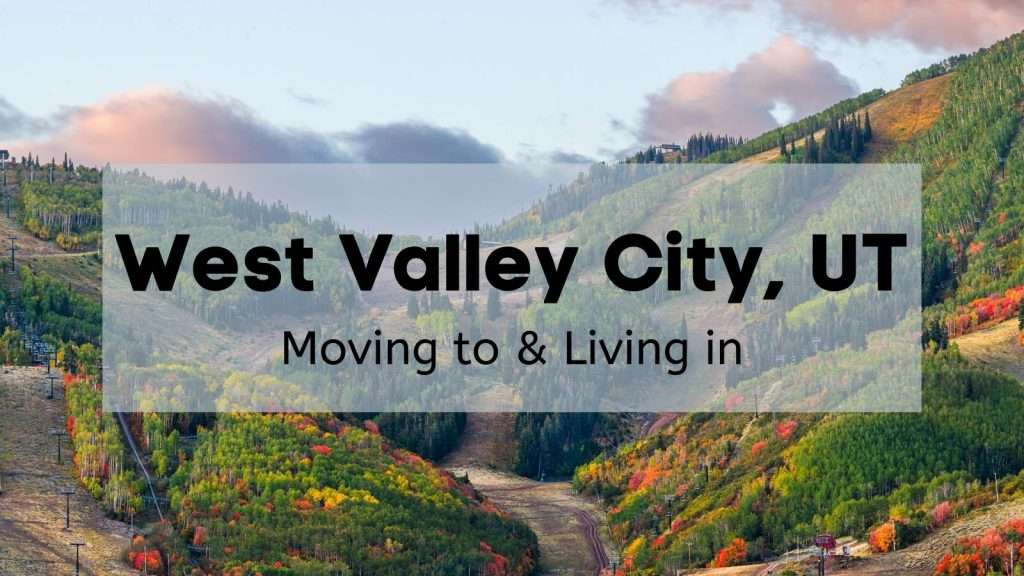 West Valley City is a close neighbor to Salt Lake City, and naturally their history is closely intertwined. Initially inhabited by the Ute and Shoshoni, the first Europeans to arrive in the area were the Latter-day Saints, just as their religion was beginning to gain a following in 1847. Welsh pioneers would settle the Granger area only a few short years later, and after a few decades, the Hunter area was also settled by more members of the Latter-day Saints.

West Valley City began to experience serious growth in the 1970s, causing the four disparate communities of Granger, Hunter, Chesterfield, and Redwood to merge into the city we now know it as today. West Valley City even had the honor of hosting the Winter Olympics 2002 men and women’s ice hockey tournament in its now famous Maverik Center.

As one might expect, many of the notable people who live here are professional sports players, such as NFL tight end John Madsen and Miami Dolphins guard Ray Feinga.

Thinking about moving to this community, but wondering if West Valley City is a safe place to live? According to the latest crime statistics from the FBI, West Valley city, unfortunately, has a crime problem. West Valley City’s violent crime rate is 91% higher than the national average, with the murder rate here being 8 per 100,000 people, rape at 159 per 100,000, robbery at 136 per 100,000, and assault at 654 per 100,000.

While the cost of living index in the Salt Lake City metro area is 2% higher on average than other places in America, West Valley City is a very affordable place to live. The median price for a home in West Valley City is $242,500, significantly more affordable than the average home price in Utah, which is $305,400.

According to Payscale, basic everyday costs like housing, utilities, and groceries will cost you less to varying degrees, anywhere from 20% lower to only 2% lower. Transportation is the one exception for West Valley City, being 7% over the average. The average utility bill in West Valley City is $130.77 per month.

Here are some common items you might buy, and their prices according to Numbeo:

If you choose to start living in West Valley City, you’ll be served chiefly by the Granite Public School District. In total, the district has over 60,000 students and 100 schools, a good chunk of which are easily accessible from whatever part of West Valley City. Within West Valley City, there are plenty of excellent schools for your child to attend, no matter their age. Notable ones include the Monroe School, Vanguard Academy, and the Robert Frost Elementary School.

If you or a family member are looking to get into higher education, you won’t have any options within West Valley City, unfortunately. However, there are plenty of excellent higher education institutions near the area! For instance, the well-renowned University of Utah has a campus only a few miles away in Salt Lake City – an easy drive!

Utah is a beautiful place with a lovely climate – about the best you can get without going to California. Expect little rain and lots of snow due to the unique arid climate here. You can expect lows of 33 degrees Fahrenheit during the winter months, and highs of 85 degrees Fahrenheit during the summer months. West Valley City experiences much less than the average amount of rainfall when compared with the rest of the United States, with only 18 inches per year as compared to 38. On the other hand, West Valley City experiences lots of snow, with 42 inches annually compared to the average of 28. The best times to visit West Valley City, in terms of comfort rating, are June and September. The coldest month is January.

West Valley City, like most of Utah, does not generally experience extreme weather events like tornadoes or hurricanes. However, some freak instances of tornadoes occurring have been documented.

While West Valley City does not have the pedigree of Salt Lake City, per se, it still has plenty of excellent subcommunities and neighborhoods that anyone who intends to act as an informed potential resident ought to know about. Check out some of the best places to live in West Valley City below:

West Valley City is primarily divided into three distinct areas when it comes to neighborhoods, roughly correlating to the eastern, central, and western sides of the city. The eastern side consists of the neighborhoods of the Redwood, Chesterfield and East Granger neighborhoods, all of which are generally lower income areas, and have distinctive ‘70s “ranch style” housing.

The central portion of West Valley City is dominated by the West Granger and Hunter neighborhoods, as well as numerous business developments, and has a more middle class character. The western portion has the West Hunter, Woodhaven, and Oquirrh neighborhoods, all of whom have slightly higher than average median incomes and have recently developed housing.

West Valley City gets an 89 on Redfin’s competitiveness scale, with prices for homes on the rise, and seeing no signs of depressing anytime soon. Another aspect contributing to the competitiveness of West Valley City’s housing market is the affordability – homes here are much cheaper than in neighboring Salt Lake City!

The median sale price for West Valley City homes is $242,500, which is significantly more affordable than the average home price for the Salt Lake City metropolitan area ($329,200) and Utah at large ($305,400). The number of houses sold yearly has slightly depressed, by 7.7% year over year to be exact, with 120 homes being sold this year. The median days on the market is incredibly short for this area, with most homes only staying on the market for 6 days!

If you want to make yourself a part of any of these communities, you should check out the latest listings for homes for sale in West Valley City, UT.

West Valley City is a city whose main industries pertain to finance, tech, and management, according to Payscale. The most popular positions of employment are Operations Manager, Software Engineer, and Human Resources Manager. The largest employers in the area, and by extension the best places to work in West Valley City, are Discover Financial Services LLC, FranklinCovey Company, and Harmons. The average salary for a worker in West Valley City is $62k a year, while the average hourly wage is $17.91.

Things to Do in West Valley City, UT

Alongside its host of things to do, West Valley City is also home to plenty of great eats! Check out some below:

One of only five locations in this small local chain, Jim’s Family Restaurant is a West Valley City restaurant that prides itself on acting like it’s sunup even when it’s sundown. That means that breakfasts are their specialty, even long after the sun has gone down.

Want to get experimental with Japanese and Vietnamese cuisine? When it comes to interesting and unique fusions of dishes, Asian cuisines seem to always be the ones that are pioneering in that field, and Fat Fish continues this tradition. You’ll try sushi and pho unlike any other sushi and pho here!

This unique take on Korean BBQ is beloved by West Valley City locals, owing to its presentation and good taste! This restaurant serves fusion Korean BBQ in cups – hence the odd name. However odd the name is, you’ll be sure to love this joint’s interpretation of Korean dishes!

As has been mentioned many times in this post, West Valley City is well known for its love of sports. The Maverik Center acts as something of a central point to the entire community, and more teams than just the Utah Grizzlies play there! It’s even been used as a stage for some portions of the Winter Olympics. However, that’s not the only sports venue in West Valley City – there are plenty of sports fields, clubs, and organizations for amateurs and pros alike! If you’re a sports lover, you’ll love it in West Valley City, guaranteed!

Planning on moving to West Valley City, Utah? We understand why – there’s plenty of great things about this city! If you need your move done right, give Wasatch Moving a call at (801) 758-0030! Our team of top-rated and professionally-trained West Valley City movers are ready to make your relocation easy! Call now or fill out our online form for a free quote!