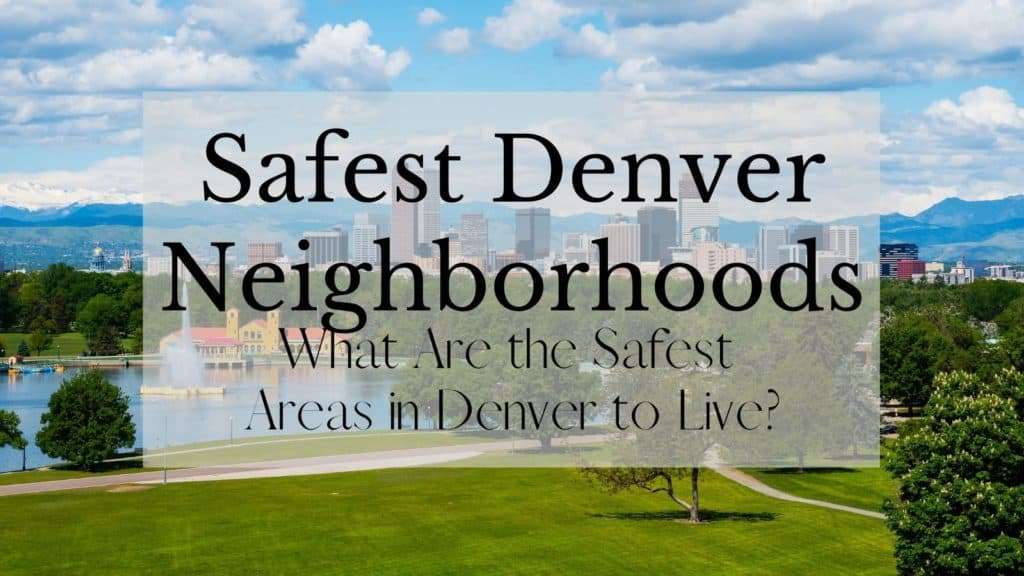 Safest Neighborhoods in Denver | 🔐 What Are the Safest Areas in Denver to Live?

Considering moving to Denver, Colorado? Crime rates and safety may be a big concern for many reasons. You may be moving with children, planning to live alone, or simply feel more comfortable in a neighborhood with a low rate of property crime. Like other metro areas, Denver does have a problem with crime, but it’s concentrated in just a small number of neighborhoods. Even these neighborhoods, however, are popular with a lot of charm, cultural attractions, and natural beauty. There aren’t really many “bad” areas of Denver!

To help you choose a community you can feel comfortable calling home, here’s a look at the safest neighborhoods in Denver and the bad areas of Denver to avoid.

As you consider living in Denver, crime may be a major concern. Is Denver safe? Denver is often ranked as one of the safest cities in the United States for its size. That doesn’t mean there isn’t crime in the city, however.

While this may seem bad, keep in mind almost 50% of violent crime in Denver occurs in just a handful of areas covered below. By avoiding mostly downtown areas and a few other neighborhoods in a cluster, you can dramatically reduce your risk of being the victim of crime in Denver.

LoDo isn’t just one of the safest Denver neighborhoods; it’s one of the most exciting. LoDo is Denver’s oldest neighborhood and known for its galleries, boutiques, restaurants, and lounges. This trendy restaurant, with its illuminated Larimer Square with Victorian buildings and nearby Union Station, has been revitalized in recent years. Residents love the easy access to public transportation, exciting nightlife, and upscale condo living. You can easily enjoy living in LoDo, Denver without a car thanks to public transit and a very walkable community.

Just be aware that LoDo is the third most expensive Denver neighborhood for renters with average rent of $2,229. Even studio apartments in this fun neighborhood range from $1,300 to $1,600. However, you’ll enjoy great amenities at apartments like Alara Union Station with a resort-style swimming pool, a poolside entertainment lounge, an on-site social hub, and a grocery store with a private entrance.

What is there to do in Green Valley Ranch? You’ll enjoy community events like free concerts and outdoor movies plus top-notch amenities like a recreation center and golf course. The Town Center Park boasts a skate park, pond, and open green space. One of the most recent additions to the community is the Gaylord Rockies Resort. You’ll even be served by two light rail stops for easy access to downtown.

Denver is often divided into four quadrants. The Southeast quadrant is home to many of the safest places to live in Denver with something for everyone.
One of the top picks is Cherry Creek, home to 12,600 people. Cherry Creek is one of the most affluent and safest Denver neighborhoods with the highest rent. You’ll pay $2,454 per month in rent to live in Cherry Creek – far above the average of $1,981. You’ll enjoy two shopping centers, tons of art galleries, and the Cherry Creek Trail.

Another top choice is Cheesman Park. Home to the Denver Botanical Garden’s, it’s also one of the most LGBT-friendly neighborhoods in Denver.

The University neighborhood home to the University of Denver, is centered around South University Boulevard. Residents enjoy bars, shops, and restaurants that cater to over 12,000 students with a light rail station serving the neighborhood. It offers a unique energy and attracts lots of families who want a short commute to downtown Denver. You’ll find a great mix of housing options including apartments, townhomes, condos, duplexes, and single-family homes (mostly in the south).

One of the most dangerous areas in Denver is Five Points, a large core neighborhood sometimes called RiNo for the River North Arts District that is contributing to its massive growth. Home to over 22,000 people, it’s one of Denver’s oldest neighborhoods. Once known as the Harlem of the West with a famous music scene in the ‘60s, Five Points is a diverse community that has undergone rapid gentrification.

As a general rule, the downtown streets with the most violent crime in Denver include Colfax Avenue (between York St & Speer Blvd), the 16th Street Mall area, Lawrence St (between Speer Blvd & 20th St), and the Five Points area. Neighborhoods along Federal Blvd west of I-25 also have a high share of violent crime.

The graph below shows Denver violent crime by neighborhood in September 2020. You can see how Federal Blvd and city core neighborhoods account for most Denver crime.

Along with Five Points, other bad areas of Denver to avoid include:

The Denver Crime Map run by the Denver Police Department is a helpful tool for choosing safe neighborhoods in Denver to live.

Most violent crime in Denver occurs in downtown neighborhoods. Some city core communities are dangerous, but most areas of downtown are safe at night and for residents.

Is it safe to live in Denver, Colorado?

Denver has several city core and surrounding neighborhoods with high violent crime rates. However, Denver is a safe city overall with most neighborhoods boasting a very low crime rate.

What parts of Denver should I avoid?

Just 10 city core neighborhoods and neighborhoods along Federal Blvd west of I-25 account for almost half of all Denver crime. This includes Five Points, Montbello, CBD, Capitol Hill, and Civic Center.

Map of Safest Neighborhoods in Denver

Have you settled on a safe Denver neighborhood to call home? When you’re ready to relocate to the Mile High City, Wasatch Moving Company is here to help! Give us a call at 720-798-2878 for a free moving estimate from our friendly Denver movers and count on superior customer care and affordable rates. 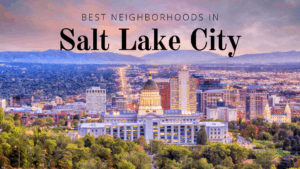 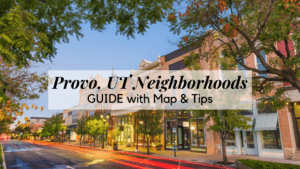 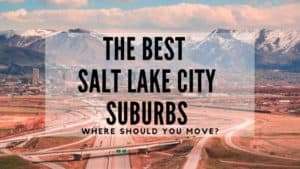 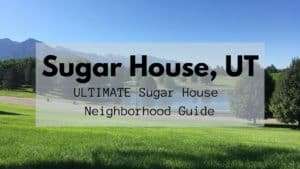