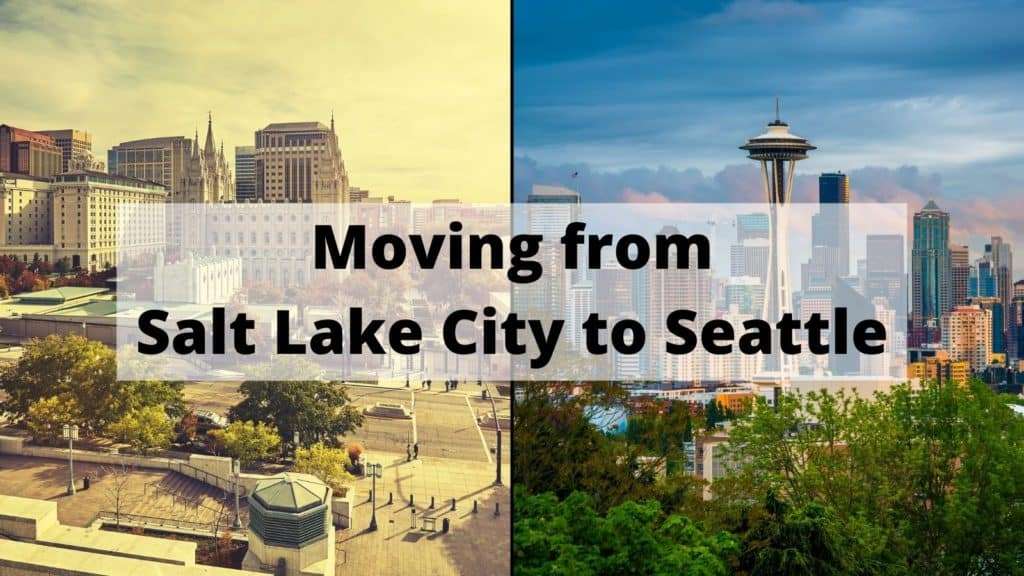 Most people who move across long distances are usually relocating for a job, family reasons, a change of climate, or because they’re simply looking for a new adventure in a new city. When it comes to moving from Salt Lake City, UT to Seattle, WA, there are plenty of good things that come with the change.

While these long-distance moves can be intimidating and stressful, they also bring excitement as well. We understand the various emotions that come with such a major adjustment and do our part to make the transition easier for you.

What Moving to Seattle From Salt Lake City is Like

The population in Seattle is 753,655 residents with a median age of 35 years old. Some of the biggest reasons why people move to Seattle are the strong job market and the safe communities for people of all ages.

Seattle demographics should the city is growing more diverse with the current population made up of 63% Caucasian, 17% Asian, 7% Black or African American, and 7% Hispanic or Latino. As an affluent city, the median household income in Seattle is $102,486. 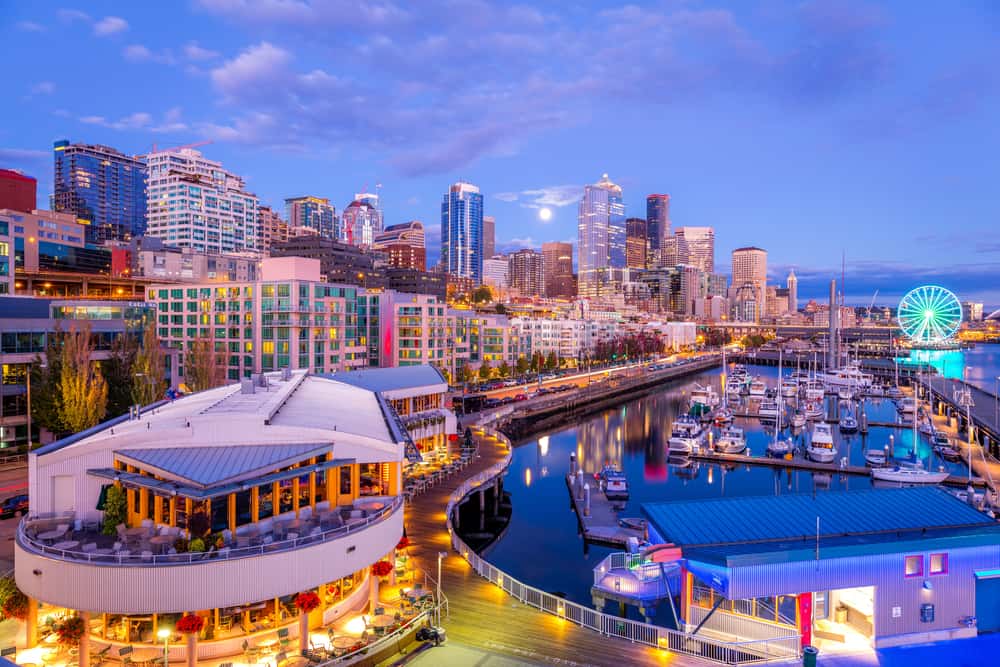 Among the many reasons people relocate from Salt Lake City to Seattle is because of the culture and amenities the area has to offer. As the northernmost city in the United States, Seattle is a city in Washington located between Puget Sound and Lake Washington.

With a nickname of “Emerald City”, the city of Seattle is known for its beautiful evergreen forests and other vibrant plant life. There is also an incredible variety of fun things to do in Seattle.

Benefits of Moving from Salt Lake City to Seattle

As you consider the pros and cons of Salt Lake City vs Seattle, you’ll find both cities have much to offer. Some of the top things to do in Seattle include the Pike Place Market, the Space Needle, the Museum of Pop Culture, the Seattle Aquarium, and more.

The cost of living in Seattle vs Salt Lake City is noticeably different with Seattle being much more pricey. The biggest difference is with Seattle’s housing market, which is nearly twice as expensive. But people moving from Salt Lake City to Seattle will also begin paying less for healthcare costs and home utilities.

Seattle is known for having a lower crime rate than Salt Lake City. As you search for the best places to live, the safest neighborhoods in Seattle are Westlake, Madrona, Ravenna, Portage Bay, and North Queen Anne.

In a Mediterranean temperate climate, the weather in Seattle has cold, wet winters and warm, mildly humid summers. Average summer temperatures in Seattle are between the mid-50s and low 70s, while winters bring temps between the upper 30s and mid-40s. Seattle gets an average of 38 inches of rain per year.

There are benefits to getting help with any relocation but with a long-distance move, the help is even more welcome. You’ll instantly see the benefits of hiring SLC to Seattle movers as they create a stress-free relocation experience that is smooth and simple. These professional crews are there to save you time as they bring the necessary moving supplies and assist you with packing.

As long as you find a team like Wasatch Moving Company that has strong experience and industry expertise, you can count on them to provide all the services you need. Along the way, they will ensure your furniture and other belongings are protected. On top of that, they’ll also help you avoid hurting your back by doing all the heavy lifting.

Along with these benefits, reliable Salt Lake City to Seattle Movers will provide other professional services including:

Before you pick any team for your upcoming relocation, it’s important to do research and determine what company will be the most dependable. Reading Salt Lake City long-distance reviews is a great place to start as you’ll find testimonials from past clients about their experience and how they were treated. It’s also vital that you only choose a business that is licensed and insured to handle long-distance moves from Salt Lake City to Seattle.

Wasatch Moving Company has been serving the area of Salt Lake City since 2015 and has handled countless relocations to Seattle during that time. Our top-rated long-distance moving company has all the right equipment and designated trucks to handle these major transitions properly while preventing damage to your belongings. We have over 40 team members who are highly trained in all the best moving practices as well as premier customer service.

Over the years, Wasatch Moving Company has completed more than 10,000 successful relocations. Numerous transitions have included moves from Salt Lake City to Seattle. It’s not always easy to find a trustworthy long-distance mover, but our 5-star Google reviews are proof of our customer satisfaction rate.

What does it cost to move from Salt Lake City to Seattle? Our knowledgeable Salt Lake City long-distance movers are here to discuss your specific needs so we can provide you with a clear and affordable moving quote. Our relocation estimates are based on where you are moving, the number of belongings you own, and the types of services you’re interested in. 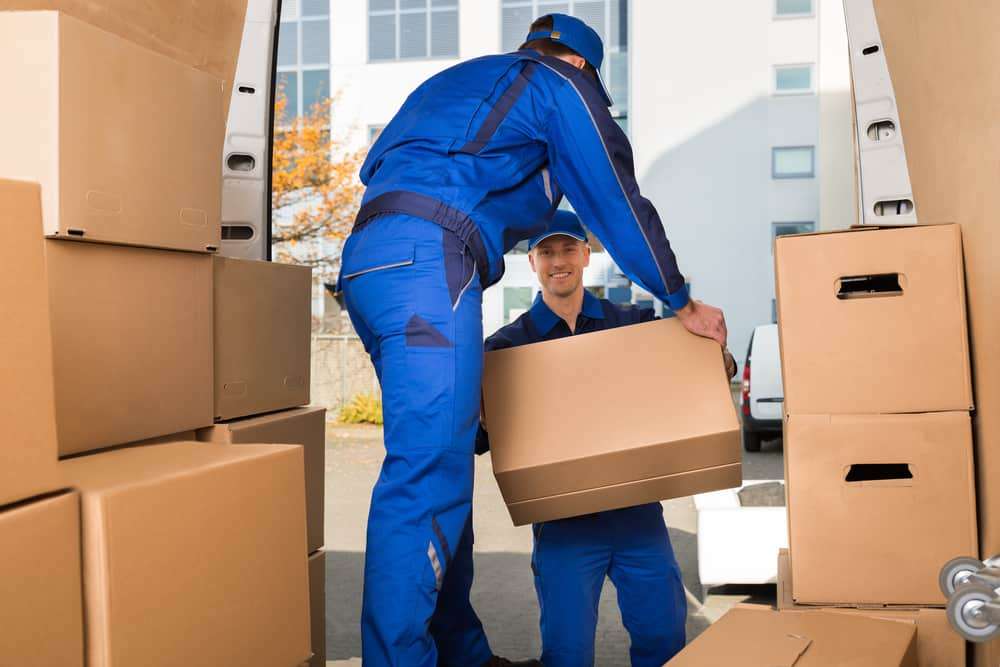 Other factors that are taken into consideration for your moving price include:

Most people who prepare for long-distance relocations from Salt Lake City to Seattle typically drive themselves, fly, or take a train to the new destination. Depending on your intentions, planning ahead will give you more peace of mind and a sense of organization as the moving date gets closer.

Average flight times between these two cities are around 2 hours and 20 minutes. The average cost of a flight from Salt Lake City to Seattle is between $130 to $200.

Traveling from Salt Lake City to Seattle by Train

Travel time from SLC to Seattle by train is around 36h 40m including a 1-hour transfer. The total cost of a train ticket is between $164 and $230 depending on the time of year.

The train from Salt Lake City to Sacramento is known as the California Zephyr, while the one to Seattle is called the Coast Starlight.

So many amazing perks come along with relocating to Seattle. If you need long-distance movers to help you get from Salt Lake City to Seattle, the team at Wasatch Moving Company is here to handle it. Give us a call today at (801) 758-0030 or complete the Request a Quote form at the top of this page! 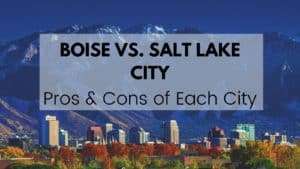 Since Utah and Idaho are so close together, we understand the hard decision that occurs 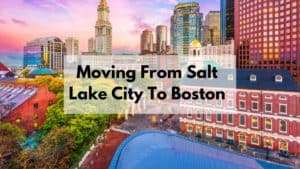