Considering a move and trying to decide whether to live in Salt Lake City or Denver? Both cities have a lot to offer and share plenty in common: both are mountain cities known for their world-class skiing, outdoor lifestyle, and tech economy. Both cities are also growing rapidly.

Pros & Cons of Living in Salt Lake City vs. Denver

Which city is right for your lifestyle and budget? How do you like to stay busy? Here’s an overview of the top pros and cons of Salt Lake City vs. Denver, Colorado.

Do you have trouble navigating a big city, even when you’ve lived there for years? One of the benefits of living in Salt Lake City is it’s easy to learn your way around thanks to its grid layout. The city is divided east to west by Main Street and north to south by South Temple Street. Temple Square is the center of the city’s unique grid system — called the Plat of Zion — and addresses are in increments of 100 that tell you the relative distance from the center. That means 900 E 700 S is 9 blocks south of Temple Square and 7 blocks east. Once you get used to the system, you’ll find it’s a big perk to living in Salt Lake. 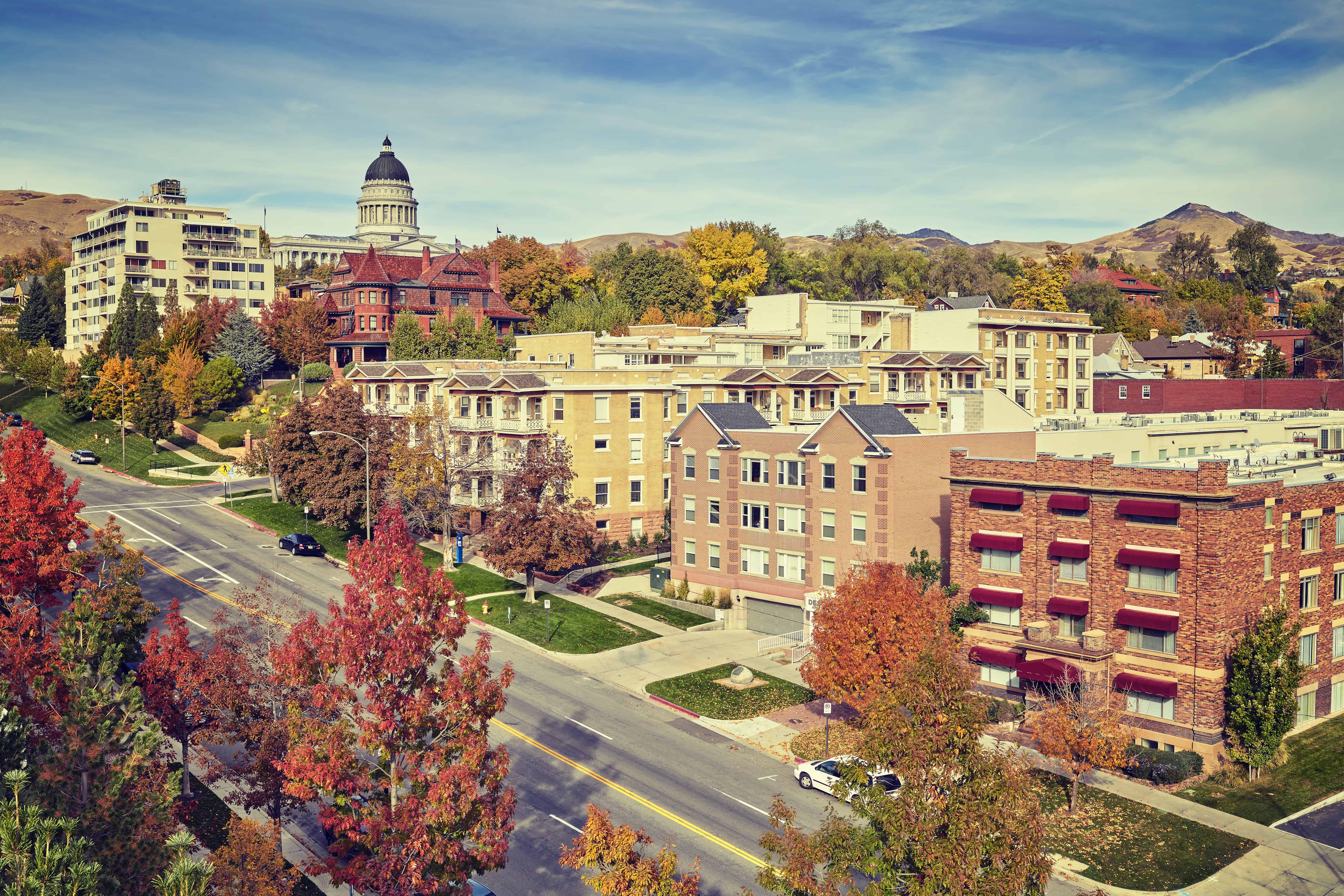 Salt Lake City has plenty of public transit options to help you get around and avoid a long commute. The Utah Transit Authority operates commuter rail cars, light rail vehicles, and buses. There’s even a free fare zone that covers most downtown destinations! To make it even easier, you can use the UTA Tracker app to see routes and nearby stops.

Despite a very strong economy, SLC remains fairly affordable, especially when you contrast it to other mid-sized to large cities. How do Salt Lake City vs. Denver compare? The median sales price in Salt Lake City was recently $273,000 — $90,000 lower than Denver. Salt Lake was named one of the hottest markets in the United States and its growth is expected to increase in coming years as millennials from areas like Denver, Los Angeles, and Austin seek more affordable housing.

Unlike other big cities, you can afford to live near where you work — a huge benefit of living in Salt Lake City. There’s even a growing number of luxury downtown apartments and mixed-use developments and the city has taken a proactive approach to combating the rent crisis across the country.

If you’re planning to move for a job, you’re in luck. Utah is one of the top states to find a job in the country, and SLC is one of the best cities for jobs with a strong economy, a low 3.9% unemployment rate, and strong growth in healthcare, technology, retail, and government. Top employers include the University of Utah, Delta Airlines, Salt Lake County, and L3 Communications Corporation. The region is also known as Silicon Slopes thanks to the tech startup boom with major tech companies like Oracle, Microsoft, and Adobe opening headquarters in the city.

The LDS Church Is Very Influential

This isn’t necessarily a con of living in Salt Lake City, but something to keep in mind if you are moving to SLC from outside of Utah. While Salt Lake City is now, for the first time, Mormon-minority, it has traditionally been a challenge for some people living in the community who do not belong to the LDS church. The Mormon influence can be seen in construction — with many developments often funded at least partially by the Church — and the Church operates or controls the top radio station and television network, one of the top newspapers, the largest bank, and a major university. You’ll see this influence in many ways, such as the bar options, low alcohol content, and lack of stores open on Sundays. 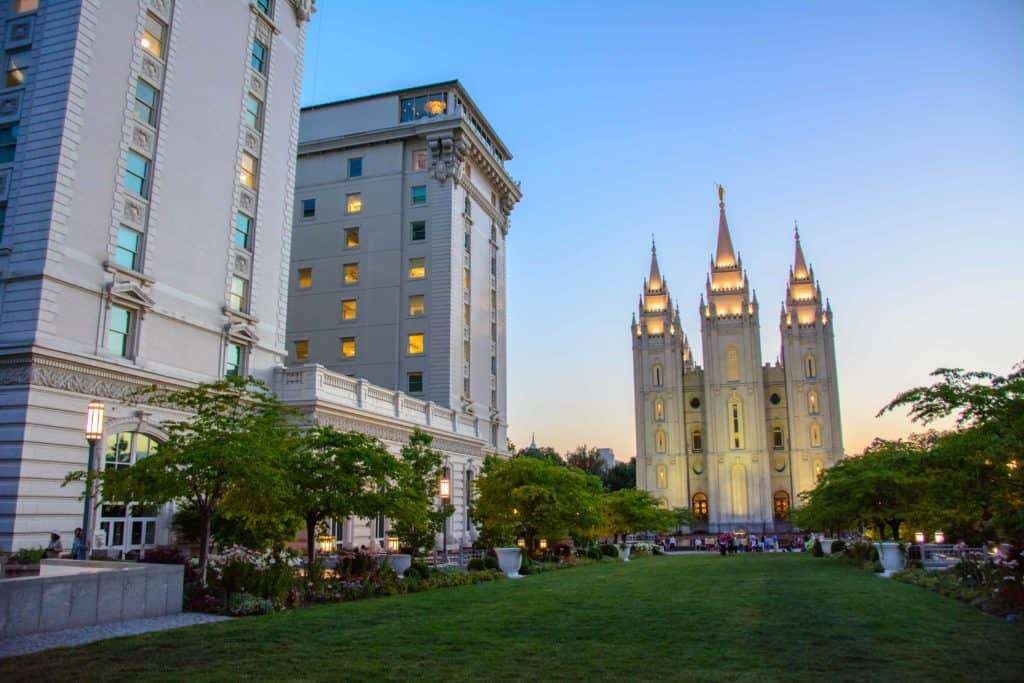 That’s not to say that the LDS Church’s influence on Salt Lake City is a disadvantage or bad thing! After all, it’s part of the reason Utah has one of the country’s lowest rates of economic inequality with a powerful private welfare system available to church members and non-members who fall on hard times.

Air Quality Can be a Concern in SLC

Between December and February, you’ll often experience what’s called “inversion” which happens when cold air is trapped below a blanket of warm air, covering the city in a thick fog that traps pollutants and reduces air quality. Inversion can be problematic if you have lung or respiratory concerns and it’s a major drawback of living in Salt Lake City.

Exciting Things to Do in Denver

If you love to live in the moment and spend time outdoors, you’ll be busy in Denver. The list of activities year-round is never-ending and includes everything from backpacking, camping, and hiking to white water rafting, skiing, snowboarding, and fishing. Explore national parks in the area, hit the hot springs, and enjoy majestic views everywhere you go to see just some of the pros of Denver.

One of the biggest strengths of Denver? The Mile High City is one of the most bikeable cities in the U.S. and it’s one of the flattest cities which means less work to get around. Stay active and bike to work or explore the city. The most famous bike route is Denver’s Cherry Creek Trail that takes you from downtown to the Cherry Creek Reservoir. Don’t have a bike? Just use one of Denver B-Cycle’s 88 bike-share stations! 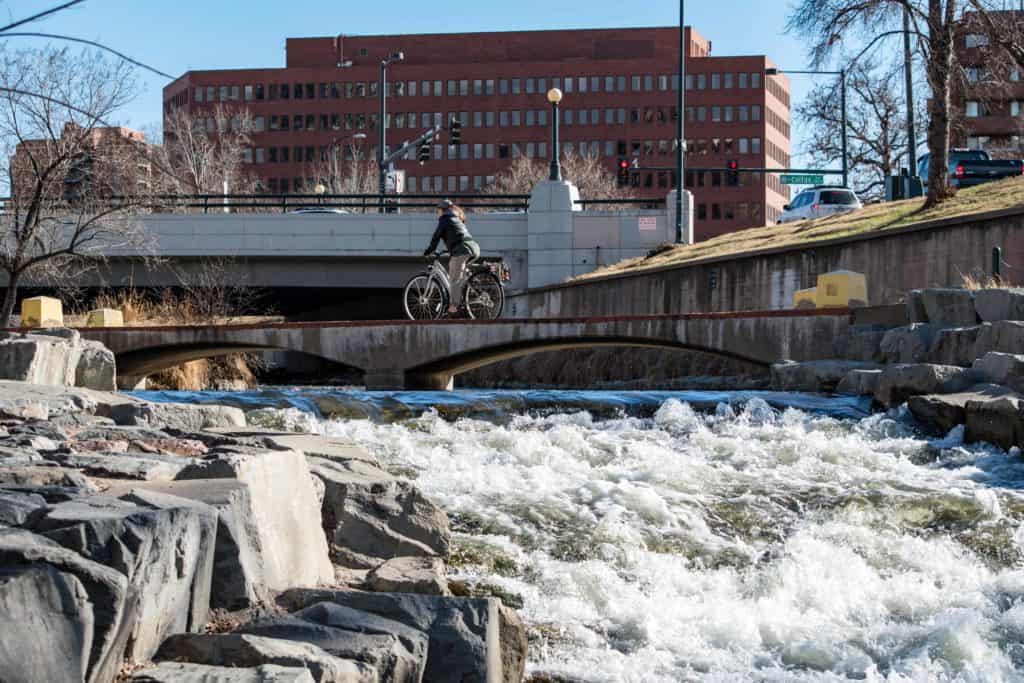 Love sporting events? Denver has every major professional sports league in the country including basketball, baseball, hockey, and football. The Colorado Rapids represent Denver in Major League Soccer and there are two pro lacrosse teams. You can even make the drive to Aspen for professional winter sports.

Denver may not be as expensive as San Francisco or New York, but it’s still a costly city. When you compare housing costs in Salt Lake City vs. Denver, it’s easy to see why many Denver residents are making the move to SLC to enjoy mountain life without the high cost. Denver is now experiencing one of the largest housing cost increases in the U.S. Thanks to rising housing costs, 78% of the average resident’s expenditures are essential and include housing which leaves just 20% for entertainment, saving, and non-essentials.

You Spend a Lot of Time Driving in Denver

When you compare Salt Lake City versus Denver, you’ll see that Denver’s location is far from ideal. The Denver International Airport is far from the city, unlike Salt Lake’s airport, and it takes hours to drive into the mountains. One of the drawbacks of living in Denver is the traffic which is often compared to Los Angeles.

The Cost of Living in Salt Lake City vs. Denver

How far will your money go in each city? Will you be able to afford to buy a home or rent an apartment close to work or will you be forced to move farther into the suburbs? When choosing where to live, cost of living is probably at the top of your list. When you compare the Salt Lake City vs. Denver cost of living, you’ll notice that SLC is significantly more affordable.

You would need $4,000 in Salt Lake City for the same standard of living you would get with $4,900 in Denver, according to Numbeo.

Here’s how the comparison breaks down:

As you can see, the most dramatic difference in the Salt Lake City versus Denver cost of living comes down to housing costs. While the median home price in Salt Lake City is a reasonable $273,000, the median home in Denver is around $365,000 — although Denver’s experiencing rapid increases in housing costs and the average home will soon top $500,000. You’ll see the same disparity when it comes to rent: average rent in Salt Lake is $1,240 while the average apartment rent in Denver is $1,660, according to RentJungle.

Check out our more in-depth guide to the Salt Lake City cost of living to find out more.

Additional Things to Consider Between Salt Lake City vs. Denver

Do you prefer living in a large, densely populated city with all of the action at your fingertips? Or would you prefer less urban sprawl? When you compare Salt Lake City vs. Denver population, you’ll see that Denver has more than three times the number of people as SLC as well as a higher median age of 32 versus 36. Denver also has more diversity, but this is changing in Salt Lake.

Safely is a big concern when you compare Salt Lake City versus Denver. The two cities are actually very similar in most regards, although Salt Lake does have higher rates of property crime and theft than Denver.

Climate is a big deal and worth considering when you’re deciding where to live. After all, you’ll be dealing with (and talking about!) the weather a lot, so you want to know ahead of time if you’ll be able to live with it. When you compare Salt Lake City versus Denver, you’ll find winters are more extreme and colder in SLC while summers are cooler in Denver. Denver gets more sun and milder temperatures while Salt Lake is more known for its extremes. You’ll also get more snow in Salt Lake City. 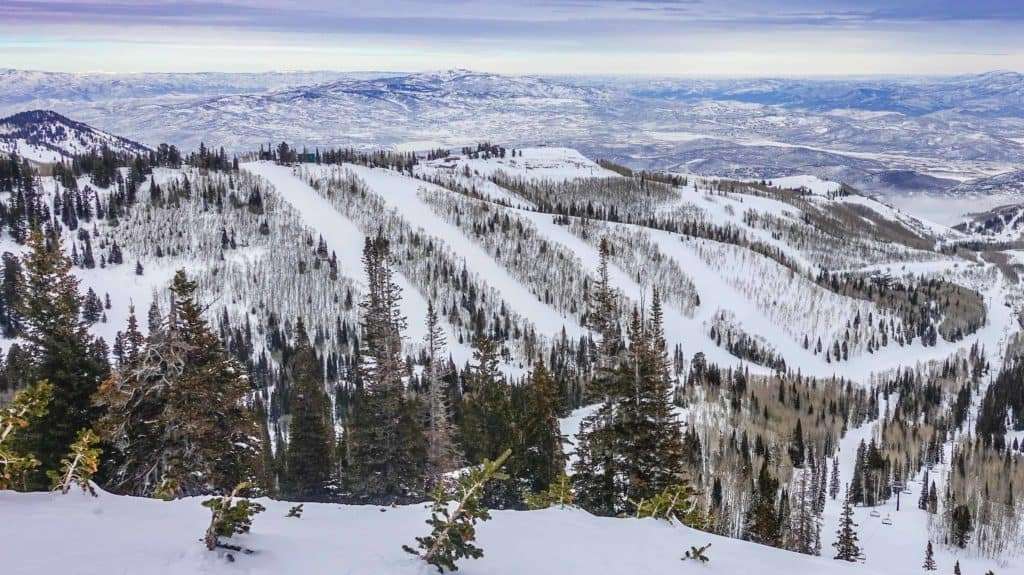 Denver and Salt Lake City are both known as outdoor meccas with world-class skiing. How do Salt Lake City vs. Denver actually compare? SLC has five nearby national parks and there are 10 ski resorts within driving distance like Alta Ski Area and Snowbasin Resort. The Wasatch Mountains of Utah are known for having the Greatest Snow on Earth and you’ll find it more affordable to ski and snowboard in Utah compared to Colorado. By comparison, Denver’s ski resorts are costly and lack the sprawling and varied terrain. Plus, let’s face it, the light, fluffy powder from the Great Salt Lake is unlike any other.

Salt Lake City vs. Denver: Where Are You Moving?

If you’ve settled on a move to Salt Lake City, trust the affordable SLC movers at Wasatch Moving Company to deliver the personalized service and quality care you deserve. Check out our comprehensive guide to moving to Salt Lake City then call us at (801) 758-0030 to request a free moving estimate today! 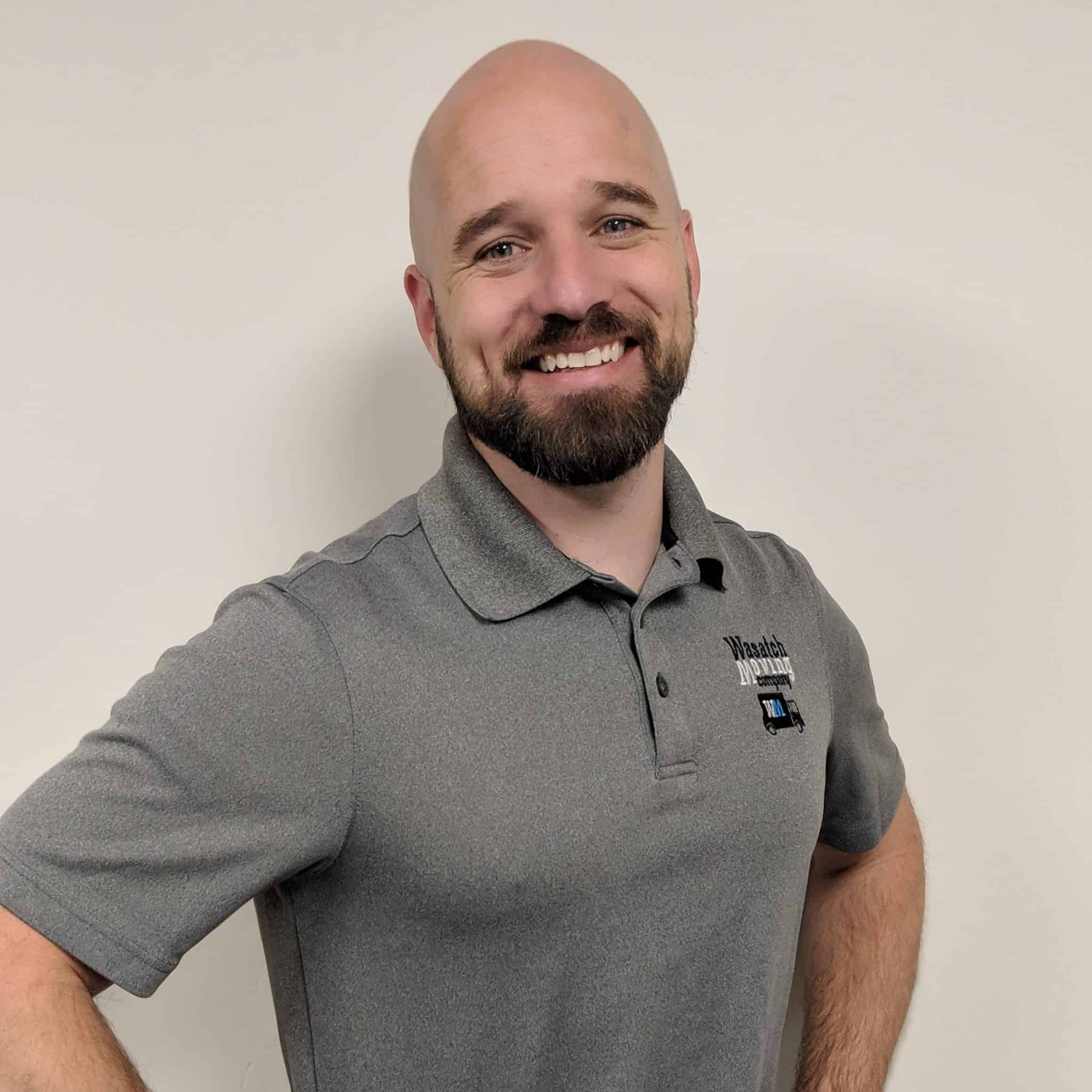