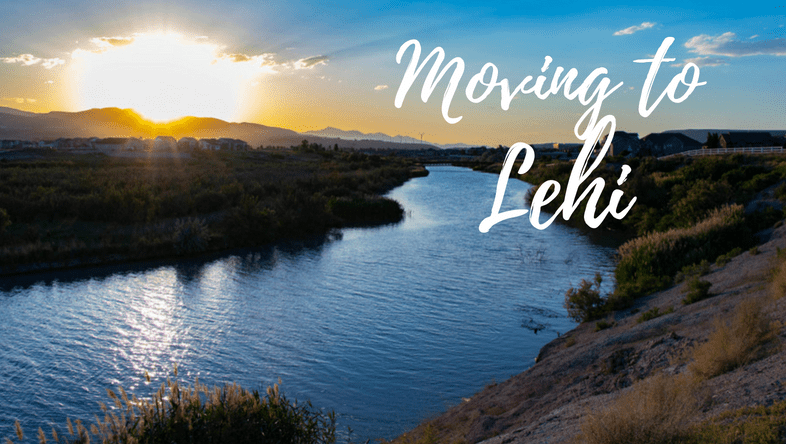 Your Guide for Moving to Lehi – Wasatch Moving Company

Lehi, Utah, is quickly becoming a hub for culture and technology, all the while maintaining the charm of a small, scenic mountain town. So it’s no wonder more and more people are moving to Lehi every year. Thinking of relocating to Lehi? Explore our guide to immerse yourself in this family-focused haven in the heart of Utah.

Reasons to Move to Lehi

One of the many benefits of living in Lehi is the reflection of its rich history throughout its architecture, festivals and museums. Found by the Mormons in 1852, Lehi changed names several times, going through names like Snow’s Springs and Sulphur Springs before eventually landing on Lehi. The town played a large role in the early pioneer days of the West and was featured on both the Pony Express and Transcontinental Telegraph. The Lehi historic downtown includes a collection of 19 historic buildings with Gothic and Italianate architecture.

Lehi’s Population is Taking Off

As Silicon Valley expands its reach, many move to Lehi to take advantage of the opportunity to work in these modern and supportive offices. The US Census Bureau rated Lehi as the fifth-fastest growing town in the county, pulling in a much younger crowd than many comparable cities.

A younger population bustling with children brings more parks and cultural development throughout the city. One of the many benefits of moving to Lehi either with a family or on your own is the selection of outdoor adventure opportunities as well as its many cultural centers. Among these is the popular Thanksgiving Point, which features learning and lounging opportunities for every age group. 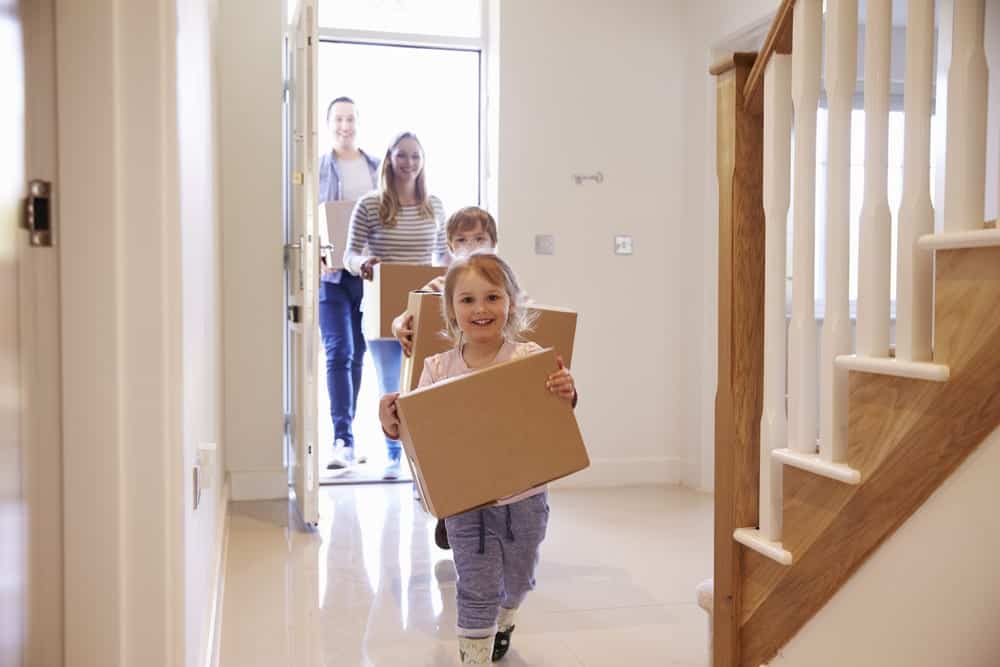 Though some may consider the quickly growing population both a pro and a con of living in Lehi today, Lehi’s population is growing exponentially each year. Currently just above 61,000 people, Lehi population growth grew from a shocking 48,000 just since 2010. Whether this stems from its blossoming job opportunities or the general movement of families to smaller cities, Lehi is taking off at notable speed.

A trade-off to this new crowd moving to Lehi: traffic patterns are still finding their groove to keep up. Though progress is being discussed for alleviating the major intersections, it’s important to keep this in mind for your commute.

A Town for Kids

Currently, 43% of Lehi’s population is made up of children under the age of 18. It’s no wonder Lehi offers such a large selection of parks and activities. So though Lehi is having some growing pains for traffic, it’s a fantastic place to raise a family.

So how does daily life in Lehi stand up to the rest of the country? Compared to both the state and national average, Lehi’s cost of living is a bit higher across the board. The differences are far from extravagant however, with the median home cost just above $350,000. This is partially due to the higher median household income in Lehi, of which the local tech companies highly effect.

Throughout other categories, such as groceries and transportation, the cost of living in Lehi is quite comparable to other areas of its size.

As a medium-sized city, residents have a good deal of choice when searching for the best and safest neighborhoods in Lehi. Lehi neighborhoods are primarily residential, with an exception around its historic downtown city center, which also boasts a collection of single and multi-family homes. More modern areas, like the Traverse Mountains neighborhood of Lehi, features a good deal of new home construction with ample views of the surrounding mountains and area.

The weather in Lehi is relatively dry throughout the warmer seasons compared to the rest of the country, but gets more snow—an average of 40 inches—than the standard town in its colder months.

Surrounded by towering mountains and perched on the bank of the Jordan River, temperature and humidity often fluctuate but are leveled out with an impressive amount of steady sun throughout the year. Overall, Lehi is considered a pleasantly comfortable town the majority of the year compared to other cities.

Things to Do in Lehi

Without a doubt, families are heading in droves to the Lehi scene due to the balance natural lifestyle filled with cultural activities. Whether you’re a family looking for an educational outing in a museum or a couple seeking a challenging mountain hike, Lehi has things to do for every personality and preference.

Families and individuals can expand their athletic prowess and community building at Lehi’s Legacy Center, equipped with sports facilities, a swimming pool and a range of programs. The Legacy Center is the answer for exploring Lehi with kids, especially when you’re settling into the area for the first time.

One of the top Lehi attractions on the list, Thanksgiving Point is a sprawling center for family activities, gardens and museums. It includes the Museum of Natural Curiosity, an adventure-focused center geared to children’s exploration of nature and science as well as the Museum of Ancient Life, which dives into the natural history side of things.

Thanksgiving Point also features a movie theatre, golf course and a collection of gardens, adding to the many Lehi activities you can explore all in this one spot.

Peruse small local business and even check out the original site of the movie Footloose in the quaint Lehi downtown area. The Lehi Historical Center adds a plethora of year-round family activities in town, especially on Lehi Heritage Day. The annual festival includes a parade, car show, barbecue and a day of family activities based on learning more about the town’s past. Residents are even encouraged to don historical dress if they choose! 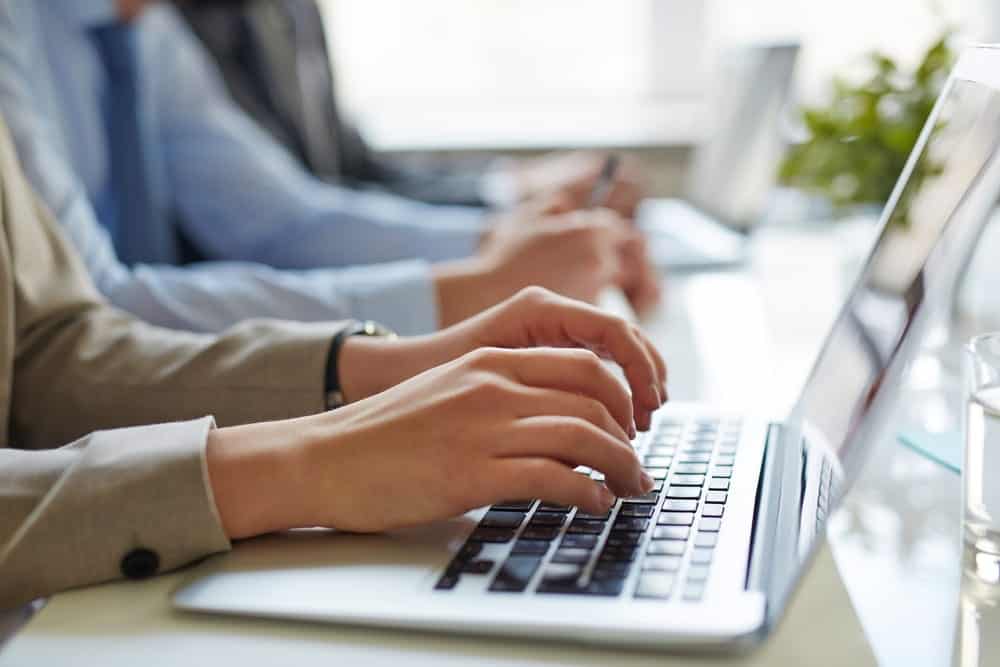 Some of the top employers in Lehi come from the booming tech industry in nearby Silicon Valley. Lehi is one of the top cities in the world for math and computer-related jobs. No matter the industry, Neighborhood Scout reports that over 85% of jobs in the area are professional office and sales workers, with another relatively large percent working in telecommunication jobs from home. This latter group often also works for the technical field, as these positions are often possible on a remote basis.

The city’s growth has no doubt come from this boom in top Lehi jobs, creating a community that is both supported financially and culturally.

With the impressive percentage of children in Lehi, schools are a major focus in the region. With a mix of traditional public, charter and magnet schools, Lehi schools receive generally all-around solid ratings and reviews throughout all grade levels.

Though private schools are not a large part of the Lehi school community, Lehi does feature wide public school choice as well as ample community and athletic activities throughout the town.

Living in Lehi is becoming an increasingly popular and exciting choice for young parents and their families. If you’re thinking about moving to Lehi, contact us to speak with our team about making your transition as smooth and welcoming as possible. By easing the moving process through our expert packing and moving services, we at Wasatch Moving Company can help you feel right at home in your new Lehi residence in no time at all.