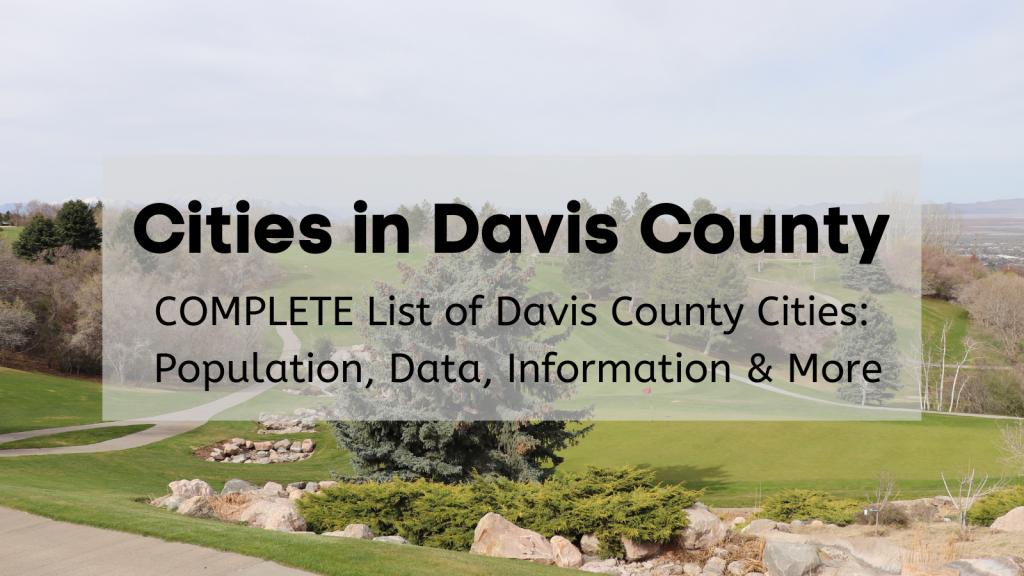 If you’re thinking about moving to Davis County, UT, you’re probably already doing your own research for the biggest cities to find the best place to live for your needs. We’re breaking everything you need to know about Davis County before relocating.

Davis County, Utah, was founded in 1850 and was named after Daniel C. Davis. It’s the third most popular county in the state of Utah and is a family-friendly community.

Three of the top attractions that are famous throughout Davis County are the following: Lagoon Amusement Park, Cherry Hill, and Antelope Island State Park. In fact, Lagoon Park is Utah’s largest amusement park.

The climate in Davis County is dry and often hot during the spring and summer, and cold and wet in the winter. There are 226 days of sun, 21 inches of rain per year, and 45 inches of snow (well above the national average of 28 inches) per year.

According to the United States Census Bureau report, here is a breakdown of the information of Davis County: 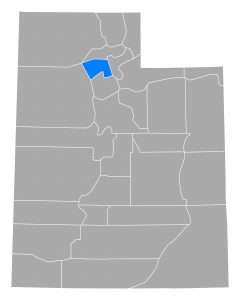 Layton, Utah, was incorporated on May 24th, 1920, and has grown into one of the top economic development leaders. The city provides a safe place to raise your kids, while being a family-friendly community. SeaQuest Utah, Great Salt Lake Shorelands Preserve, Adams Canyon Trail, Andy Adams Park, and Layton Commons Park.

Before moving to Layton, UT, here are 10 things you need to know!

Bountiful is a city in Davis County and got officially incorporated in 1892 after being settled on September 27th, 1847. There are so many fun things to do within this city like: Big Brain Escape, Creekside Park, Bountiful City Park, South Davis Recreation Center, and Bountiful Bowl.

If you’re thinking about moving to Bountiful, UT, rest assured that it’s a great city, and the residents are proud to live there. It is a beautiful place to call home that is safe, family-friendly, quiet, and one of the best places to call home. While around 80% of residents are part of The Church of Jesus Christ of Latter-day Saints, you can still call this city home even if you’re not Mormon.

Syracuse | One Of The Wealthiest Suburbs In Davis County

Syracuse is known for being one of the wealthiest cities in Davis County, UT. It’s a safe, welcoming, and family-friendly community and is one of the best Utah suburbs to call home. Finding new and exciting things to check out in a city, whether you’ve lived there your whole life or are new, can be challenging at times.

Here are some of the top-rated things to do in Syracuse, UT: Jensen Nature Park, The Rush Funplex, Antelope Island State Park, Centennial Park, and Fielding Garr Ranch.

Kaysville has been around since 1850 and is best known for its cherry orchards. It’s a great place for families due to the safe neighborhoods, good schools, and kid-friendly activities. The most popular things to do in Kaysville include: Cherry Hill, Boondocks Food & Fun, Barnes Park, Heritage Park, and Hatchet Jaxe Axe Throwing.

With the affordable cost of living and close community, people are interested in relocating to Clearfield, UT. The official motto is “We’ve Got It Made,” and there are plenty of fun activities to participate in throughout the city. Some of the most popular include Urban Air Trampoline And Adventure Park, Steed Park, and Neldon Hamblin Park.

This safe and family-friendly community is ideal if you’re looking to settle down.

Clinton, UT, is one of the best places to settle down and call home. What makes Clinton stand out is its wide assortment of restaurants. Here are some of the most popular: Hibachi House of Clinton, Tataki Sushi Bar, Pizza Pie Cafe, Tonyburgers, Costa Vida, Zaxby’s Chicken Fingers & Buffalo Wings, and Papa Murphy’s | Take “N” Bake Pizza.

Whether you’re a young adult, a family, or looking to retire, Clinton, Utah, has something for everyone!

North Salt Lake is a community-focused city, and they have created an area called Orchard Community Garden where residents can reserve a certain number of plots to grow their food. It is essential to note that each individual is responsible for preparing, planting, maintaining, and cleaning up their plots.

If you’re looking for some family-fun restaurants to try out, here are some of the most popular: Alice’s Kitchen, Nacho House, Our Kitchen Cafe, Janet’s Sunshine Cafe, Kneaders Bakery & Cafe, R&R BBQ, and Atlantis Burgers.

A post shared by City of North Salt Lake (@nslchat)

Centerville | Home To B.H. Roberts Who Was The Leader Of The Latter-day Saint Church

Centerville was incorporated on May 4th, 1915, and was where the first ever brand of The Church of Jesus Christ of Latter-day Saints got established in 1850. If you’re looking for a safe and affordable place to call home, consider Centerville, UT.

West Bountiful got incorporated in 1949 and officially became a city in 1962. While it might be a small city, it’s a great place for families and young adults. Plus, there are still fun activities like: Lakeside Golf Course, Legacy Nature Preserve, and West Bountiful City Park.

How Many Cities Are There In Davis County?

There are 15 cities in Davis County, Utah.

What Is The Most Populous City In Davis County?

The city in Davis County, UT, with the most residents is Layton.

What Is The Wealthiest City In Davis County?

The wealthiest city in Davis County, UT, is Syracuse.

What City Is The Largest In Land Size?

The city with the largest land radius is Layton with 22.65 square miles.

Which Of The Counties Cities Is Right For You?

Are you thinking about moving to Davis County, UT? Wasatch Moving is an award-winning, professional, top-rated moving company and the best choice for your upcoming relocation! Call us today at (801) 758-0030 for a free estimate!